March 24, 2015
Restoring our freedom of association would go a long way toward fixing a lot of the problems we are currently facing. No sane White wants to live anywhere near the negro or la-teen-oh animal. Every healthy White is aware of the spiritual poison coming out of the entertainment industry, even if they don't know about the jew behind it. Whites going their own way would not only save our race, but condemn our enemies to the same predictable failure you can find in any African or Latin American nation. Without a host, the jewish parasite would waste away. This means our enemies must prevent White self-determination at all costs. If it means phony "hate crimes" committed by a mentally defective marxist attorney, so be it.

A Texas lawyer has come forward claiming he is responsible for plastering stickers that read 'Exclusively For White People' onto business storefronts last week. 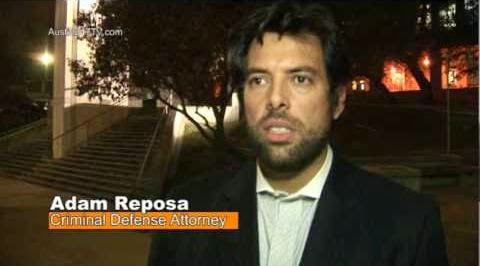 Alien put up stickers to stir up hatred of Whites.

Adam Reposa, 40, a criminal defense attorney explained why he put up the stickers in a video posted on Thursday, titled Why I did it.

Don't expect any honesty, like "I wanted to encourage the schwoogies to attack Whites and maybe earn some shekels in the process."

A shirtless Reposa is seen saying it would be obvious that even though people know the real problem, which is that 'people without money are getting pretty f***ed, they are getting pushed out and pretty quick this area of town is turning into whites only'.

A half-insane racial pot-luck shyster rants about the "poor" and shares its blind hatred of Whites. Any time the number of Whites is increasing it's bad. When it decreases it's good. This is the message we've been hammered with by our ruling criminals. Diversity means fewer Whites. That's all it means. 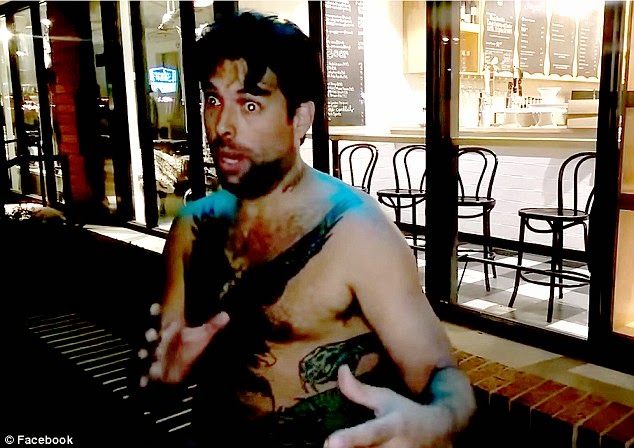 Nelson Linder said: 'It's repugnant and also alarming, and also indicative of a mentality that doesn't understand race relations.

Our enemy understands "race relations" all too well. Destroy Whites with cultural marxism, buy off the brown sewage with a few handouts, make a tidy profit and rule over ruins.

'So if you're trying to help race relations, you just did the worst thing you could possibly do.'

The best thing would be segregation and then deportation.

On Wednesday, a picture of the sticker on a local business surfaced on Facebook causing outrage after at least six businesses were left with the seals.

The non-White alien is up in arms. The jew behind it laughs and counts the geld.

Reposa said he is not worried about offending people or stirring up racial tension.

'It's regrettable and unfortunate and as soon as we can step beyond that precious of mawkish emotionality and just look at the real facts like human beings, is the moment that we have the chance for real progress.'

'But I knew I could bait all of y'all into being as stupid as you are and allowing the issue to be framed of the in the most simple way. "Oh he said an offensive term, let's not worry about the actually condition of the way things are, let's worry about an offensive term".

Look at me manipulate the goyim! 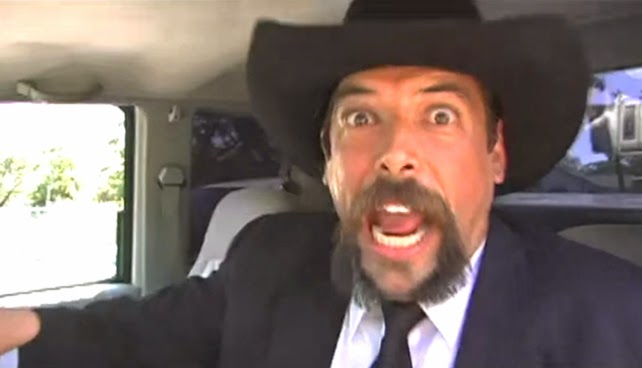 The villain with a thousand masks.

'I use the technology every day to create possibilities. Apply the technology in your life and stop worrying about getting snitched on because it don't make a f*** what I did because I'm gonna do it again, I don't give a f***.'

We gain so much by sharing our society with this.

He wrote: 'My f***ing bad y'all. I had no idea that pointing to institutional racism was so repugnant. Wait a second, am I giving a f***. F*** that. I ain't sorry. I ain't nothing but a particle floating through the darkness.

More like a brown turd floating in the toilet bowl that is the present day U.S.S.A.

'As a multiracial family with a multiracial staff, there's nothing funny about this … It's sick,' Olivia Guerra O'Neal, owner of Sugar Mama's Bakeshop, told KXAN following the incident. 'We are disgusted by this act of vandalism and cowardice.'

The stickers feature what looks like an official City of Austin seal and the message 'sponsored by the City of Austin Contemporary Partition and Restoration Program.

Austin police said they are aware of Reposa's YouTube video and are investigating, and he could possibly face vandalism charges.

If this was a real "hate crime" against the precious non-White, I know let's just pretend they happen, you can bet the White person would be facing ten years in an "over-crowded" prison, not a possible (but unlikely) vandalism charge. All animals are equal, some much more so. 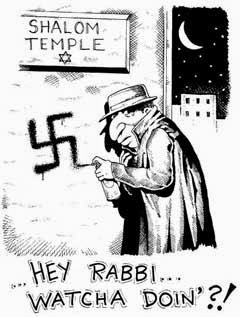