March 09, 2015
There's a predictable pattern to the manufactured outrage, the only thing the U.S.S.A. actually manufactures these days. First we get the shocking story of an innocent "teen," who was just minding his own business and probably would never steal cigars, being executed by "races" White police. Then, before the kosher wailing has even stopped, the hate facts quickly come out via the internet and citizen journalists. We discover the "youth" in question had an extensive criminal past. We find out it was walking down the center of a street, a uniquely "African American" tradition. We find out the police were fully justified. Months pass. The lie finally is silently tossed aside, with a few sour grapes mumblings about how everything is still "races." Then it's on to a fresh brown corpse and the same pattern can play out again.

That's all fine and good, but was he turning his life around or on the way to see grandma?

"We have to be clear about this," Koval said. "He was unarmed. That's going to make this all the more complicated for the investigators, the public, to accept, to understand ... why deadly force had to be used."

The average Amurrrikann lacks the intelligence to understand a mildly complicated string of events, so if they end up burning and looting while calling for "justice," we fully understand.

Kenny was exonerated of any wrongdoing and even received a commendation, the chief said, adding that the incident was "concluded to be a suicide by cop" situation.

Open and shut, right? Well, no, we need an anti-White narrative.

Afterward, protesters in this university town took to the streets and converged on City Hall, chanting "Black lives matter." 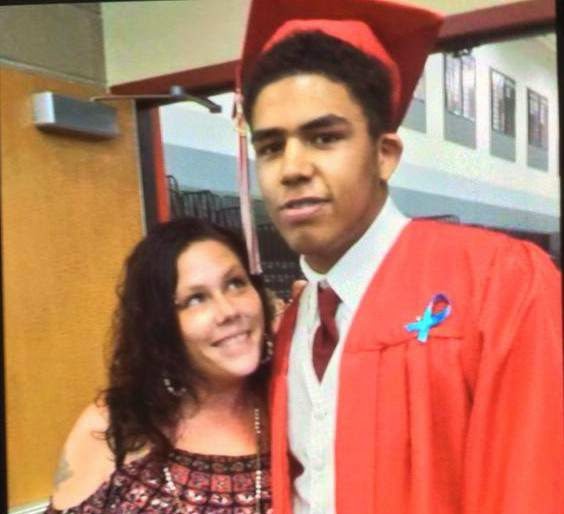 Turning his life around, good kid, future geologist or rapper.

Koval called for calm, while acknowledging the protests are reminiscent of those that followed the deaths of black men in Ferguson, Missouri, and Staten Island, New York, after confrontations with police.
I understand that thanks to the electronic synagogue and kosher chemicals the average debased "citizen" has a short memory, but do they really think we need this reminder? For months a lie dominated the news, then it was all over. Could this be the new deception?

"In light of so much things that have happened not just across the country, but in our own community, it's understandable that the reaction at the scene and of some of our citizens is extremely volatile, emotional and upsetting," the police chief told CNN affiliate WKOW-TV. "And we understand that. That's absolutely appropriate under these circumstances. We would urge, obviously, that everyone exercise restraint."

After an endless bombardment of anti-White tall tales from the synagogue in the living room you're probably very upset and need a blankie and a bottle. Please don't burn down our city.

Koval said he visited the home of Robinson's mother late Friday night and met Robinson's grandparents outside the house.

The negro father was no where to be found, of course. 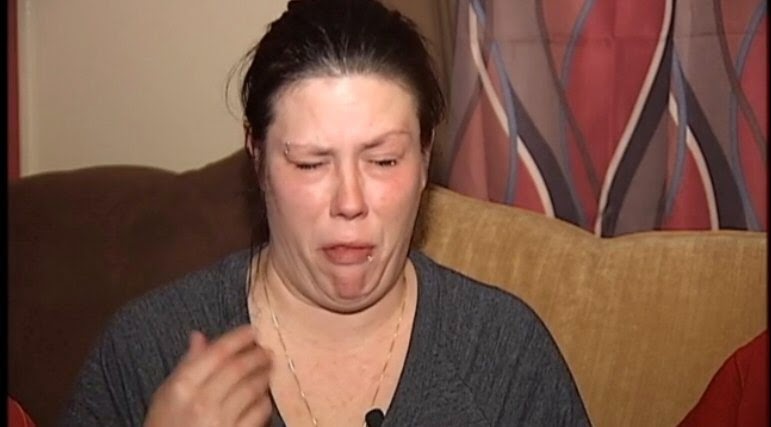 "I couldn't even begin to get my hands around the enormity of the loss and the tragic consequences," he said. "Nineteen years old is too young."

Who knows what crimes will now go uncommitted, what jokes sentences in "over-crowded" prisons will not be served. Such a tragedy.

Robinson's mother, Andrea Irwin, told CNN affiliate WKOW that she didn't understand what happened. "My son has never been a violent person, never," she said. "To die in such a violent way baffles me."

Would you call him a "gentle giant?"

"He was our caretaker and so gentle," she said.

The incident started when authorities got a call that a black male was yelling and jumping in front of cars, Koval said.

Walking while black mulatto. The precious freedom of the African alien to walk down the center of a street and jump in front of cars is under attack by "races." We need to give up our rights.

About four minutes later, the dispatcher says, "I got another call for the same suspect at [the same address]. He tried to strangle another patron."

I wonder if it was a hindu.

In a statement Saturday, state Attorney General Brad Schimel said he "can only imagine the heartbreak" of Robinson's parents and added he's "concerned for the officer ... who, I imagine, is experiencing great trauma as well."

The profound ugliness of a dead nation. 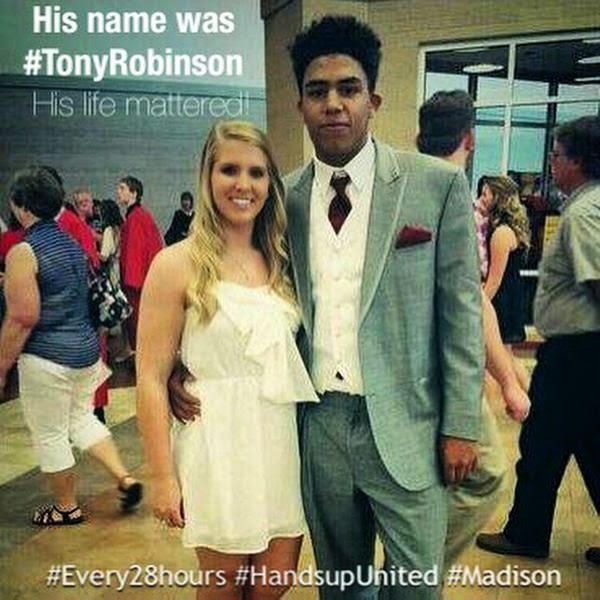