March 12, 2015
We're getting glimpses of the coming collapse, the all against all that will unfold when our "diverse" police and military abandon their responsibilities, when the EBT card is swiped by some worthless negro and an error message pops up, when the mulatto President will come on the talmudvision from an undisclosed location and tell us our anger is understandable but killing and eating our neighbors is simply unacceptable and the wrong thing to do. In America's heartland, a community was selected by the media jew and our ruling criminals to serve as an example of what's coming soon, everywhere. A deceitful kosher narrative was followed by fires, crime and African chaos as brown animals displayed the content of their character. Now they're shooting officers. Tomorrow the police will refuse to do their jobs. This is how it ends.

Two police officers have been shot during a protest in Ferguson, according to the St Louis county police department.

After months of lies, after an endless campaign to destroy a city, the cultural marxists are finally getting what they want.

We now have two options: martial law and a massive crackdown or abandoning the rule of law and letting the negro run wild. Right now I'd bet on the latter.

The officers sustained “serious gunshot wounds to face and upper torso”, according to Belmar. One was from St Louis County and one was from Webster Groves. The Webster police officer is 32 years old and has been on the force for five years. No information was provided about the other officer.

Victims of the long cold war on Whites that's becoming hot. An entire city is devoured by third world pathology, by the inevitable consequences of low I.Q. and poor impulse control.

Belmar also told reporters that “the night was fairly uneventful until about midnight.”

Just the usual hooting, ooking and burning, nothing special.

A police source told the St Louis Post-Dispatch that both officers were expected to survive. Belmar said the officers were both conscious and being treated at a local hospital.

Whether or not these lives matter remains unknown.

Asked to confirm protesters’ accounts that the shots were fired from people outside the group of demonstrators, Belmar said: “I don’t know who did the shooting to be honest with you right now, but somehow they were embedded in that group of folks.”

An entire crowd the "dindu nuffins." Obviously White racists must have somehow "embedded" in the "folks" and fired these shots, because we all know the negro is a gentle and noble animal that's always turning its life around.

Protesters had called for Jackson’s removal since the fatal shooting of unarmed black teenager Michael Brown by white Ferguson police officer Darren Wilson on 9 August 2014. The killing triggered nationwide protests and drew scrutiny to police use of deadly force, especially against black men.

Then it all fell apart as a lie, but who cares.

Jackson’s departure was the latest in a string of officials who stepped down following a scathing report from the US Justice Department that found widespread racially biased abuses in the city’s police department and municipal court.

Negroes commit more crimes. They are arrested and sent to "over-crowded" prisons more often. This is racial bias. 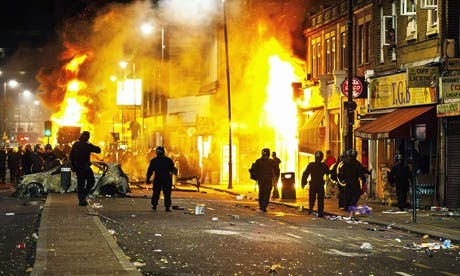