March 18, 2015
It's time to have the conversation on race. A real conversation, that is. I.Q. charts. Crime statistics. Promiscuity and bastard broods. DNA and genetics. We're not allowed. It's heresy against the State Religion. The alternative we are offered is yet another communist lecture full of deceit and junk science. Now you can get this insulting pack of lies with your over-priced jew coffee! What could be better, goyim? Line up and get your shekels ready, some punk kid is prepared to drone away from a kosher script.

CEO Howard Schultz has never shied away from involving his company in controversial debates, whether those debates are about same-sex marriage, or gun control, or U.S. government gridlock.

This jew is no stranger to nation-wrecking and promoting spiritual evil.

But the executive, who oversees a coffee empire with 4,700 U.S. stores, has now taken on arguably the most polarizing political debate in the United States: race relations.

If by "polarizing" you mean liars screeching at cowards, then I'd agree. The opposing view that jew-produced "diversity" has been anything other than a total disaster is "races" and must be silenced at all costs. Censor the internet, put thought criminals in jail! From now on you get your politics from an age 19 mind-washing victim at a jew-owned caffeine and empty calories den.

Starbucks published a full page ad in the New York Times on Sunday — a stark, black, page with a tiny caption “Shall We Overcome?” in the middle, and the words “RaceTogether” with the company logo, on the bottom right.

Let's wish away reality, while explaining how it's all the fault of Whites.

The ad, along with a similar one on Monday in USA Today, is part of an initiative launched this week by the coffee store chain to stimulate conversation and debate about the race in America by getting employees to engage with customers about the perennially hot button subject. 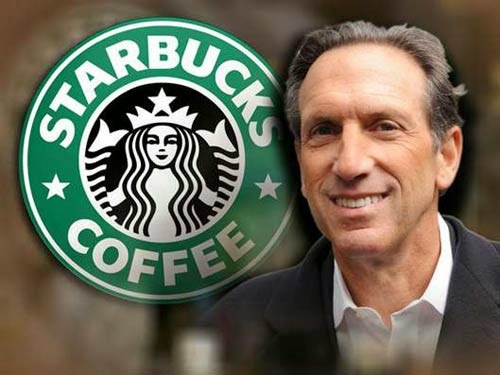 Beginning on Monday, Starbucks baristas will have the option as they serve customers to hand cups on which they’ve handwritten the words “Race Together” and start a discussion about race.

"Here's your coffee, sir. Did you know that in Africa the average I.Q. is around 65, which would be considered mentally retarded for a White person but is normal negro intelligence? Would you like to hear about the jewish role in communism, pornography, feminism and the sodomite agenda? Would you like some more sugar?"

In a video addressing Starbucks’ nearly 200,000 workers, 40% of whom are members of a racial minority, Schultz dismissed the notion that race was too hot a topic business-wise for Starbucks to tackle.

If a minimum wage "minority" isn't qualified to indoctrinate you, who is?

“I reject that. I reject that completely,” he said in the video address. “It’s an emotional issue. But it is so vitally important to the country,” he continued, pointing to that the United States is “so much better” than what the current state of race relations portray it to be.

Schultz has met with almost 2,000 Starbucks employees since then in cities hit most directly by racial tension and anti-police brutality protests in the last year, including Oakland, St. Louis, Los Angeles, New York, Chicago, and Seattle, where Starbucks is based.

Rioting and looting is the new "protest."

The potential exists for arguments to break out (not for nothing this topic is the third rail of U.S. politics), and some may fairly question any move that could potentially slow in-store service.

That year, he also wrote an open letter asking gun owners to refrain from bringing their guns into stores even they were allowed.

Schulz will discuss Starbucks’ “Race Together” initiative at the company’s annual shareholder meeting on Wednesday.

"Destroying the corpse of the U.S.S.A. is more important than profit. Let me explain why..." 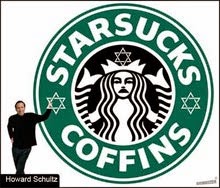