March 10, 2015
The search continues for the elusive true story of evil systematic White "races" behavior that our enemies can wave in our face and declare that this hypothetical isolated incident fully vindicates the last fifty years of national suicide. Since this is the U.S.S.A. and negro pathology and failure is common, it shouldn't be too hard. Maybe a gentle giant or a dead mulatto criminal. It always falls apart. Thanks to the internet the media jew can no longer alter the facts to suit a "narrative." Back in reality the negro behavior is worse than ever, any brown animal is given hand-outs and promoted well past their abilities and the rule of law is collapsing. In kosher fantasy land another innocent and saintly shit-colored beast has been "limited." We need to lose our remaining rights, we really do.

An officer, responding to reports of a suspicious person, shot and killed an unarmed man who was running in a metro Atlanta apartment complex naked.

The vibrant and soulful expression of "African American" culture, not like boring and stiff Whites. This creature had completely reverted to an animal state, discarding whatever vestigial humanity it ever had. Whites are expected to clean up this mess using kid gloves.

The officer fired two shots when the man charged at him, said Cedric Alexander, the public safety director of DeKalb County.

Nothing of value was lost.

But given that the man was not carrying a weapon, the police department immediately turned the case over to the Georgia Bureau of Investigations for an independent probe.

Can we get some jew-produced national outrage over this? An innocent "man," naked as the day the "single parent" mammy birthed it, slain by evil incarnate. Our sacred right to savage freak-outs under attack.

The officer was white; the deceased man was African-American, Alexander said.

Citizen butt-naked. It had the African part down, the American not so much.

A 911 caller reported a man "acting deranged, knocking on doors and crawling around naked," Alexander said.

Another metaphor for the dark future of the U.S.S.A. A jungle monster who lost whatever mind it ever had, crawling and knocking, turning its life around.

"I can only reasonably assume that if he was running around the apartment complex naked, I believe we can make the assumption there may have been some mental health experience that he might have been having," Alexander said. 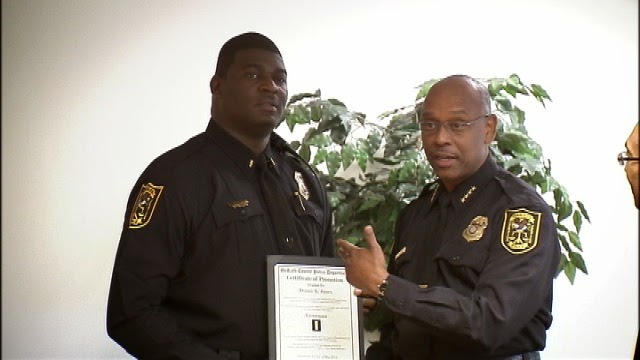 The future of law enforcement.

DeKalb County police officers undergo some degree of training on how to deal with the mentally ill. But this, and other incidents, highlight the need for more, the public safety director said.
More typical negro behavior training is needed, you'll get the bill.

"I think in all fairness we need to wait and see what the outcome of the investigation is because I can't tell you, beyond what I have told you so far, what kind of measures that officer may have taken," he said. 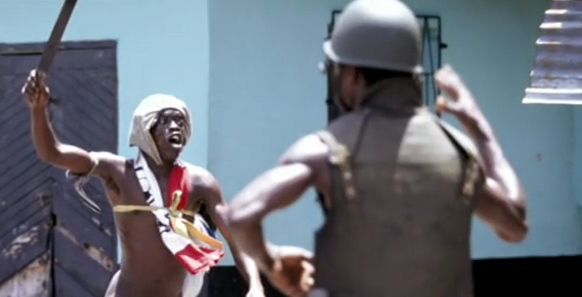