March 25, 2015
The past must be rewritten to suit the needs of the present tyranny. Now we're told that Islam played a key role in America's founding, that we were established as a global flop-house to take in the assorted brown garbage, that our inherent rights are actually given and taken away by governments. It won't be long until hated Dead White Males are re-imagined as negroes, dykes and la-teen-ohs. Control the present and control the past. Control the past and control the future. This is the Orwellian evil we fight against. Our weapon is the truth and they can't stop it.

A photo that shows children climbing on The Vietnam Women’s Memorial has gone viral.

Those crazy "children" at it again. You were young once, right?

The Vietnam Women’s Memorial was dedicated to the women of the United States who served in the Vietnam War, most of whom were nurses.

Remembering those who fought and died for nothing. They bled and suffered in a third world hell while the communist jew conquered America without firing a single shot.

Matthew Munson was visiting the memorial when some parents encouraged their children to climb on the memorial for a picture.

The vibrancy of diversity, unlike stiff and uncool Whites who might have issues with turning a memorial for those wounded and killed in a senseless war into a piece of playground equipment.

“Then a big group of people showed up just as the kids were treating the memorial more like a jungle gym and the parents were laughing. Then the veterans showed up, and they looked hurt more than angry. They were quiet.”

They were quiet. If anything sums up the White generations during the disastrous jewish century, this is it. Quiet as the brown sewage flooded the country. Quiet as the jew spiritual cancer spread through entertainment, education and our government. Quiet as their sacrifices were mocked by brown aliens. Quiet as they died.

The time for biting your tongue is over, White man. 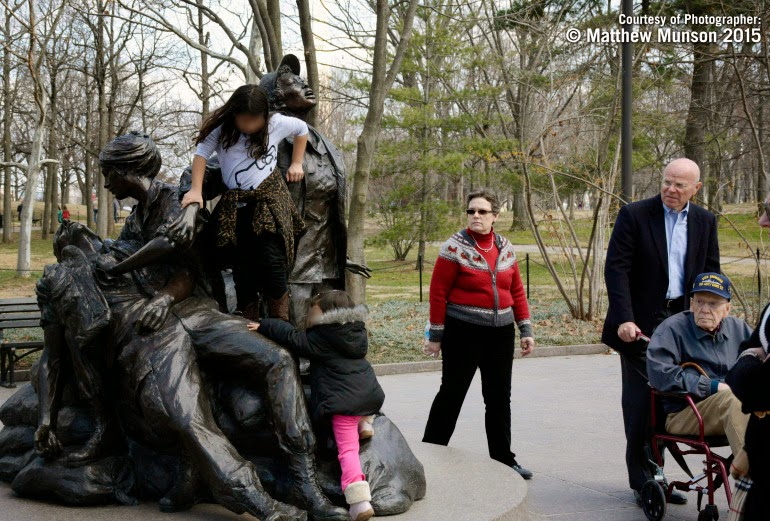 Munson said people who feel it is disrespectful shouldn’t blame the children, though.

Blame your kosher, criminal government that allowed an invasion of genetic and cultural aliens.

“I feel like the parents should be ashamed, and anyone that tries to blame the kids are wrong in doing so. If you look at the hurt veterans, they are looking past the kids and towards the parents that are out of the frame.”

Fortunately the parents speak no English, have no empathy for others and are being given free handouts to finish off the rotting remains of our country. 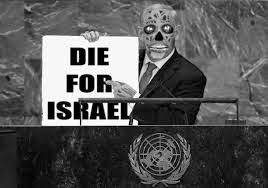