April 03, 2015
The Republican loser party is quick to pledge its loyalty to the foreign invader. We could never deport all these criminals, we are told, and besides it would be wrong to do so. None of that is true. Another country has been steadily working to deport the "immigrant" and maintain its racial, religious and cultural identity.

That country is Israel.

"Diversity" for thee, but not for me, says the jew parasite. In the U.S.S.A. and Europe they use the brown horde as a weapon against Whites. In their own nation, which they're allowed to have because sixty million went up smoke stacks or became living room furniture, the brown animal is removed, even if it means spending their beloved geld. Do as I say, not as I do. Equality was always a lie. It was nothing but an attack on White nations by the enemy within.

Israel is set to force illegal African migrants to choose between leaving to a "safe third-party" country in Africa or face imprisonment, the interior ministry said.

Get on the boat or go to prison, schwoogie. This is the Light of the World. They howl and wail for White genocide even as they deport and imprison the brown mass.

A statement from the ministry's population and immigration authority said the measure would apply to migrants currently at the southern Holot detention centre, "who infiltrated Israel and cannot be expelled to their country of origin".

Time for a similar policy for those who infiltrated the U.S.S.A.

Most of the migrants at Holot hail from Sudan and Eritrea and would face danger were they to return home.

The jew doesn't care, they just want the negro gone. Meanwhile, in White nations, they're pushing "multicultural mode" with the goal of exterminating Whites. A hypocrite and a liar, a parasite and an alien, the wandering jew that is our misfortune.

Interior Minister Gilad Erdan said the measure would "encourage infiltrators to leave Israel in a safe and dignified way, and will be an effective tool to upholding our committment to return life to normal in Israel".

Can you imagine if a White nation did this? The jew would be bawling like a stuck pig. Can we return life to normal in White nations? Can we remove the genetic dead-ends in a safe and dignified way? No, of course not. That would be evil and "races." It's fine if the children of the devil do it.

Israel has previously offered cash stipends to African migrants in return for them leaving the Jewish state.

If we had to pay thousands of dollars to remove each negro it would be a bargain, especially in the long term. 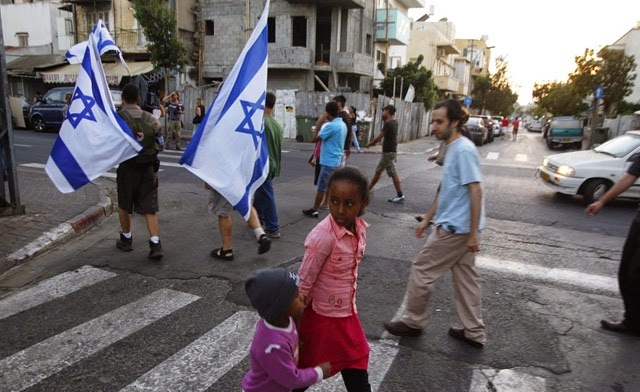