April 09, 2015
There's a growing divide within the Loser Party as the Libertarian voice is now making itself heard and saying the same ridiculous things they said when our country was healthy and their platform of economic darwinism, no borders or nations and personal atomization rightly had almost no appeal to any sane person. Now these ideas are squarely in the mainstream of the RepellingCohen Party and might even be deployed in the massive defeat that's coming in 2016. More foreign invasion, more societal chaos, more wealthy jews selling out normal America to become slightly more wealthy. You can see why everyone is so excited about people like Rand Paul, an Israel-first paycheck conservative who is now sharing his insane and suicidal plans for "immigration." It almost makes you glad he's going to get soundly beaten by the lesbian witch.

Sen. Rand Paul (R-KY) may have voted against the Senate’s “Gang of Eight” immigration reform bill last week, but he seemingly does not count himself among the conservative critics of the bill who oppose any and all forms of “amnesty” for illegal immigrants currently living inside the United States.

Remember when "conservative" actually represented a consistent worldview and wasn't merely "whatever the cultural marxist supported five years ago?" The rearguard of tyranny, slouching toward national collapse, feckless and evil. This is today's Republican.

In an interview with WNDtv, Sen. Paul took on the critics of so-called “amnesty” who oppose efforts to “normalize” illegal immigrants and absorb them into the United States.

Please, share your crazy ideas inspired by terrible novels written by a jewess.

“Let’s get them work visas, let’s normalize them, let’s make them taxpayers,” he said of the 11 million undocumented immigrants currently residing within the states.

It's hard to believe this total and complete sell-out and criminally insane piece of shit was once hailed as the voice for White people in our corrupt government. 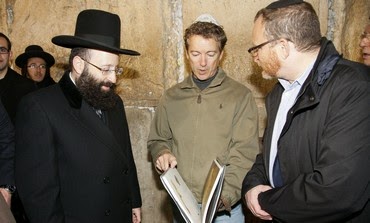 “They’re not going home,” Paul said, adding that even the most vocal opponents of so-called “amnesty” seem to recognize this fact.

We could never defeat jewish communism and it would be immoral to try. Let's just give up and die." This is the closest thing to a consistent message the Loser Party produces.

“Are they for sending these people home? Do they want us to put them in concentration camps, on buses, and send them back home? I don’t think anyone’s proposing that.”

You're right, that's not what we're proposing. It won't just be the la-teen-oh sewage. We're also going to round up the negro, the jew and White traitors such as yourself for deportation.

I'm sure this two-legged turd spends a lot of time talking "invisible hand" madness with America's farmers. I'm sure he's aware that this industry is dying, not growing, as mechanization is removing the jobs "Americans won't do." I'm sure he was going to talk about the massive number of illegal invaders receiving benefits and sucking taxes rather than paying them, but I guess he forgot. 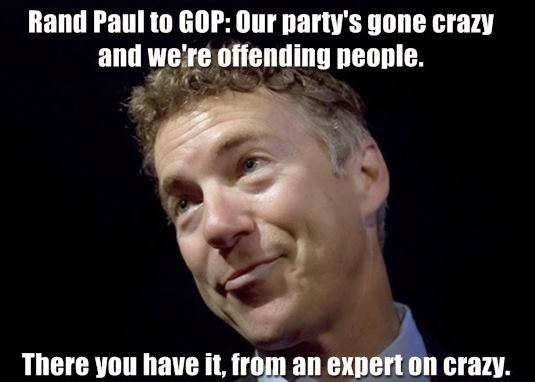