Some Sort of Worry

April 13, 2015
Reality ruins everything for the cultural marxist. Despite over fifty years of marketing the negro as something other than a total and complete failure many Whites still aren't buying that product. On the Talmudvision they're doctors and judges, cool and hip, desirable partners for you, White woman. In real life they menace toddlers with guns during a "robbery gone wrong" home invasion. Luckily for us, the magic negro judge and his 90 I.Q. is there to explain why it's the fault of the parents that their child is now aware of negro pathology after experiencing it in the most direct way possible. Whitey must be racist, because we all know that negroes are just over-cooked White people. Shame, shame, shame.

Jordan and Tommy Gray's 3-year-old daughter was watching SpongeBob Squarepants when two armed males broke into their home near Buechel on March 21, 2013, and robbed them at gunpoint.

Those crazy "males" and their innocent high-jinks that occur before they fully turn the life around. Unarmed White victims. This time no one was murdered or raped.

Two years later, when one of the offenders was about to be sentenced, Jordan wrote in a victim influence statement that her daughter was nevertheless "in constant fear of black men." Both robbers have been African-American.

Two years to try to punish the hush crimes, the fair and speedy trial promised by that dead scrap of yellow toilet paper. We the slaves. We the victims. African animals loose in a dead nation.

Now, after seeing their typical behavior, my daughter has a more realistic view of these living fossils than many adults. As a good White tax-paying sucker and past and future victim, I'm deeply troubled. This negro savagery led to thought crimes.

"Anytime we are operating errands, if we come across a black male, she holds me tight and begs me to leave," the mother stated. "It has impacted her friendships at college and our relationships with African-American buddies."

Avoid the negro: it's for your own safety. Until they can be deported and a White Nation established we have to be alert and ready.

"If holding a tiny girl at gunpoint gets you probation, then our system is flawed," Gray mentioned.

But when Wallace was brought up for sentencing Feb. 4 in Jefferson Circuit Court, it was the parents, not Wallace, who suffered Judge Olu Stevens' wrath.

This wise negro (just like on the electronic synagogue!) to the rescue. Pound your gavel until reality goes away and the comforting kosher lies return. 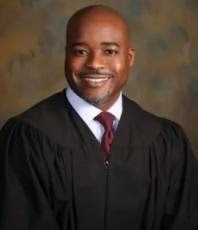 "I am offended. I am deeply offended that they would be victimized by an individual and express some sort of worry of all black men," he said.
An adult negro is personally offended by the very understandable fears of a young girl. This thing isn't human. The only difference between Judge Homo Erectus and the monsters breaking that door in is one has found a way to attack Whites that is approved by the kosher system. Hatred of Whites, the stench from the bench.

"My exception is much more with her parents and their accepting that kind of mentality and fostering these sort of stereotypes."

One horrible day those "stereotypes" kicked in a door and stuck a gun in their faces. Since then they've been trying so hard to prove they're not "races." It's not enough. It's never enough.

The Grays have been not in court as Stevens denounced their statements and granted probation to Wallace, whom he said deserved the chance to redeem himself.

Now this good boy can turn that life around, become an oceanographer or rapper, walk down the center of streets and stuff stolen money in its mouth for Jewbook photos. It's just a matter of time before this animal harms more Whites, but the turd in a robe not only doesn't care but fully approves. Our enemies want us dead. No amount of groveling or pathetic appeasement will change this fact.

But they did see when Stevens condemned their statements once again, in a post on Facebook. "Do three year olds form such generalized, stereotyped and racist opinions of others?" he wrote. "I assume not. Perhaps the mother had attributed her personal views to her kid as a manner of sanitizing them."

The semi-functioning mind of the "educated" negro. Must be "sanitizing" my personal views via an age three proxy. Makes sense. That whole armed home invasion thing couldn't be the explanation, it's just "races" White debils. This dumb animal was given authority to release criminals back in society.

But leading authorities on judicial ethics condemned his remarks, as did Commonwealth's Lawyer Tom Wine and friends and loved ones of the Grays, some of whom have started a Facebook page urging Stevens' removal from workplace.

Good luck. We'll somehow get an affirmative action "one good one" removed, while walking on eggshells and demonstrating that we're not at all "races" the entire time. 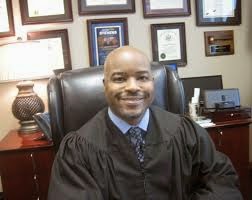