April 10, 2015
No, I'm not going to turn this blog into a chronicle of the various moronic comments and actions of everyone's favorite Israel-first Republican. Frankly, he isn't even worth it. However, it is important that we make it very clear that the goal of White survival is not served in any way by supporting the Loser Party. You'd be surprised how many otherwise Pro-White individuals harbor delusional beliefs that some paycheck conservatives are secretly on our side. Sorry, the average RepellingCohen is far more likely to be a secret sodomite than a secret White Nationalist. They've become a diet version of cultural marxism and little more. Perhaps not content with being the lesser evil, Rand Paul has made comments that even the most hardcore jewish communist might still be reluctant to make.

Rand Paul is backpedaling after making the ludicrous statement “I see an America where criminal justice is applied equally and any law that disproportionately incarcerates people of color is repealed.”

When spiritual poison, cultural decline, regression to the intellectual mean and typical libertarian behavior come together you get this piece of incredible idiocy. I guess we'll have to legalize murder and rape. Obviously we're all equal and it's the "races" justice system causing "disproportionate" numbers of brown hands holding green bars. Any other explanation is forbidden by the state religion.

Some of us thought this piece of kosher dog shit was on our side. Seriously. 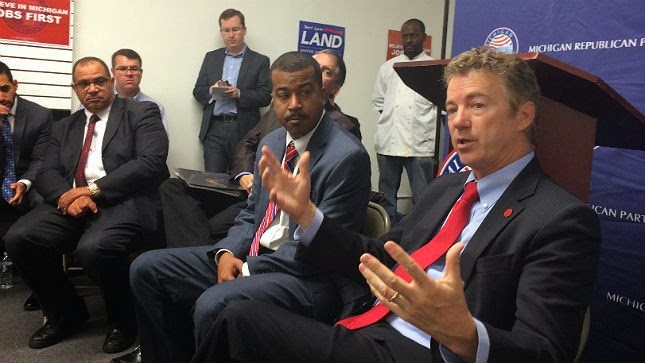 "I'll make it legal for you to rape snow hoes."

Black Americans commit murder at nine times the white rate. That means that Rand Paul would have to repeal laws against murder.

Don't worry Whitey, it won't be totally open season on you! We'll just let them walk down the center of streets, use narcotics, steal, create snow hoe prostitution rings, vandalize, etc. Apparently his definition of "Liberty" is what a sane person would call societal chaos. This insane kosher suck-ass could be our next president, if it wasn't for the unstoppable lesbian witch.

We're not going to "muh democracy" our way out of this mess. We need to organize and prepare for the common defense when the collapse comes.

We have already seen a black British MP call for decriminalizing shoplifting to keep black people out of trouble with the law.

The United Kaliphate, always the gold standard for national suicide. 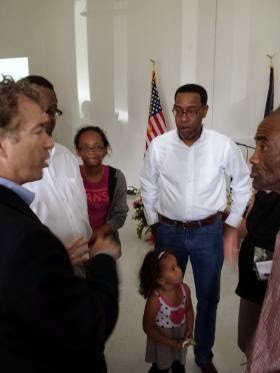