January 06, 2016
We recently saw a sobbing turd-colored sodomite communist attack our most fundamental rights, again, in the name of paving the way for the complete destruction of the rump state of legacy Americans. Give up your freedoms for the fleeting illusion of safety, it's the right thing to do. Now more than ever you need to be armed. When the U.S.S.A. dies, when the mulatto puppet is long forgotten, when the dark night of the character's content begins, the rough beast, the slouch toward zion, you don't want to be defenseless against the rot. Our criminal government is openly at war with White America, to put it succinctly. Oddly enough, the money thugs and nation-wreckers behind it all seem quite pleased.

Our jewish enemy continues to overplay their hand, cheerleading the death of the West with satanic enthusiasm. Disarm the shkotzim, start the campaigns of starvation and communist terror. Remember, it's for your own safety, goyim. Once you're completely powerless everything will be fine. Trust me.

“While it has been extremely frustrating to watch Congress not act on this problem, we are encouraged to see the president take the steps he is now taking,” Jared Feldman, vice president and Washington director of the Jewish Council for Public Affairs, told The Times of Israel.

It sure was frustrating seeing the will of the cattle carried out instead of our program for national destruction. Fortunately, dictatorial decrees are an option, just like in our beloved and completely kosher Soviet Union. 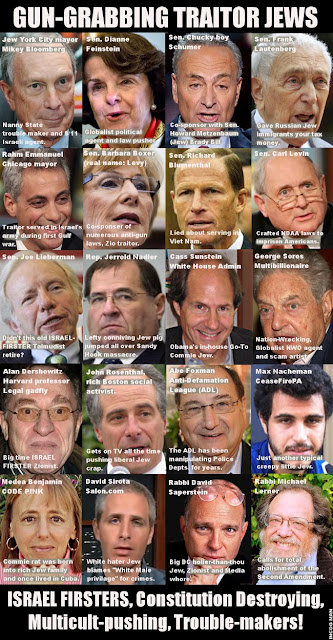 “Making background checks as universal and comprehensive as possible is really important, providing access to mental health care services is really important and enforcing the laws that we currently do have is critical,” he added.

We'll declare that all our enemies are "insane" and need thorough reeducation!

From the East Room of the White House, President Obama was surrounded by activists and those who have lost loved ones to mass shootings as he explained the measures he would enact on his own after years of trying to shepherd a comprehensive bill through Congress.

Additionally, the FBI will hire 230 more people to help run background checks, the Department of Health and Human Services will remove barriers between the federal background check system and health record privacy laws and more federal dollars will be poured into research on gun violence and mental health.

Don't worry Whitey, you'll get the bill for this.

Obama invoked the history of mass shootings that have afflicted the country during his presidency. He had to pause as he spoke about the 20 children who were murdered in the Sandy Hook massacre in 2012. “Every time I think about those kids, it gets me mad,” he said, with tears streaming down his face.

The alien monster cries like a woman as it hits the rotting corpse of a dead nation. You remember that highly suspicious incident, right? Now we can finally use it as a bludgeon against the vanishing holdouts of normal America. 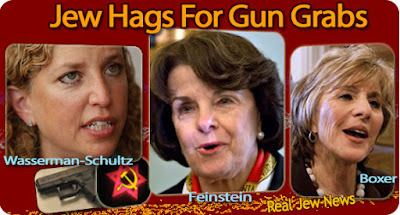 Despite RAC director Rabbi Jonah Dov Pesner’s preference of seeing “bipartisan legislative action” to address the gun issue in America, he “commended” the president moving without the legislative branch of government.

Great job ignoring the vestigial remains of muh democracy to force through tyranny, President Butt Naked! Truly this is a shwoogie of virtue, worthy of being one of the thousands of slaves the talmud promises every jew devil.

“The ongoing obstinance among members of Congress make[s] the steps announced today by President Obama necessary,” he said in a statement, “even as we know more must be done to meet the scope of the crisis.”

More. Needs. To. Be. Done. The banality of jewish evil, the predictability of the endless usurpations directed at the only people in the U.S.S.A. who are still willing to follow the laws.

Another organization that has strongly supported more rigorous gun safety regulations in the past, the Anti-Defamation League put out a statement by National Chair Marvin Nathan and CEO Jonathan Greenblatt “welcoming” the president’s actions. 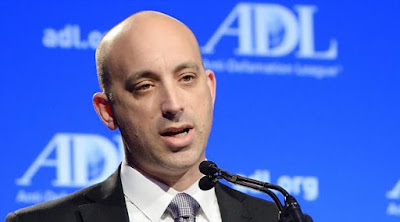 The ADL also released a report Tuesday claiming that 2015 was the deadliest year for domestic extremist violence in the last two decades. “Overwhelmingly the extremist weapon of choice in 2015 – as in virtually every year – was firearms,” it said.

Punishing ordinary Americans is clearly the answer. Common sense measures like removing the moe-ham-head invader, and reducing the appalling levels of kosher spiritual leprosy in our culture are, of course, "races" and off the table as options.


The president’s announcement was immediately criticized by Republican presidential contenders, such as business magnate Donald Trump, Texas Sen. Ted Cruz, Florida Sen. Marco Rubio and former Florida Gov. Jeb Bush as an infringement of Second Amendment protections, along with House Speaker Paul Ryan, who said the measures will “no doubt be challenged in the courts.”

Cuckservative and all around tough goy Paul Ryan rides on his white horse to the rescue. You hear that? "Challenged in the courts." Wow, talk about a line in the sand. If that's half as effective as the high court's resistance to the sodomite agenda we know we have nothing to worry about. 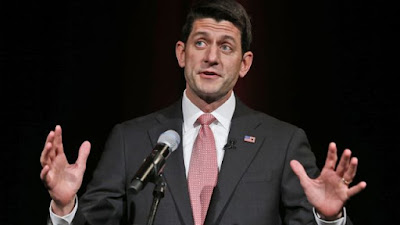