January 15, 2016
The absence of future time orientation combined with Dunning-Kruger delusion often leads to "isolated incidents" and "random attacks" from Tar Monster Americans that usually get the memory hole treatment. Sometimes the 70 I.Q. and near absence of frontal lobes instead provides a good laugh instead of a "no arrests were made" attack. The negro would be an endless source of comedy if we weren't forced to share our living space with these living fossils and if their exploding population wasn't literally threatening the future of human civilization. Another four billion are predicted for Africa in the next hundred years, after all. Open wide, Europe. Meanwhile, back in the U.S.S.A. let's enjoy the comedic aspects of this failed race before getting back to the tragedy of their existence and presence in White nations.

A woman by the name of Cinnamon Nicole from Cordova, TN has raised a little more than $800 in seven hours via her Powerball Reimbursement Go Fund Me page.

"Sheeeet, wah bee muh paww-bahl rep-a-marr-ations. Gibs me dat paper." This is the fuel for a healthy economy, the informed voter in a robust democracy, the shining content of character we sagely nod approval toward rather than judging by skin color or forehead slope. Something not quite human and not quite animal lost it all on the lottery (not be confused with the negro lottery, i.e. frivolous "racism" lawsuits) and at least some do-gooding losers rushed in to save the genetic outsider from the consequences of its own bad decisions.

Nicole alleges to have spent all of her money on purchasing tickets with the assumption she would win the $1.6 billion jackpot, but soon realized the winning tickets were sold in Los Angeles, Florida and Tennessee suburbs.

Why wouldn't you assume that, I mean the odds are so favorable. Dat mathematical probability doe, how do it work?

Despite the chances of anyone winning the jackpot being 1 in 292.2 million, Nicole still decided to go big, and unfortunately now can’t go home because she allegedly doesn’t have any money.

Too bad this animal isn't asking for "Back to Africa" money. There's a cause worth supporting. 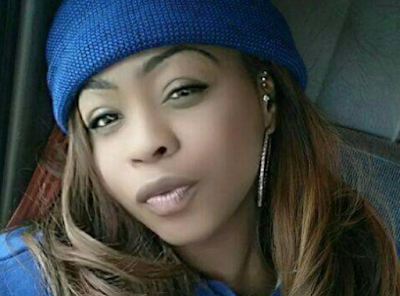 For your charitable donations, Nicole promises to make you her #MCM or #WCW. Yet, despite the gall of the Go Fund Me Page, some users simply weren’t in support of her attempts.

Who could possibly object to this exciting new frontier of "gibs me dat" and "I bee needin manny foe dee bus tikkeeeet?"

Please enjoy the steaming pile of kosher excrement that earns fleeting popularity in our dead nation.


“Guuuuuuuuuuurl…….I ‘SWEATERGAAAAAWD’ if I see one person give you one rusty copper penny I will spend ten times what you spent on lottery tickets on PLANE tickets to fly to their humble abode so spoiled in riches that they can afford to make it rain on Sweet Brown like ratchet humans such as you who choose to spend their cash on Remy, Flaming Hot Cheetos, VOSS Water and Powerball , and commence to kicking every single one of their asses!!!”

See, totally compatible with the intellectual, cultural and spiritual traditions that built the West. Let's hire and promote more Rachet-Americans. 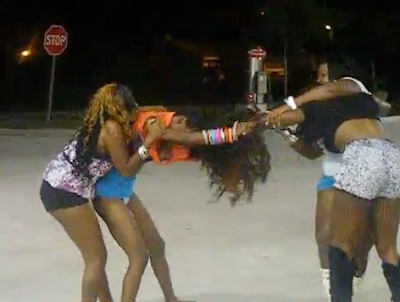 And I'm proud to be an American, where at least I know I'm free...
African School Economics Cinnamon Nicole Cordova Go Fund Me Kenyatta Gibson Negro Lottery Pathology of the American Negro Powerball Rachets Sonya Hagans Tennessee We Be Broke