Denmark: We Must Allow Rapefugees to Have Child Brides

February 24, 2016
There's a reason moose-limb countries are pathological hellholes and that reason isn't the warm weather, a lack of natural resources, smallpox, White "racism" or any of the other endless excuses. A country is its people and when those people are stone cube worshiping perverts with an I.Q. similar to the temperature of a pleasant summer day it's not a huge surprise that there's going to be a considerable amount of pathology. Naturally, the solution is to allow this biological neoplasm to metastasize into White nations where we'll somehow miracle these dangerous aliens into good little European Economic Union citizens. Of course, asking them to give up their Dark Age barbarism is "racist" so it makes sense to turn a blind eye on the sex attacks and rampant pedophilia because we don't want to be called mean names by the jewish nation-wrecker.

A high-profile imam has urged the Danish government to accept child brides, as the practice is part of the culture of many refugees arriving in the country.

The rich and vibrant culture of desert moon cultists. Pre-teen "brides," just like their false prophet. This appalling and vile evil is clearly compatible with Western traditions.

Imam Oussama El-Saadi, of the Aarhus mosque in Denmark, said that child brides should be looked at from a “different perspective.”

Instead of looking at this with your so-called "sanity" let's just light everything on fire, lie back and die. 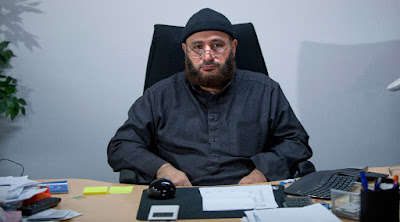 “It is an extraordinary humanitarian situation, and I think you have to take care of these families.

Moe-ham-head wants some fresh eight-year-old chicken. This is a humanitarian issue, allowing the foreign invader to briefly satiate itself by assaulting girls just out of infancy. This is the natural conclusion of "tolerance." Who are we to judge, after all.

They’re married, and even if the man is twice as old as they have built a family.

It's kind of hard to "build a family" when your "wife" is years away from puberty, but we've got unbelievable satanic darkness to promote so let's pretend it's something other than the horrific and backward savagery that it obviously is.


We have to accept that it is a different culture, and we cannot destroy family life,” he told Danish newspaper Metroxpress.

Every culture is equal, except Whites who possess inherent evil and need to be exterminated.


“If you look at the situation in the refugee camps, it is often filled with violence and uncertainty. If your daughter marries early and gets a man, it can give the family a safer situation,” he said.

Letting your age seven daughter be repeatedly raped by moe-ham-head might stop him from slitting your throat! The wonders and massive benefits of "diversity."

The imam's comments follow an announcement by Danish Integration Minister Inger Støjberg, who said that Denmark would be separating child brides from their husbands. 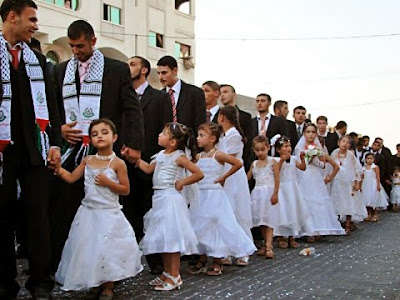