February 10, 2016
We're facing a choice between nationalism, borders and the rule of law or communism, one world madness and chaos. It's either the restoration of our homelands or the multicultural nightmare state. Everything else is an illusion and a distraction. It's critical we remember that. Arguments about "the right thing to do" and "what about these poor children" should be discarded as the jewish nonsense that they are. No one is going to wonder if the winner was "right" and a future for White children is being destroyed in the name of sanctimony and fear. Self-loathing is not a virtue and committing suicide doesn't earn one a place in heaven.

There is still time to reverse the disastrous jewish century, to turn back the tides of oblivion drowning White nations, but we no longer have the luxury of making mistakes. The hour is late, the cost of failure higher than we could possibly imagine. In Western Europe the bill for decades of apathy, materialism and spiritual typhus is coming due.

The mother of the boy who was raped by an Iraqi migrant in a swimming pool in Austria, has said she regrets teaching her children to be welcoming to migrants and described the man's defence as 'just monstrous'.

Tolerance. Welcome the foreign invader, pretend it's human. Let the swarthy moe-ham-head alien into your house, let it forcibly insert its erection into a little boy. The jew would be very proud of how open-minded and progressive you were, shame this horrible memory hole crime had to ruin everything. At least you woke up, instead of talking about isolated incidents and "jay-sus loves the moon cultists," but your children paid an appalling price for your ignorance.

The boy's mother Dunja, who arrived in Austria as an immigrant in the 90s from Serbia during the Civil War, said she had always taught her five children to offer the same hospitality to new arrivals that she had herself received.

Our greatest weakness, a striving for justice and fairness that our enemies exploit mercilessly. The Golden Rule works fine when everyone is genetically similar, when everyone is White and Christian. When an army of foreign brown invaders that worship a rock are flooding into your homelands any kindness is just seen as weakness.

Upon hearing her son's attacker's claim he had 'too much sexual energy', Dunja criticised his defence as 'just monstrous' and insisted he should be sent to prison and then be deported.

She said she 'regretted' teaching her children to be welcoming to migrants.

It was madness to do that. What were you thinking? 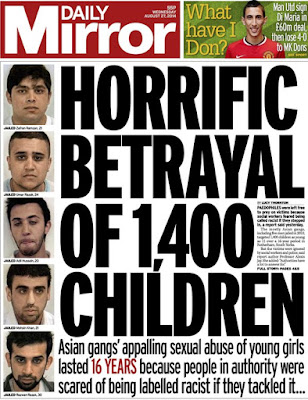 The end game of "tolerance."

The boy, known only as Goran, had to be hospitalised with serious injuries and his mother said her son has been crying himself to sleep every night since the attack.

I would imagine. Thanks for this, jew criminals and useful idiots. Here's your fucking peace prize and magazine cover.


However when she heard the Iraqi migrant's claims that it was a 'sexual emergency', she immediately wished she had warned her son about the dangers of trusting strangers.

It's a little late now. How many more victims, how many more ruined lives, because we were afraid that a jewish enemy that wants us dead might say nasty words? For fear of the jew Europe dies.

'You certainly can't call me a racist'

Yeah, we'll see about that. You should be thrilled that a desert savage enriched your child with the extremely healthy sodomite lifestyle. You don't want to be "homophobe," too, you lousy "racist."


'It's like me saying I'm going to go to a bank tomorrow and rob it because I don't have enough money for my five children.'

Yeah, that would be an unprecedented argument. Barkevious is bad because of "poverty" and "White racism," it would be wrong to put the nigga body, Ah! Ah! into an "over-crowded" prison. Nope, never heard that one before.

The Iraqi, who had been working as a taxi driver in Vienna, told police he knew it was 'a mistake' and did not mean to 'scar the boy', reports Kronen Zeitung.

Whoops, sorry about tearing up the rectum of a child. Just a mistake, like spilling coffee. And good intentions from the jihadan queer, too! Let's be tolerant and accept the fact that these depraved and perverted acts are normal in moe-ham-head culture and since every culture is equally good (except White ones, obviously) it would be wrong to punish the sex animal.


At first, Austrian did not release details of the rape, on December 2 at the Theresienbad pool, to protect the victim.

Right. We must protect the victim, hush it up. How noble and heroic. 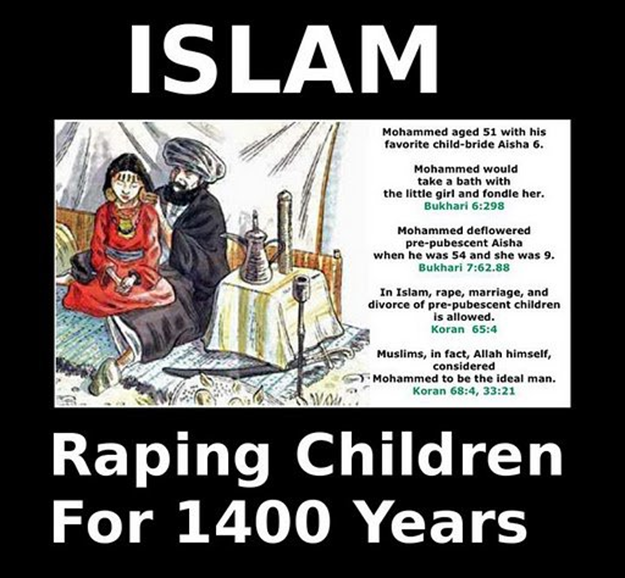