March 11, 2016
As the West gulps down the "diversity" cyanide, convulses, swallows its own bloated tongue and dies we're seeing some rather bizarre examples of what the cultural marxist might call "intersectionality." On one hand there's jewish feminism, preaching the profound evil of ordinary White men and the "rape culture" where the promiscuous misadventures encouraged by the nation-wrecker might lead to regrets after the fact. On the other hand there's an invasion by a shit-colored enemy horde that is targeting our women for real rape, not "I found out he made less than 100k a year after we had sex" or "I didn't want to call a taxi." When it comes to these brazen and appalling moe-ham-head attacks the jew feminist is strangely silent, betraying this spiritual evil as the weapon against White families it was always intended to be.

With the kosher feminist suddenly looking the other way and any other objection to mudslime sex monsters summarily dismissed as "races" or even "xenophobic" the predictable chaos of hush crime attacks, no arrests and memory hole horrors unfolds. In a Swedish town the moon cult rapists rule the streets, with women afraid to go out after dark and an inept and utterly helpless police force more concerned with not offending than stopping the attacks. This is a new low, even by Swedenistan standards.

The streets are deserted after dark in a sleepy Swedish town which is a now no-go zone for women after eight sex attacks in three weeks.

The wonders of diversity, the final reward for flooding your nation with cultural, religious and genetic aliens eager to get handouts and play grab-ass. Who could have predicted this, other than all the "races" thought criminals that we ignored to prove how good we were.

Women have been warned by police not to walk alone at night after the once peaceful town of Östersund was shaken to its core by a string of vicious attacks on females and even children by groups of young men of 'foreign origin'.

Alien origin, dangerous and moronic outsiders brought in by a criminal government to wreak havoc upon a defenseless and gelded population. The town sure was peaceful when it was a homogeneous White community, but now it's ground zero of a jihad against White women. What can explain this? Must be White "racism."

First, two 10-year-old girls were groped at a bus stop by a gang of men who threatened to rape them.

The vibrant, soulful and highly spiritual sand creature, eager to force itself on prepubescent girls (Just like the prophet moe-ham-head!). We need more of this in Europe, a lot more.

The following day, a woman told police she was punched in the face, splitting her eyebrow, by a man who threatened to kill her after he made a rude comment to her.

Just five days later a woman walking on her own was attacked by three men, beaten and pushed to the ground.

The best part about turning over your country to foreign sewage is the profound gratitude they show.


And in the latest incident just five days ago, a woman had to use martial arts to elbow her would-be rapist in the head and escape after three men surrounded her and punched to the ground and tried to pull her trousers down.

Hopefully she'll be charged with assault for striking the innocent moose-limb lambs. We need kick and punch control.

Police in Östersund, with a population of 45,000, say they have never seen anything like this before.

Yeah, I would imagine. Let's willfully avoid making the obvious "racist" conclusion and pretend this is some impenetrable mystery.


They took the unprecedented move of calling a press conference on Monday to warn women to stay indoors.

No "take back the night" marches for suicidal Sweden. Instead cower in your homes, hoping moe-ham-head won't climb through a window. This is a liberal paradise, a free and healthy democracy. 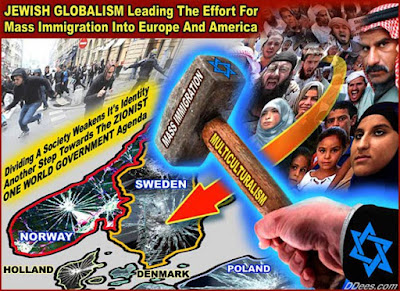 Stephen Jerand, the county police commissioner, admitted police in the town are struggling to cope – adding that the surge in attacks ‘seem unreal’.

It's almost like there's real differences between the races and importing countless backward, idiotic and violent moon worshipers has very real consequences, but let's pretend I can't figure that out so I can keep getting paid.

This is a small town where groups of men are attacking women during the night. We wanted to warn the public and urge women not to walk home on the streets in the central part of the town after dark, because it is not safe.

Officers are confident they will catch the perpetrators and say victims claim their attackers were of 'foreign origin'.

I'm sure we'll easily pick out the guilty from a roiling sea of identical looking and behaving foreign dog shit.

So far only one man, whose nationality is unknown, has been arrested.

Taleb Moafagh, 22, was caught allegedly attempting to flee to Germany on board a ferry in southern Sweden. He was detained in connection to an attack on February 26.

What in the blue hell is a rape ape named "Moafagh" doing in Scandinavia? Simple negligence can't be blamed, this is coordinated kosher malevolence.

An asylum centre has opened 10km outside the town holding 900 refugees, mostly from Afghanistan, Syria and Iraq.

Cause and effect. Let's help the poor little "women and children" fleeing "war." Here's your reward for this comically misguided do-gooding.

Commissioner Jerand added: 'We have had a lot of problems with immigration. It strikes our resources really hard. We are often called out to asylum centres.

It's our greatest strength, though. Let me be very clear on that. 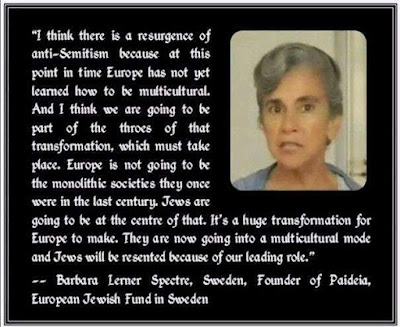