June 23, 2016
A joke my father used to tell: What's the definition of confusion? Father's Day in the ghetto.

Apparently the awkward efforts by living fossils to celebrate the absent "baby daddies" responsible for a new generation of tribal warfare results not only in bemused simians but also in dead nigga bodies (Ah! Ah!) littering the streets of a dying city. The jungle battles continue to rage in Rahm's kosher plantation with creatures straight from your worst nightmares making themselves more aerodynamic with the aid of gunpowder projectiles. What is the answer? Maybe fewer rights for White people, more wasteful programs, more pretending that a violent and worthless race currently fighting an all against all in the middle of a dead nation isn't really a problem. We're certainly not going to honestly address the genetic inferiority of these aliens, that's "racist."

The city recorded its 300th homicide this weekend and went on to record six others over a 60-hour period that saw 59 people shot, 13 fatally, from Friday afternoon through early Monday morning.

So far this year, about 1,800 people have been shot across the city and more than 200 of those wounded have died of their wounds, according to records kept by the Chicago Tribune.

You'll get the bill for this unbelievable pathology, White tax-paying sucker. The negro is clearly improving, just keep paying and bleeding. We'll miracle them into something other than a two-legged virus, trust us.

A 3-year-old boy was among the wounded who survived the weekend shootings.

The boy was in a car seat when an unknown attacker fired shots at the car, police said.

Sitting in a car, dangerous for the Crabgrass American at any age.

The fatalities included a 16-year-old boy who was killed in West Englewood about 9:05 p.m. Friday. He was in the front passenger seat of a car driving through an alley in the 6500 block of South Hamilton Avenue when two males came up and fired shots, according to police.

Sitting in a car, an alley and a "walk up" shooting by coal-colored garbage. This may be the Platonic ideal for Chiraq murders.

At least 28 people were wounded, three fatally, in shootings from 8:30 a.m. Saturday to 4:30 a.m. Sunday, the equivalent of somebody shot every 43 minutes.

We're all equal. Race is just skin color. I.Q. tests are culturally biased and don't really measure anything. Whites stole this land from indigenous people. There was slavery. Guns are bad. Two and two equal five.

The end of the line for the oldest non-imprisoned negro.

One of the fatalities Sunday was a 21-year-old man shot with “possibly an AK-47’’  assault rifle in the Back of the Yards neighborhood, according to police.

Oy vey, assault rifles! Your gun rights are causing the schwoogie to die! 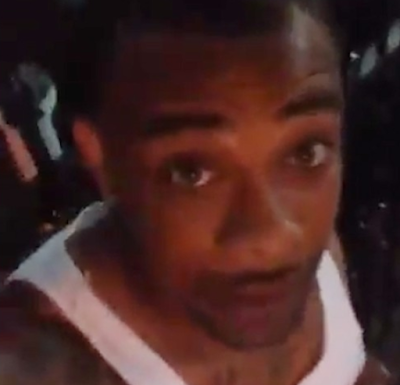 This turd got flushed.

The 21-year-old, who the Cook County medical examiner's office said was Salvador Suarez, was walking east in the 1700 block of West 46th Street around 1:30 p.m. when a light-colored, four-door Saturn pulled up and fired shots with a "high-powered semi-automatic weapon," striking the victim as he attempted to run, said Eugene Roy, chief of detectives for the Chicago police.

A natural conservative takes one to the "dome" from its fellow wise la-teen-ohs. It was a "high-powered semi-automatic weapon" goyim, as are pretty much all guns with the possible exception of single-shot Renaissance-era matchlocks.


The victim was pronounced dead on the scene, and the shooting was believed to be gang related, Roy said.

I know, I was surprised too. 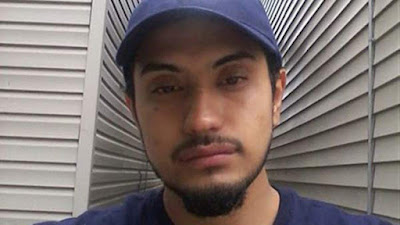