The Spread of False Information

June 28, 2016
We need a lot more immigration, especially in places like Idaho. Every last White must be hunted down and "enriched" by the presence of sullen and dangerous invaders who correctly interpret our deranged kindness for weakness. The more comically incompatible the "immigrant" is with the ever-shrinking pool of muh democratic values, the better. After all, every nation and culture and religion is equally good, which is why brown sewage is desperate to flee the lands their genetically programmed inferiority destroyed for formerly prosperous White nations. If the invader should happen to bring that failure with them and express it via sexual aggression toward preteen Whites that's something we'll willfully ignore and punish you for noticing.

Reaction to threatening comments from President Obama’s U.S. attorney in Idaho following the release of two Muslim boys accused of sexually assaulting a 5-year-old girl have been swift and severe.

Idaho isn't quite ready to transform itself into a combination of Pakistan, Africa and East Germany yet. Still, it must make this transformation if it's going to survive, ask any jew. A few million more tar-colored moe-ham-heads should be enough to tip the balance toward the totalitarian globalist nightmare state that it's clearly in our best interest to support.

Wendy J. Olson, the U.S. attorney for Idaho, indicated in a statement Friday that Idahoans who spread “false or inflammatory information” about the alleged Muslim perpetrators may be subject to prosecution.

If you have a problem with moose-limb rape gangs targeting girls just out of infancy you must be punished, according to the wise dyke bitch from hell who special preferenced her way into a position where she can attack the normal, healthy Whites she so passionately hates.

The boys accused are ages 14, 10 and 7, and their families have been evicted from the Fawnbrook Apartments in Twin Falls, where the assault allegedly took place.

I'd like to take this opportunity to remind you that diversity is our greatest strength.

The two older boys are immigrants from Sudan and the youngest is from Iraq.

We need a lot more Sudanese animals in Idaho. It's the right thing to do and think of the advantages for muh global economy. You want an already obscenely wealthy jew scumbag to get slightly more geld, don't you? Come on, commit cultural suicide to enrich the rootless merchant outsider. 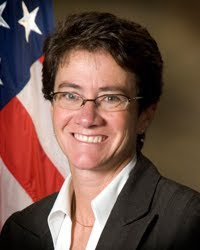 They are believed to be refugees but the government has yet to say exactly how they entered the country, only that they have come “within the last two years.”

Nothing screams free and open society like a government that secretly works to flood your White community with sub-Saharan slime and then can't even be bothered to explain itself when questioned about this suicidal madness.


The Olson statement that is drawing fire from First Amendment advocates is as follows:

Muh constitution. I'm sure the non-White mud flood that is being used to replace us will show extreme levels of reverence and fidelity to this most important scrap of paper.


“The spread of false information or inflammatory or threatening statements about the perpetrators or the crime itself reduces public safety and may violate federal law.”

I know you're reading this you evil slot-licking criminal so I'm going to address you directly. Your time in power is about to end. We're going to win. We're taking back our nation. There's nothing you can do about it.


(((Daniel Horowitz))), who represents WND on First Amendment issues, went one step further. He suggested Olson’s words, insinuated that “false or inflammatory” speech could get an American citizen arrested, consisted of a terroristic threat.

Oy vey, the terrorism! Time for some damages control, time to pull the kosher choke chain on the uppity rug muncher. The jew can see the tide turning, but it's too late to do anything. The future is nationalism, not globalist insanity. 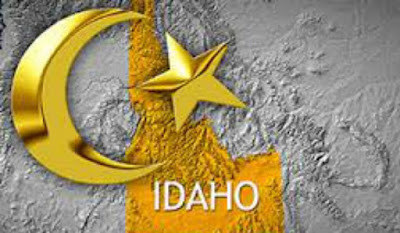