September 07, 2016
Reality, the information provided by your lying eyes, physical evidence and statistical patterns is "racist" and therefore must be rejected as untrue in the name of our State Religion of jewish cultural marxism. Having opinions that conform to the expected orthodoxy of the cathedral synagogue is far more important than trifling matters like "truth" or "not living in a state of willful delusion." If we close our eyes tight enough, scream loud enough, the negro should start acting somewhat human, the may-hee-can should start voting cuckservative, the jew should start caring about something other than muh shekels and the brown slaves promised by the talmud. Go away objective data, you're hurting our feelings and making our flying racial equality monster cult look foolish. Let's abolish math, it's the right thing to do.

It's no surprise that inequality in the U.S. is on the rise. But what you might not know is that math is partly to blame.

Ay, yo. Holl up. *smacks lips* Is you sayin' we wuz enslave bah dee nunbahs?

In a new book, "Weapons of Math Destruction," Cathy O'Neil details all the ways that math is essentially being used for evil (my word, not hers). 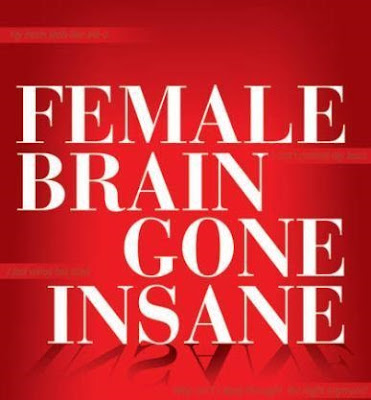 From targeted advertising and insurance to education and policing, O'Neil looks at how algorithms and big data are targeting the poor, reinforcing racism and amplifying inequality.

Leave it to "big data" to take note of the non-White criminality, bastardy, financial irresponsibility and general pathology caused by low intelligence, lack of future time orientation and alien genetics that aren't compatible with civilized White nations. This data is making people "races" so we're clearly better off without it. Let's just pretend everything is fine. Here, watch some Africa ball! Drink this booze! Stop thinking. Don't you feel better?

Denied a job because of a personality test? Too bad -- the algorithm said you wouldn't be a good fit.

Question #43 A customer is disappointed in the service she received and is getting angry. How would you handle this situation?

A. Discuss the grievance, try to figure out what can be done to remedy the situation and then apply that intervention.
B. Muh dikk, bee-atch.
C. Eyyyy, aye speeeeeaak no angleee, I theeeennnkkkk.
D. Oy, you no good shiksa! This is another holocaust, six million up the chimney, my ten fathers all gassed by the not-sees!

A heartless algorithm ruins everything. We should examine why Barkevious thinks grabbing its genitals is an appropriate reaction to a service complaint and then realize it represents this creature's exciting and vibrant culture and is actually a good thing. Somehow.

Received a harsher prison sentence? Here's the thing: Your friends and family have criminal records too, so you're likely to be a repeat offender.

O'Neil, who has a PhD in mathematics from Harvard, has done stints in academia, at a hedge fund during the financial crisis and as a data scientist at a startup.

She has contributed nothing of value to our dead nation, has no children and is now discovering secret "racism" in basic statistical models. 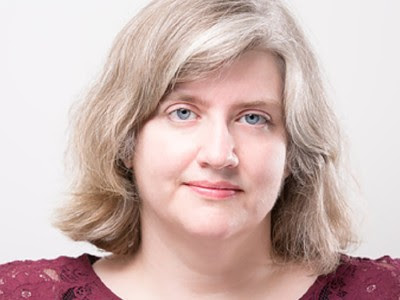 My house full of cats will sure be excited that I discovered hidden "racism."

"I worried about the separation between technical models and real people, and about the moral repercussions of that separation," O'Neill writes.

To say and believe something this profoundly idiotic requires years in an Ivy League setting.


She started blogging -- at mathbabe.org -- about her frustrations, which eventually turned into "Weapons of Math Destruction.

Yeah, this doughy madwoman is the math babe. Really.


For years, criminal sentencing was inconsistent and biased against minorities. So some states started using recidivism models to guide sentencing. These take into account things like prior convictions, where you live, drug and alcohol use, previous police encounters, and criminal records of friends and family.

Past behavior as the best indicator of future outcomes must be discarded because we're forced to share our living space with a dangerous failed alien branch of humanity. Let's pretend these highly accurate and coldly logical numbers are somehow prejudicial. This is a nation that has lost its mind and lost its soul.


Or consider the fact that nearly half of U.S. employers ask potential hires for their credit report, equating a good credit score with responsibility or trustworthiness.

We forced them to stop I.Q. testing, the next logical step is removing background checks for deadbeat or criminal behavior. We all know they're good kids turning their lives around and decades of harming society shouldn't be held against the tar monster who already receives preferential treatment in hiring.


And yet employers see a credit report as data rich and superior to human judgment -- never questioning the assumptions that get baked in.

"I got a good feeling about you La-ah," is clearly superior to using hard data to form conclusions. This from a Harvard-educated math wizard. Learn a trade, White man.


She's optimistic that laws like HIPAA and the Americans with Disabilities Act will be modernized to cover and protect more of your personal data, that regulators like the CFPB and FTC will increase their monitoring, and that there will be standardized transparency requirements.

We could create more Stalinist agencies full of sinecure government employees monitoring for "number crime." This is progress.


"Big Data processes codify the past," O'Neil writes. "They do not invent the future. Doing that requires moral imagination, and that's something only humans can provide."

Yeah, imagination is right. Imagine that morlock is just a sun-tanned White. Come on, wish away stupid reality. Get that head in the sand and invent the bleak and windblown future. 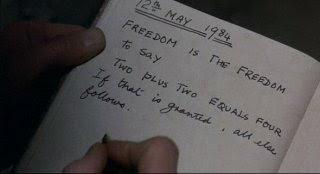