September 12, 2016
Please watch the following amazing video. Be sure to copy and spread, for unknown but certainly highly legitimate reasons it keeps being deleted on jewtube.


This Current Year just keeps on delivering the goods. Just prior to this embarrassing collapse the dyke bitch from hell had declared the enemies of globalism and jewish communism to be "deplorable" and "irredeemable" and even "not America." We are now Ukrainian peasants. There is no redemption, no miracle cure, just a bullet to the brain from a system that is pure evil. They hate us, they want us dead. The mask slips off, the power-mad semitic puppet showed her true face. She's Soros. She's Bezos. She's Bela Kun. She's Stalin.

Luckily for us, it's all a house a cards and the gentle breeze has arrived. For all the marxist talk of inevitability of victory and unstoppable historical forces they remain an unsustainable failed kosher experiment, led by rapidly expiring spiritual lepers kept in a vertical position by injections from Dr. Negro and the consuming hatred for humanity by the demons possessing the feeble mortal shells. Down goes the lesbian witch, collapsing just like her campaign. The grotesque celebration of jewish control over the U.S.S.A. and insane immigration policies is cut short. No phony tears, no "It's a shame some people blamed moose-limbs and jews for this misfortune and all the disastrous kosher wars and dead goyim it caused," only a face-first trip into the uncaring ground barely prevented by handlers who seem to have a lot of experience dealing with this sort of thing.

Yes, it's 2016, bigot. Time to get with the times. No more false song of globalism, no more steering the ship of our nation toward the siren arias only to dash to pieces on the unforgiving rocks of demographic reality. It's time for nationalism, time to restore our lands, our pride and our people. Their time is over, clearly represented by a half-dead slot-puncher who is an ugly relic of an era that has passed. Against all odds, we have a chance to redeem our homeland from deplorable jewish policies, to make it clear to the alien invader that they are not America, to reverse the dark tides of oblivion.

We've seen the banality of evil, now we see its weakness. It was always this pathetic. The demons have no power except for the power we give them. We're taking it away. Prop up the devil-dyke, stuff it into an increasingly ridiculous pant-suit, insist it isn't about to die. The lies have come to an end, the pathetic deceits melt away under that sweltering New York heat (high seventies!). Must be pneumonia. Push the carcass through the doors, circle up in a failed attempt to hide the evidence. More exciting "herstory" made: the first walking corpse nominated by a major party.

The censorship, the blatant falsehoods, the piles of Soros shekels all amount to nothing. Bezos can't even afford to keep a shoe on her hoof. Millions in foreign donations can't reassemble Hillary Dumpty. All those mysterious "accidents" and we still can't block a camera held by some deplorable peasant. She's still supposed to be installed as President, though. Trust us, it's going to happen, goy. The enemy has lost all their weapons against us. We're going to win. 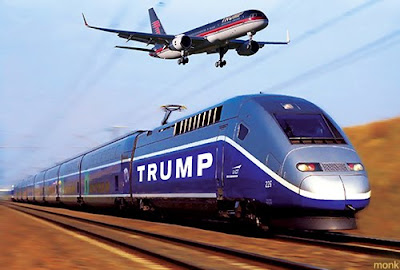