September 30, 2016
It's easy to fall into pessimism and defeatism when you look back at the disastrous jewish century and realize what was lost. The future, however, remains unformed and it's up to us to shape it. With this in mind, I think it's important to see the positives and to focus on our coming victory rather than despairing at the kosher obstacles that stand before it. In the U.S.S.A. the forces of globalism are in disarray, reduced to trotting out a chubby wise la-teen-ah drug cartel porn slut in a failed attempt to play on our emotions. There is no rational reason to vote for the dyke bitch from hell, so this is all they have left and even that is failing. The lesbian witch will either be soundly defeated in an honest election or be installed after obvious fraud. Both of these outcomes are good for us and will bring more awakened Whites into the fold. It is, after all, the Current Year and we're on the Right Side of History. Whites are returning to nationalist sanity and turning off the negro ball.

In Europe the center can not hold. The current suicidal plan to bring in millions of cultural, religious and genetic aliens is foredoomed to failure and the marxists are going to lose all their remaining credibility in the process. In Eastern Europe there are countless positive signs and this is likely to be the base from which Europe as a whole is reclaimed for our people. The jewish century is over. The century of White Nationalism has begun. We're going to restore our lands.

Prime Minister Viktor Orban urged Hungarians to reject European Union migrant quotas in a referendum on Sunday, evoking the fear of a militant attack to rally people to the polls in a vote that looks uncertain to reach the required turnout.

Can you imagine if "a million rapefugees for Idaho!" was put to a popular vote? Yeah, that's probably why our criminal government simply ignores the consent of the governed and brings in the brown slime without our permission. In the Heart of Europe there is a chance to vote on whether you think a jihadan invasion of your ancestral lands is a good idea. I wonder how that election will turn out.

Orban has been at the forefront of opposition in Europe to the position taken by German Chancellor Angela Merkel, who has said Europe had an obligation to take in refugees.

Our only obligation is to our family, our people and our survival. We don't owe moe-ham-head anything.

Orban has sealed the southern border with Serbia and Croatia to migrants with a razor wire fence and around 8,000 army and police.

Not quite the imposing and beautiful Trump Wall, but it does get the job done. 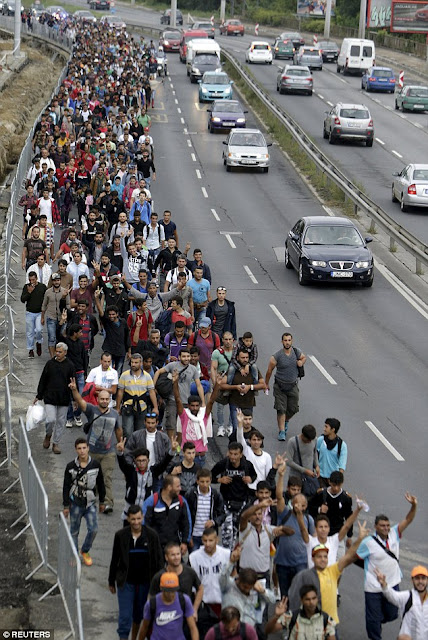 While opinion polls show support for a rejection of the quotas topping 80 percent among those who say they will vote, they forecast turnout will not top the 50 percent required by the constitution for a referendum to be valid.
Surprise, the average Hungarian doesn't want sharia law, rape gangs, pack attacks, explosions, mayhem, hate and weakness. Fortunately we might be able to talmud our way out of this by making unreasonable voter turnout demands.

Orban said an overwhelming rejection would empower the government to defend the country and fight in Brussels for a change in migration policy, adding he was ready to start negotiations as soon as next week.


'They (migrants) don't know how to behave, they steal, they rape women, they carry weapons, they organise and do terrorist things,' Iren Botos, a retired chemistry teacher, said in Budapest.


'This is a domestic Orban exercise. If it emboldens him further, that is no good news for the EU,' one diplomat said.

Oh no, not the European Economic Union! We must save our satanic globalist Tower of Babel, the interests of the average European be damned. Come on Hungary, let in the moon cultist enemygrants to kill and rape, it's the right thing to do.


The only visible campaign against the referendum comes from a small spoof called the Two-Tailed Dog Party. Their posters are mocking the government's anti-immigrant rhetoric but are unlikely to have substantial impact. 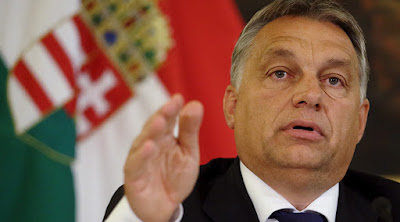