November 11, 2016
With all the excitement over the election and the victory of Nationalism over the false jewish song of globalism it's easy to miss the fact that the kosher bread and circuses have been silently collapsing. Collective White interest is back as an unstoppable political force and the various anti-White institutions are now going to suffer as we withdraw our support. First on the block is the Negro Ball, that ugly kosher spectacle that once enjoyed staggering popularity with slumbering Whites but now finds itself following the African Tree Hockey Association towards irrelevance. Suffice it to say Big jew is not happy with the loss of shekels and the loss of a platform to promote spiritual rot to the goyim. Now they're scrambling for ways to get the shkotzim back in front of the electronic synagogue watching that boy run instead of working to restore our homeland.

N.F.L. Commissioner Roger Goodell said on Thursday that the league was looking at a variety of ways to shorten game broadcasts, including trimming some advertising, to keep the action moving.

I don't know, four seconds of coal piles followed by a minute of milling around is the very definition of "action," why would you mess with this winning formula? Watching a fat negro criminal in pink stand around waiting for the next "play," you're gonna be my new Sunday thing.

The league has seen its television ratings plunge this season, something that Goodell has said is related to a number of factors, including the intense interest in the presidential election, as well as shifts in the way fans have been watching games.

There's a new way of watching the "Big Game." It's called turning it off. We don't care if Red beats Blue. We're making America great again.

Goodell noted, though, that the pace of games could also be a factor in the ratings decline. Fans have complained for years that games are too long, and they frequently express annoyance at the number of commercial breaks and video reviews. Last season, the average length of regular-season games, from kickoff to final whistle, was 3 hours 8 minutes, six minutes longer than in 2008.

Three hours of passive negro cuckoldry. Think of what you could accomplish with that block of time, from the gym to the shooting range to time with your White family.

Goodell said the league was considering a number of potential solutions to improve the pace of games, including running fewer advertisements and changing when they run. The league is also looking at ways to speed up video reviews by its officials as well as the time it takes referees to announce penalties on the field.

"After further review, if you're watching this you're a pathetic weak loser. First down." 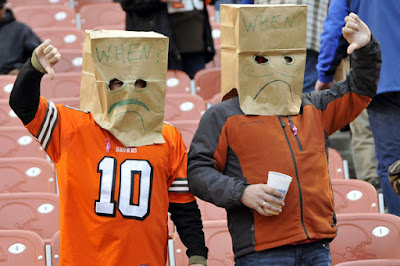 They finally figured out they could just stop watching.

“Every game counts, so that makes our inventory incredibly valuable,” he said, adding that the league has to be careful not to saturate the market.


Goodell was uncertain how the election of Donald J. Trump — who brought a lawsuit against the league three decades ago — would affect the N.F.L. He noted that Trump favored less regulation, but he said that the primary concern for the league was its ability to reach fans through the media and technology. It was unclear what changes, if any, a Trump administration might make that would affect those industries.

How can we blame this on Trump??? 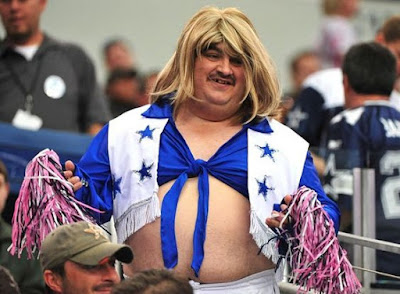