December 12, 2016
The jew is an alien and an outsider everywhere they're found, their loyalties always lie with their tribe and not with whatever gentile nation is currently hosting their con games. To expect a jew to adopt your culture and traditions and maybe stop trying to reward your generosity with endless attacks is about as reasonable as expecting a poisonous snake to behave itself if you scoop it up and put it in your pocket. They are our misfortune, the rootless cosmopolitan, the traveling merchant, the enemy within, the children of the devil. In Minnesota, a state being rapidly destroyed by their malfeasance (how about another million Somalis next year?) a newspaper thought it was important that we give Yentl a platform to rail against the Christmas season. I guess because they're g*d's chosen and full of goodness and light.

A jew can't be a Minnesotan any more than the 60 I.Q. African garbage flooding into this thoroughly cucked state can.

When did I reach my breaking point? I was sitting in the bleachers of a high school gym, waiting for my 9-year-old daughter’s dance recital to begin. It was the Saturday before Thanksgiving. My husband and I had arrived early, as soon as the doors opened, to secure our seats. And then it started, the irritating music pulsing over the loudspeakers.

Oy vey, I can't stand the behavior of the unclean meat. We were herded into the high school gym from cattle cars. Then the goyim turned on the speakers and out came the deadly gas horrible music. So irritating, thank goodness we're replacing the shkotzim with the worst available moose-limb sewage.

This wasn’t just any music. These were Christmas songs by the likes of Boyz II Men, El DeBarge and other artists of yesteryear.

LOL. These are soulful brown artists sharing vibrancy. This is the gift of rich "diversity." If you don't like it, you must be "racist." 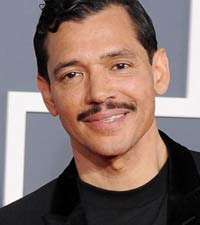 Perhaps I was provoked by the uncomfortable bleachers, but I turned to my husband and said sharply: “I wish they would turn off this crap.”

...and such small portions!

I’m not sure why it hit me then. I’ve spent dozens of holiday seasons politely smiling at the Salvation Army bell ringers and the random strangers who wish me “merry Christmas.” They have no idea, nor any care, that I don’t celebrate the holiday.

They should care, that's for sure. Not offending delicate jew sensibilities should be your top priority, all the time. We don't want to force them to hatefully grit their teeth at the cattle, after all. I'm guessing no shekels went in the charity slot, but on the other hand they are the Light of the World and their mere presence is already gift enough for us.


It wasn’t until I left Minneapolis and headed east for college that I realized how small our Jewish community really was. I went to school in Washington, D.C., with a large contingency of Jewish kids. It felt a bit foreign at first, but I came to find it quite comforting. For once, I didn’t feel like being Jewish was in the minority.

We like to be with our own kind. And that's fine, unless you're White in which case it means you're a hate-filled and "ignorant" bigot that needs to die.

Sure, Minneapolis had grown more diverse while I was away, but it was still an adjustment living here again. The kinship I felt with all those other East Coast Jews was suddenly lost.

Well, back to hating Middle America and working to destroy them with identical looking and behaving "diversity." We're getting closer to the thousands of brown slaves promised by the talmud, but the shkotzim aren't dying fast enough.

When someone wishes us a merry Christmas, we cheerily respond with “happy holidays!”

When someone wishes me "happy holidays" I cheerily respond with "You have to go."

But the people who celebrate these other holidays? We shouldn’t be an afterthought. Maybe that’s why I got so frustrated as I sat in those uncomfortable bleachers.

Well, that and the whole poisonous mushroom working to destroy White nations from within talmudic mission. 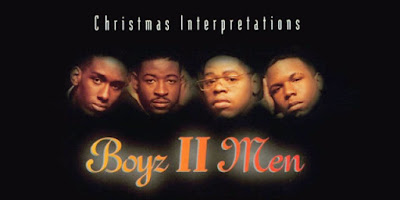