August 10, 2017
Are you ready for some negro ball, fellow work unit? Isn't it exciting to watch overweight living fossils slam into each other briefly and than mill around doing nothing for awhile, allowing us to be bombarded with advertisements and jewish lectures on why we need to give up more of our rights. Come on over, we can root on "Red" together! Don't worry, my wife won't be there, she usually disappears on the weekends and comes back late Sunday night smelling of menthol cigarettes and Arizona Ice Tea. We can even try to "direct" while the African bull we worship is playing grab-ass. I sure hate "Blue," but "we" beat them nearly half the time, which is really exciting. And guess what else? Some of the morlocks are convicted rapists who are being rehabilitated by this ugly kosher spectacle!

A man convicted of rape as a teen in a case that drew international attention will be part of the Youngstown State football team this year but won't be allowed to play in any games, the school said Wednesday in responding to criticism surrounding his participation.

A few people were wondering why a negro rapist is part of muh team. Don't worry, this sex monster won't be seeing any time on the field until next year when you've all stopped caring. The simian who sexually assaulted an unconscious victim, took lots of pictures and videos of the crime, posted it on Faceberg and generally displayed an anti-soul so vile one has to wonder why we're forced to share living space with these monsters can also run really fast for a few seconds and that covers a lot of sins.

Ma'Lik Richmond served about 10 months in a juvenile lockup after being convicted with another Steubenville High School football player of raping a 16-year-old girl during an alcohol-fueled party in 2012.

We don't want to ruin your promising Congo Ball career, so here's a joke sentence for this vomit-inducing pathology. Can't wait for the talmudvision episode where all the negro rapists become White frat boys. We'll allow this good boy to turn that life around. I mean, you were young once, too, right? Who among us hasn't taken pictures of an unconscious girl we just ejaculated on and then posted them on Zuckerberg Inc. with witty comments about how she's probably dead. Boys will be boys.

The case brought international attention to the eastern Ohio city of 18,000 and led to allegations of a cover-up to protect the football team.

Here's all the horrible details. This was followed by the memory hole, deafening silence from jewish feminists, comically lenient sentences, and now a spot as a "scholar athlete" on a college team. Here we have actual "rape culture," but the animals involved are more equal, so let's just get back to cheering the shit-colored criminal scumbags on "our" team.

Richmond, now 21, will be a member of the team at Youngstown State, a Football Championship Subdivision school in northeastern Ohio, but will forfeit a year of participation, the school said in a statement.

No football for a year and maybe no seconds on dessert on most weekdays seems like a fair punishment. 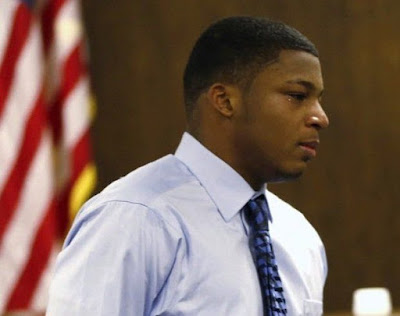 He didn't do [anything].

"He will be given the opportunity to benefit from group participation, the lessons of hard work and discipline, as well as the camaraderie and guidance of the staff and teammates," the statement said.

Being surrounded by his fellow worthless thugs and pathetic White cuckolds should quickly reform this promising young man. Think of all the valuable lessons you'll learn while piling on top of other evolutionary dead-ends and being worshiped by debased Whites. This poisonous nonsense is sure to cure the rape ape.


The school said Richmond participated in spring practice and earned a spot on the roster as a walk-on. Youngstown State coach Bo Pelini told The Vindicator in Youngstown that he had sought out Richmond, a linebacker, after learning the young man was already attending the school.

I heard about this member of a failed branch of humanity with foreign DNA who could run into its fellow night terrors and knock them over with some degree of skill and of course I was extremely aroused, I mean interested, in recruiting this creature. 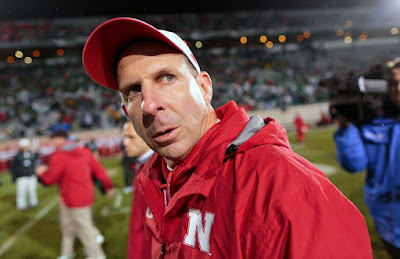 Pelini said he met with Richmond and educated himself about the case before deciding that he deserved a chance to play.

First I "educated" myself about the case with my pants around my ankles the whole time. Then I was eager to meet my new jungle toy. 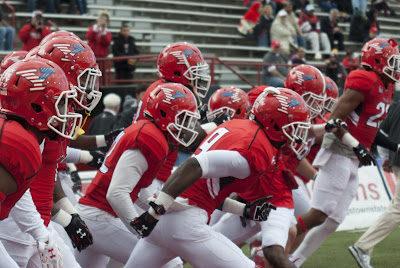