August 07, 2017
The city of Baltimore is occupied territory, conquered by an army of dark inferiors after the Whites fled the predictable failure that accompanies this alien race wherever it's found. After fifty years of appeasement, spending, groveling and moving away to areas untouched by the content of their character we live in a country where many urban areas are foreign soil, annexed by the African heart of darkness. We ran and cowered while the shit-colored biological weapons unleashed by the jew devoured entire cities. There was a reason for segregation. Now the solution is deportation. In Bodymore, Murdaland we see the high price of cowardice, of conflict avoidance, of being afraid of being called names by semitic demons who want us violently dead. Whites are gone, hope is gone and all that remains is the endless night.

A hopeful weekend cease-fire in Baltimore was marred by two fatal shootings on Saturday.

When prison language gives way to the language of war you know you're living in a healthy society. Let's lay off the tribal warfare for a few days, this will prove we're not living fossils full of foreign genetic material who are completely incompatible with White nations. Only two fuzzies got blasted, two more entries in the seemingly endless string of negro success stories. Race is only skin color. These are just over-cooked Europeans. Everyone is equal. You're evil and wicked for being White.

The rich tapestry of the "African-American" experience. Nigga bodies (Ah!) are made more aerodynamic by their fellow night terrors. He bee leekin an sheeet, gett dat free medd-ick-all cahh. Barkevious gracelessly expires after one final burst of wasteful spending.

Activists had called for a 72-hour cease-fire in the city, a movement that was embraced by the city’s police department and mayor. Community groups handed out fliers reading "Baltimore Cease Fire" and "nobody kill anybody for 72 hours" from Friday through Sunday.

Fifty years ago it was speculated that we would have colonies on other planets by now. Instead we have "donn bee keeling naw-bawdy foe sebenty too ours." "Diversity," our greatest strength. 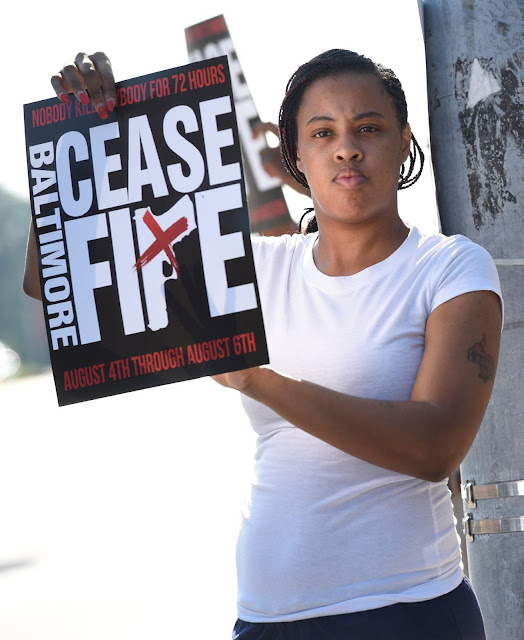 Please wait until Monday to kill someone.

Baltimore police spokesman T.J. Smith said that the killings should not take away from the goals of organizers. The killings appear to be the first homicides of the weekend.

We can't let stupid old reality get in the way of our delusional plans for somehow controlling genetic determinism.

"Yes, there was a homicide. But,the work doesn't stop," Smith said in a tweet Saturday evening.


Before the cease-fire began, one of the movement’s organizers, Erricka Bridgeford, said the effort might not stop all violence — but it could be a step in the right direction. 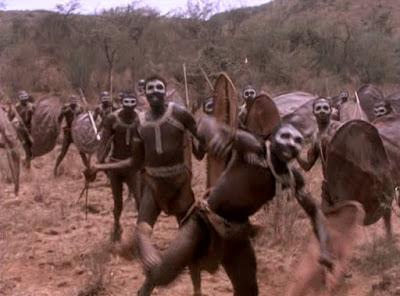 "We don't think this is a cure," she said. “We don’t think this will even necessarily stop violence that weekend, but we know that some people have made promises that they won't, and that just might save somebody’s life."

This is empty and meaningless grandstanding that won't even make a dent in the tribal warfare but we can pretend it's helping. We're a moronic, childlike and dangerous cargo cult. Come back, White debil, we dyin' hee-ah. 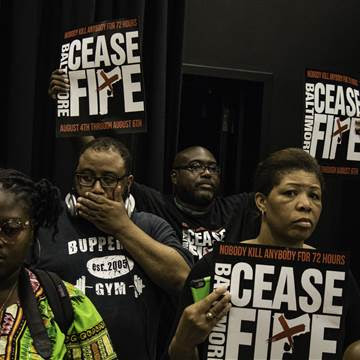