August 24, 2017
Almost every argument in favor of "diversity," defined as massive foreign invasion by identical looking and behaving aliens, has as its cornerstone all the exciting food you'll get and perhaps the soulful music and other poorly articulated "vibrancy." Maybe they'll rap or make kites. Obviously, I'm not counting completely disingenuous and delusional rationalizations like "We're all equal!" and "This is a transformation you gentiles must go through, with jews right at the center of it" which are so bizarre and obviously deceitful on their face they don't really deserve serious discussion.

All that remains, then, is the promise of reeking ethnic food and maybe some bongo drums. Everyone knows that no White person is capable of making a taco (It's like a la-teen-oh Manhattan Project!) or pounding on a log. Despite this self-evident truth it still seems like a pretty bad trade-off for the complete destruction of your homeland and your new status as a hated minority in a land where your family has lived for centuries, but a supermarket in Germanistan doesn't think so.

A German supermarket has emptied its shelves in an effort to make a point about racism and diversity.

I got all excited thinking this would be the first interactive German Holodomor memorial to go with the countless holohoax ones sprouting up like weeds everywhere, but the truth is, of course, much more pathetic.

The Edeka store in Hamburg removed foreign-made products from its stock, replacing them with sign bearing anti-xenophobia slogans.

The irony of using Soviet Union "fill your empty stomach with jew slogans" insanity is probably lost on everyone involved.

Surprised shoppers entered the store to find that much of the normal selection was gone, demonstrating how reliant they are on other countries for everyday products.

Surprised pedestrians entered the sidewalk to find a truck being driven by a moose-limb alien running them down.

Instead, they were greeted with signs saying: “This shelf is pretty boring without diversity.”

Stiff and boring old Whitey, he can't even feed himself he's so bland and dumb. We need another million brown monsters this year. We need to die. 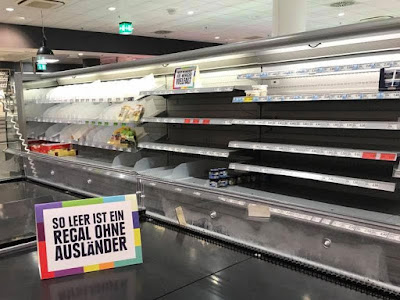 Other signs said: “Our range now knows borders”, "This is how empty a shelf is without foreigners" and "we will be poorer without diversity".

In our world there's no such thing as "imports." We need to be demographically replaced by sand monsters and 65 I.Q. African tribals or we'll all go hungry. This is extremely logical, especially considering the rich agricultural bounty in the countries these racial inferiors are fleeing.

The campaign was met with mixed reactions among the German public, with some praising its boldness.

This is extremely courageous. You have boldly agreed with all your jewish plutocrats and every single elected official in your criminal government. What a hero. I'm brave enough to shout my support for Stalin from the rooftops, to clap until my hands bleed, to avoid even the hints of Face Crime.

“Looking at all the mentions of hate and lack of understanding of other people I got, I'm happy that I posted it and showed my two cents against the racists, even though I know it was mainly about diversity.”

Whites were inconvenienced and angered by this vile grandstanding, so it was totally worth it. I can't wait for the "diversity" of a moronic and violent sea of brown sewage and my virtuous feel-good slouch to the gallows. Look at that moon cult scimitar digging into my neck, I bet that makes you think, you "racists."

Julia Klöckner, a vice Chairperson of the Christian Democratic Union party, praised it on social media, calling it a “wise action” that would give people pause to think.

In a land of fools, criminals, opportunists, cowards, degenerates and victims "wisdom" has a very different meaning than the old, bad one.


And some opposed the move politically. Marcus Pretzell, of the anti-immigrant Alternative for Germany (AfD) party responded to Ms Klöckner’s remarks by saying: “Why exactly should it be wise? Is it not rather completely mad?”

Yeah. No shit. Best of luck with your timid, principled and hand-wringing opposition to the destruction of your own country, maybe you'll get 10% of the vote this time. Germans do realize that there's no kommissars watching them in the voting booth, at least not yet, right?


Immigration has been a key theme in German politics since the 2015 decision of the Chancellor, Angela Merkel, to allow more than a million migrants into the country, many refugees from war-torn Syria.

I believe the phrase you're looking for is "women and children" fleeing "war." 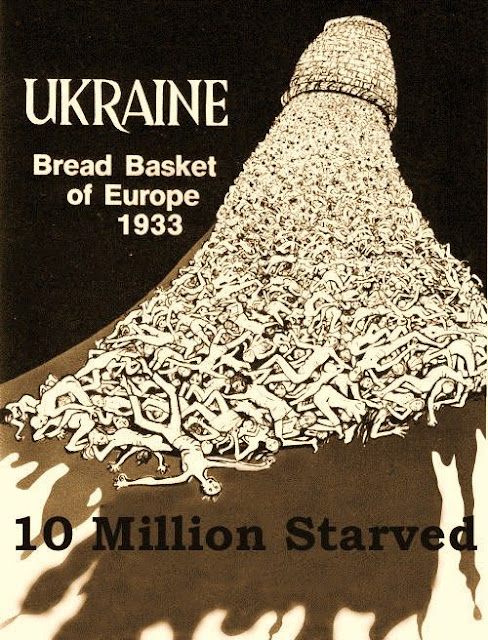