August 29, 2017
The wandering alien is now hard at work censoring Jewtube to protect the cattle from ourselves. The ADL isn't just about defending jew child killers anymore, goyim. Now they are the sole guardians of our mental hygiene and will make sure that the far dark corners of the internet stay in the shadows, where they belong. This is a noble mission and one that is sure to be directed at only the most deserving of targets.

We’ll soon be applying tougher treatment to videos that aren’t illegal but have been flagged by users as potential violations of our policies on hate speech and violent extremism. If we find that these videos don’t violate our policies, but contain controversial religious or supremacist content, they will have some features removed.

It is definitely time to get tough, what with all the bad gentile behavior going on. I think we can easily agree that "hate speech," which sure sounds bad even if no one seems to know what it actually is, and "violent extremism," like Christians shooting up abortion clinics or refusing to make baked goods for sodomites, needs to be controlled. Besides, who wants to see "controversial" videos, anyway? It'll get you all upset and make you less likely to spend your shekels on stupid trash you don't need. Let's not forget "supremacists," which might include, hypothetically speaking, a group of people who believe they are chosen by g*d and deserve to rule over what they call "unclean meat."

With all of this is mind, it's time to watch, if you dare, the first video to be given the gulag treatment by the wise jews who care deeply about the individual worth of every last shkotzim and schwoogie. What could it be? An Islamic State recruiting video? A shocking depiction of a negro getting murdered by its fellow night terrors? The black lives matter kidnapping? Maybe even evil not-sees calling for homicidal gas chambers? Incredibly, it's none of the above. Get the children and sensitives out of the room, hold on to something, here comes the violent extremism, hate, supremacist evil and general ungood. I'd like to remind you there's still time to hit that "back" button and get out of here, saving yourself a harrowing journey into the soul's deepest darkness. Still here? Well, you're hardcore. Let's watch the shocking malignancy which was finally cut out by Doctor Shlomo.

Here comes the depravity. We start with a bizarre, supremacist logo featuring an Ionic column, an unpleasant reminder of Western Civilization that must be destroyed. This is followed by an older White man and I'm already deeply triggered. Is that a skull on the shelf? This crazy milk muss bee hann-ee-ball lekker or sum sheeet. There's also lots of books, which is nearly as bad. Stay out of those, gentiles, you can learn everything you need from the talmudvision and the publik schmuel.

It gets worse and it's pretty clear why this was the first video selected to become uncontent. "Racial differences in intelligence." The mind swims with images of barbed wire, smoke pouring out of chimneys, shallow graves, Nebelwerfers shooting rockets, jack boots kicking in doors and all the rest. The honkey even admits how "unpleasant" this is. Welcome to hell. This man is the devil. "Huwhy talk about it?" Good question! Put him in prison!

The hate just keeps spewing. I'm so glad the merchant decided this video should be intentionally starved, like a Ukrainian peasant, of views, comments and likes. 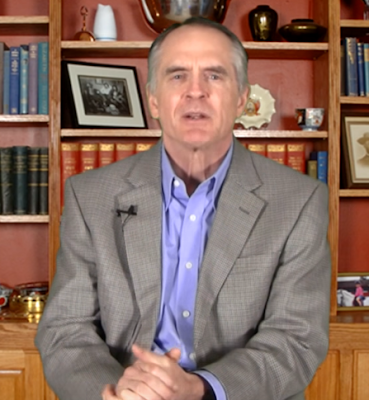 The face of violent extremism.

The main lesson of this kosher attack on the mildest available form of Hate Truth is that there's nothing the jew fears more than discussing forbidden topics in a calm, rational and adult fashion. Indeed, they've created an entire marxist vocabulary to shut down this discussion, to declare it blasphemy against the Holy Mother Church Synagogue. In a fair exchange of ideas, we win. Racial differences in intelligence are accepted by every serious researcher in that field, just as the massive societal implications of these differences must be universally rejected, for fear of the jew. Bow to the kosher plutocrat, believe lies so that life is easier, what difference does it make anyway? This is the insidious corruption of our time. The truth requires no protection, it's self-evident. The lie must be rigorously policed, lives must be ruined to set an example, dry lectures on I.Q. testing must be stuffed into the Jewtube memory hole.


Our semitic enemy knows they can't win. Too many Whites have been exposed to reality and once you've seen the Sun you lose all interest in the kosher shadow puppets back in the cave. There's nothing they can do to stop us, this final round of censorship is too little, too late and too pathetic. We're going to win. 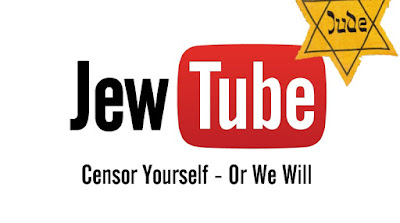