August 18, 2017
My thoughts and prayers are with the victims of [the Barcelona terror attack]. This is a horrible tragedy, an attack on the diversity that is our greatest strength. If we learn any lessons from this we dishonor their memory. We must continue as if nothing happened. [Vehicular homicide and hostage taking] are a part of life in the city and something we have to get used to. My biggest fear is a backlash from "racists" against the many innocent [Moroccans]. I trust you all have your candles lit. Let's have a song. "Wrist icicle, ride dick bicycle..."

With the new total war being waged against Crime Think (And I'm glad it's happening. I disavow! I DISAVOW!!!!) there's going to be some major editorial changes around here. This means no more uncomfortable facts that might get us all in trouble. Instead we're going to focus on the Liberia Ball (I mean Football. Yes, there's going to be some growing pains as this blog undergoes a fundamental transformation it must make if it's going to survive. Jewish pressure will be at the center of this and may be resented, but hey, I'm not some dumb-ass hero who gets sent to a gulag or starved to death).

That's right, it time for our scholar athletes to thrill us with their amazing talent! Get your booze, grab your pills and settle in, America is going to be united again rooting on the incredible displays of skill and will on the gridiron. I can hardly wait. Let's start by discussing the best player in College Football who, for reasons unknown, was barely recruited. 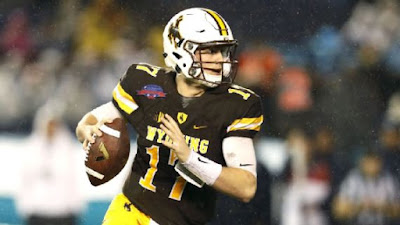 On Nov. 20, 2014, near the end of Josh Allen's first season at junior college, he sent emails imploring someone -- anyone, really -- to give him a chance to be a Division I quarterback.

Please, someone notice my extraordinary talent. Oddly enough, no one was interested, probably because Allen suffered from tight hips, a lunch pail mentality and a lack of "explosive" speed. I'm sure his begging letters were a mess, too, not including any apologies for slavery, Jim Crow, the founding fathers and the existence of Whites in general. Next time just write "black lives matter" over and over, you might have a better chance.

His unsolicited emails went over like a loan request from a Nigerian prince.

That's racist. Hopefully the bigot who wrote this article was fired and imprisoned.


He received a handful of responses and only two -- Eastern Michigan and Wyoming -- eventually offered him a scholarship. (The Eagles actually withdrew their offer after he chose to visit Wyoming near the end of the early signing period for junior college transfers.)

A chance to be part of the great Eastern Michigan football tradition, who wouldn't be thrilled?


No one else saw it, at least not back then. But after throwing for more than 3,000 yards and 28 touchdowns for Wyoming last season, the quarterback that nearly every FBS team (but two) ignored might very well end up being one of the first players selected in the 2018 NFL draft.

It sure is strange how the best quarterback in the nation toiled in obscurity and couldn't get a scholarship anywhere. It really is weird. I just can't figure out what the problem was. 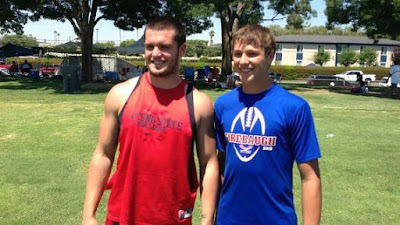 For some reason he wasn't recruited.

Before Josh committed to Wyoming, however, he made one last plea to Fresno State's coaches. The Bulldogs had just received a commitment from quarterback Chason Virgil, a 6-foot-1, 170-pound high school prospect from Mesquite, Texas.

Why would they select this scrawny out-of-state prospect over a top quality local talent? My head is hurting, straining to solve this impenetrable and labyrinthine mystery. 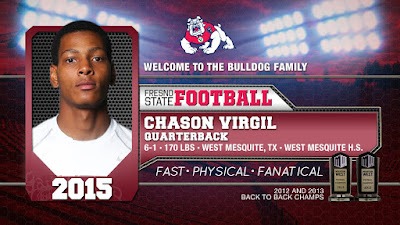 An impressive and fanatical physical presence! This kid's a beast! 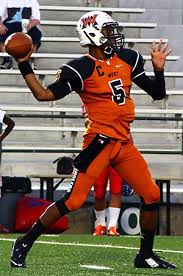 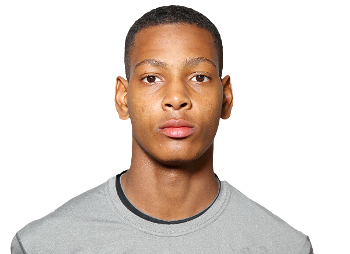 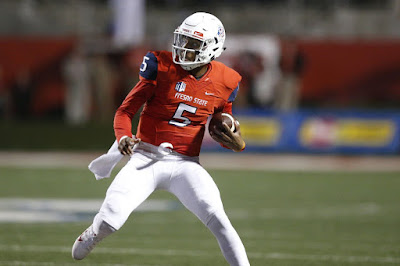 In a bit of bonus trivia, Fresno State went 1-11 last season with this incredible athlete under center, throwing for 13 amazing tugs and only 10 interceptions. He completed over half his throws and was only sacked 21 times. You made the right decision, "bulldogs."

After Virgil committed to Fresno State, Josh sent a terse email to an assistant coach: "6-1, 170?"

Obviously, you weren't aware of his "Southern Speed" and ability to toss the ball 70 yards with a flick of the wrist.


"Yeah, we got our guy," the assistant responded. "Good luck."

We could not be more pleased with our malnourished, uncoordinated and sullen Mr. Touchdown.

"Everything happens for a reason," he said. "I think that kids who are at smaller schools or don't have offers from big schools can look at my story and continue to work hard. I preach to them that it doesn't matter where you come from, it matters how you play and how you apply yourself. If you want something, go get it."

This is clearly the will of g*d and it certainly isn't systematic discrimination against White athletes, let me tell you. 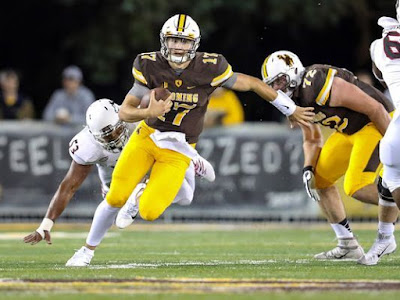