The Hotel of Hate

August 15, 2017
A Swiss hotel that posted signs telling Jewish clients to shower before using the pool and restricting their access to the facility's freezer has unleashed outrage and official complaints from Israel.

Yes, you read that correctly. Freezer access in an expensive Swiss resort has drawn the full wrath of Zion and the wailing in Hebrew can be heard far and wide while the gentiles beg for forgiveness. If a chosenite receives an unkind glance from the shkotzim we must deploy the full strategic professional victim arsenal. Powerless and unfairly persecuted, this is the Light of the World.

The Paradies apartment hotel in the Alpine village of Arosa in eastern Switzerland is being accused of anti-Semitism after an outraged guest posted to Facebook a picture of a notice plastered outside the hotel pool. 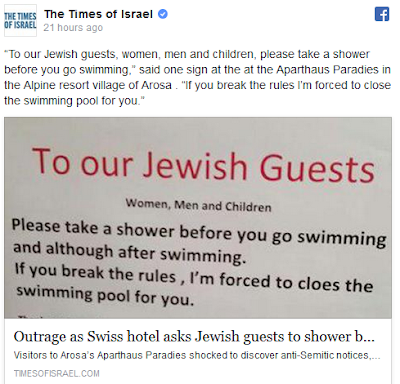 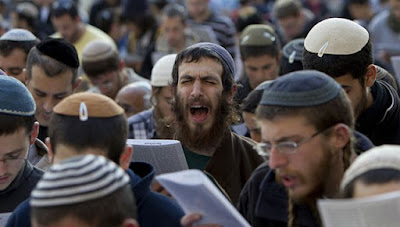 A second notice, in the kitchen, meanwhile instructed "Our Jewish guests" that they could only access the facility's freezer between 10 and 11 am and between 4:30 and 5:30 pm.

It's another shoah. The selections, the efficient German control of freezer usage, the small portions and humidity, it's happening all over again. We must destroy Europe with dark biological weapons so these attacks on the innocent and noble merchant end.

"I hope you understand that our team does not like being disturbed all the time," it said.

There's a limit to how much typical jewish behavior our staff can stand, please be patient with the unclean meat acting as the slaves promised by your talmud.

Deputy Foreign Minister Tzipi Hotovely described the incident as "an anti-Semitic act of the worst and ugliest kind."

This is the worst "anti-semitism" I've ever seen. The banality of evil, man's inhumanity toward man, the witness to industrialized homicide. Evil triumphed at the luxury Swiss hotel because good men did nothing. First they came for the unwashed scumbags who got in the swimming pool covered in filth and I didn't say anything, because I shower before using the pool. Then they came for the people who wanted to use the freezer at 2 am...

Israel's ambassador to Switzerland, Jacob Keidar, reportedly contacted the hotel and informed Hotovely the signs had been removed.

I COMPLETELY DISAVOW ALL THE HATE AND RACISM. WHITES ARE UNIQUELY EVIL AND DESERVE THE COMING GENOCIDE.

But she was not satisfied and has reportedly demanded "a formal condemnation" from Bern.

Incredibly, a groveling apology fails to satiate the affected kosher outrage. How many millions in "reparations" should we put you down for?

Swiss foreign ministry spokesman Tilman Renz told AFP in an email that the ministry had been in contact with Keidar and had "outlined to him that Switzerland condemns racism, anti-Semitism and discrimination in any form."

I have won the victory over myself and learned to love Big jew.

"I wrote something naive on that poster," she was quoted as saying, admitting that it would have been better to simply address all guests with the same message.

I was "ignorant!" Please don't ruin my life!

The prominent Jewish rights group, the Simon Wiesenthal Centre, also voiced outrage at the incident, publishing a letter Tuesday demanding that Switzerland "close hotel of hate and penalise its management."

The Hotel of Hate!!!! This has to be a parody, right? As far as I can tell it's legitimate. We are living in Clown World.

And it called on Booking.com to remove the hotel from its directory "and explain the anti-Semitic cause of the removal on your website."

When the jew is mildly offended they completely destroy the gentiles. Meanwhile, Whites are afraid of being called names by an enemy that wants us violently dead.

The centre's head of international relations Shimon Samuels, pointed out that "the reference to 'showers' can be construed as a patently vicious reference to the fake shower (heads) in the gas chambers."

The gas chambers? Sorry, never heard that one. 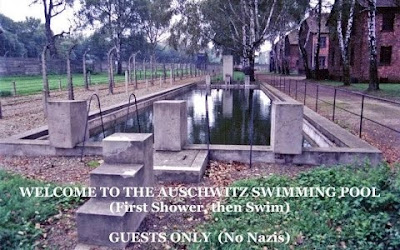