The Lighter Side of Negro Pathology: God Made Me Bulletproof

August 11, 2017
A 65 I.Q. mind has great difficulty interfacing with the complex world we live in and is quick to resort to magical thinking and jaw-dropping delusion. In the African Heart of Darkness the problems that naturally afflict a failed race of genetic aliens are blamed on witchcraft, evil eye, root wizards and the lack of albinos to hack up for protective amulets. In civilized nations the negro merely replaces the malevolent hedge wizards with the pervasive evils of "dat races" as a catch-all excuse for the endless pathology. This inability to correctly parse basic cause and effect results in a dangerous inferior race that is a threat to itself and anyone foolish enough to believe we're just one or maybe two wasteful programs away from turning a Stone Age remnant into a good little consumer and materialist. We're not equal.

A rapper who tweeted ‘God made me bulletproof’ has been shot dead outside a pizza shop.

He might have given you a heavily sloped forehead and a thick skull, but that's not quite the same as being bulletproof, obviously. Aspiring (c)rapper and good boy turning its life around gets limited, its animal mind vomiting out blasphemous nonsense right until the bitter end.

Young Muzi, 31, was killed in Atlanta on Sunday night when police heard multiple gunshots outside the restaurant.

Nothing of value was lost.

Nearly eight months ago he posted his fateful tweet after surviving a shooting at a Waffle House on December 28, 2016, in Buckhead, Georgia.

The vibrant and colorful "African-American" experience, unlike stiff and dull Whitey who rarely, if ever, engages in shootouts at a waffle outlet.

Speaking after the shooting that he survived, he told Fox news: ‘I didn’t see anything. I was in there for three to five minutes and was about to order the All Star Special when bullets started flying.

Getting your All Star Special on gone wrong. It didn't see nuffin. Next thing you know, a scene from the coming all against all is unfolding with moronic tar creatures blasting each other and then dying after muh divine protection failed. 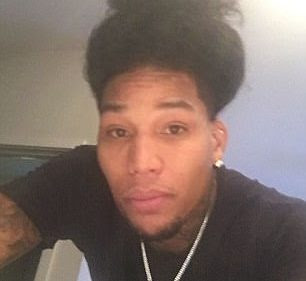 ‘I think the shooter was a customer inside. My friends and I were just trying to get some food after a night of making music.’

After producing a symphony to present at the next meeting of the Mozart Appreciation Society it was time to get some exotic Italian cuisine (diversity rocks!). A fellow consumer bar code went ape. We dyin' hee-ah.


Writing about his music on his website he said: ‘Now I’m officially in an artist state of mind. My work rule is to try to make three songs a day.

‘I try to be in there all day, every night. I discovered that working overtime on my music keeps me out of trouble. In fact it probably saved my life,’
Well, that and having your fellow night terror soak up all the bullets for you. 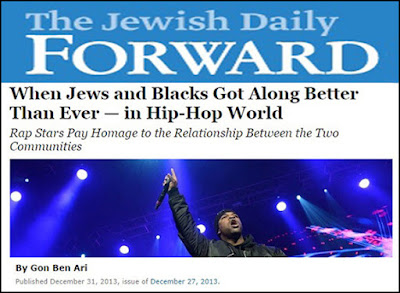