September 14, 2017
It’s not unusual for violence to break out between teams during a football game.

It's a fairly ordinary thing for coal black "scholar athletes" to go ape after they pile on top of each other or make each other hurry, just think of this as more proof of how equal we are.

In the heat of battle, punches land and water bottles are thrown. There’s often pushing and shoving.

There's often negroes sitting in cars getting shot or evolutionary dead-ends getting blasted by their fellow night terrors while standing around on a sidewalk. Sorry, wrong story. I guess this bizarre and rambling introduction to "debased Whites, la-teen-ohs and tar monsters engaged in an all against all at the Liberia ball" makes it a little difficult to focus on the important issue of congo rugby and its crucial role in promoting muh values.

It all happened at a youth football game recently in Jurupa Valley. But as CBS2’s Tina Patel reports — this time the fight was between parents and coaches.

In an amazing plot twist it's actually the human waste on the sidelines engaging in the monkeyshines. I know, talk about man bites dog. It's hard to believe this happened, it's so incredible, but the low quality footage recorded with a TI-85 calculator seems to confirm it. 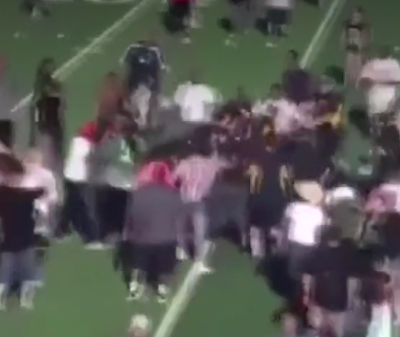 
The high school already told the youth league they don’t want any more games on their property due to the damage to the field and equipment. Moreover, at least one student was hospitalized and a parent suffered a broken eye socket.

An argument over whether a "tug" had been scored leads to a broken face as the profound ugliness of our modern jewish garbage culture explodes into all out war. Obese brown losers pound each other out, the field gets damaged. When Americans fight it's the ground that suffers the worst.

“Just disrespectful people, man. That’s it. that’s all I have to say about it,” said parent Cesar Diaz.

The mighty strength of diversity. La-teen-oh invader wonders why his "dreamer" anchor baby got "disrespected." The magic soil doesn't seem to be fixing anyone.

“I think there’s a lot of people who take it too seriously, like get out of control.  I mean there’s not a lot of parents that want to volunteer to be a coach, so that’s probably the hard part,” said parent Jose Gomez.

Would the last White person in California please turn off the lights on your way out?

“It’s not to teach them to fight with other people.” said Francisco Lopez.

Parents said some of the coaches need to go.

As in "back to may-hee-co and Africa," hopefully.

“They should be thrown out of the league, there’s no need for that,” said Diaz.

They're throwing water bottles, they're punching each other, they're wrecking the field and some, I would assume, are good people.

The League met Wednesday evening but no official decision was made.

We must balance the disaster of brown and black battle royals against the need for more "look at that boy run!" 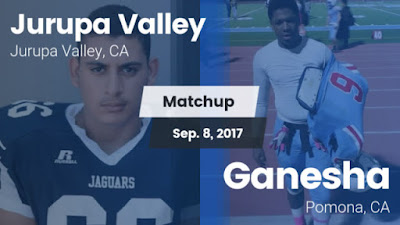