September 22, 2017
There are lots of evil "racists" at the communist indoctrination centers (formerly "colleges") silently absorbing the anti-White drivel, nodding in bovine agreement to the insipid droning of cultural marxist professors and paying outrageous amounts of shekels for this privilege. Then, after months of deep cover infiltration, these "haters" quickly scrawl an incorrectly made not-see symbol on a wall, the most abhorrent and completely wicked act a White person can do, with the possible exception of not allowing their replacement and not dying. This is the jewish tall tale we're expected to believe. By the time the obvious hoax has collapsed, the merchant will have something new to wail about because they are, after all, more equal.

Authorities at Georgetown University are investigating a swastika found painted inside a residence hall restroom on Wednesday evening, the start of Rosh Hashanah, the Jewish high holy season marked by a period of repentance and atonement.

A jew "high holy" event that revolves around their belief that they can literally trick God is ruined by a highly plausible attack. This might be a good time to mention the holocaust, you probably never even heard about it, goyim.

John J. DeGioia, president of the Catholic university, sent an email to students Wednesday night saying, “We have been confronted with an abhorrent act of anti-Semitism.”

Strong alliteration from this careerist piece of dog shit. Get paid big money to pose in contrived "diversity" photos with various brown inferiors, to endlessly preach the virtues of White dispossession and ultimate destruction and to condemn obviously staged "hate crimes" like making doodles on a wall. Nice work if you can get it, I guess. 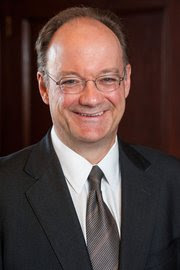 He said the symbol was “accompanied by threatening and derogatory language advocating for violence against women.”

Fifteen Eighty Nine, let's go beat some bitches! This is definitely a teachable moment, that's for sure. I don't think I've ever seen anything this believable.


D.C. and campus police are investigating it as a hate crime.

Fortunately the D.C. area has almost no real crime, thanks to the impressive helpings of identical looking and behaving negro "diversity," so there's plenty to time and resources to deploy the witch finder general.

DeGioia said in the email, provided by a university spokeswoman, Wednesday’s incident at LXR residence hall was the third time a swastika was found in a student apartment building in recent weeks, and the second time at LXR. The hall was once three separate buildings with names Loyola, Xavier and Ryder.

Wow, three times. First some crops failed, then I was impotent, there are definitely witches in this village, there's no room left for doubt now. The Holy Mother Church Synagogue must bring these invisible but omnipresent malefactors to justice.

“There is never a time or place for these acts, and this incident is even more disturbing during Rosh Hashanah,” DeGioia said in his email. “We stand in solidarity with our Jewish community and strongly condemn this act of hate, anti-Semitism, and sexism.”

Here's the standard form letter with some minor customization to fit the latest phony outrage. We love the jew and proudly bow down and grovel. We strongly condemn root magic, the evil eye and corpse bothering. All of this is real, I want to make that very clear.

The university president vowed “those found responsible for these acts of hate will be held fully accountable for their actions.”

Tough talk, I'm really impressed. Then they'll catch the jew or negro behind this and suddenly we don't want to destroy a promising young life and we better just memory hole the entire thing and the important take-away is it could have happened.


He also noted efforts to prevent such bias incidents from occurring, citing several initiatives to reach out to communities of different faiths and backgrounds.

Ladies and gentleman, the cuck-o-lick church in 2017.


“Ours is a community where all faiths are welcomed, and where we choose to come together in understanding and service towards one another,” DeGioia said in the email. 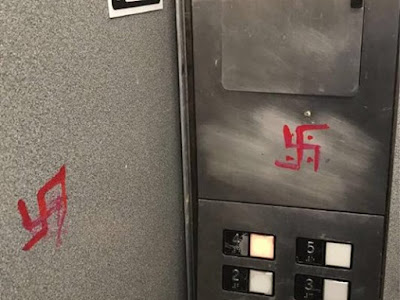