September 25, 2017
This weekend was a little different for many debased Whites. Sprawled in front of the Liberia Ball, covered in spilled beer and other less wholesome fluids, burping and gasping, they watched the amazing running morlocks disrespect a nation they were never actually a part of. Dark animals from a nightmare took a knee for "unity" and, I guess, the right to attack police and fire-range White Eloi with no repercussions whatsoever. Even the most degraded Congo Rugby fan had to be wondering why they were passively absorbing an ugly jewish spectacle full of dangerous living fossils who would gladly kill them and rape their women given the chance. Maybe "Red" isn't my team after all.

The days of awkward conversations with from fellow Whites about jungle ball are coming to an end. "Ah, yeah, I watched the big game. Did you, ah, see Barkevious make the Quarterback hurry?" is being replaced with "Fire that son of a bitch." The whole rotten edifice of jewish "look at that boy run" is coming crashing down. Whites are waking up. Let's hope the ugly displays from "hero athletes" continue and keep getting worse. I want to see a tar creature full of foreign genetic material screaming into the camera about its hatred for Whites while muh anthem plays. I want to see jew and moose-limb owners defending this pathology. We probably will.

In other, far less important news, at least according to the liar press, Whites were shot in a Tennessee church by a piece of dog shit from Sudan. Somehow this failed to become national news. It's almost as if there's some sort of agenda at work. I know, crazy.

One woman was killed and seven other people were hurt after a suspect identified as a Sudanese immigrant opened fire at a Tennessee church Sunday, police said, as the FBI confirmed it's launched a civil rights investigation into the shooting.

More proof that trying to restrict immigration from hopelessly pathological African sewers is "racist" and the diversity represented by dangerous and moronic skinnies is a mighty strength. Time to investigate dem cibil rahts,  whatever that's supposed to mean in the context of an evolutionary dead-end hunting Whites inside a church. I'm sure this will become the new Storm Roof after that investigation and we'll wise up about inviting the worst available hominids into our lands, just you wait.

The suspect, 25-year-old Emanuel Kidega Samson, immigrated from Sudan two decades ago, police said. He's suspected of bringing at least two pistols and a mask to the predominantly white Burnette Chapel Church of Christ in Antioch, southeast of Nashville, before opening fire.

"Predominately White." Why would you even mention that? That's "racist." WITE PIPO, BOOOOOOOOOO. Let's all take a knee.

Photos from a Facebook page under Samson's name seemed to show him lifting weights and showing off his physique. 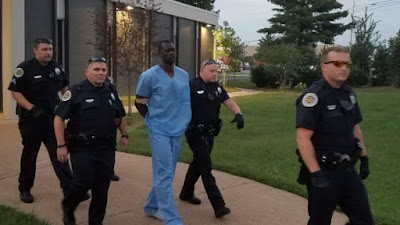 A post earlier Sunday read: "Everything you've ever doubted or made to be believe as false, is real. & vice versa, B." Another post read, "Become the creator instead of what's created. What you say, goes."

The mind and anti-soul of the African alien. Look at this valuable 65 I.Q,. drivel. We wuz Gawds an sheeet. Magical thinking, no future time orientation, poor impulse control, Dunning-Kruger delusion, we need a lot more of this in Idaho.

An usher, identified as Robert Engle, 22, confronted the gunman at one point and was pistol-whipped, causing "significant injury around his head," police added. They said Engle went to his own car, grabbed a pistol and headed back into the church.

Law enforcement confirmed Samson is a legal U.S. resident who immigrated from Sudan in 1996.
As American as holocaust memorials and the call to prayer, this one.

The woman who was shot and killed in the church parking lot, identified as Melanie Smith, 39, was walking to her car when she was hit, police said.

There will be no national outrage, no demands that we remove dangerous savages from our midst, no resistance to the steady forward march of the genocidal agenda of our jewish enemy. Put it in the memory hole. Say, is that Liberia Ball on your talmudvision? It's okay that a negro player dropped its pants and defecated on the field during the tribute to our dead soldiers killed in wars for Israel, it did it for "unity."


The gunman, with his blue vehicle still running in the parking lot, then entered the back of the church and shot six people – three women and three men – who were rushed to the hospital, police said.

Does this prove we're not "racist?" No? Okay, we'll keep dying.

Even the Fake News outlet is forced to use sarcasm quotes. You really took that beating well. Don't fight back or anything, it's easier just to take it. While you were getting bludgeoned by a worthless anthropological curiosity your fellow Whites could scatter like quail. Wow, what a "hero."

Gov. Bill Haslam added that he and his wife, Crissy, were praying for the victims and "committed to supporting the Antioch community in the aftermath of this tragedy." 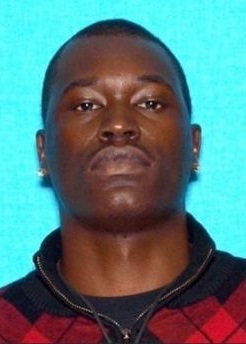 The face of the racial enemy.
Africa Africa Ball Chapel Church of Christ Death of a Nation Emanuel Kidega Samson Nashville Pathology of the American Negro Sudan The Heart of Darkness Unarmed Victims