The Lighter Side of Negro Pathology: Fried Chicken Festival Offends the Jew

September 27, 2017
The negro is not compatible with a civilized White nation. This is the message we must keep hammering into formerly slumbering Whites now jolted into lucid awareness by the death of the Negro Felon League. There is no amount of groveling, spending or appeasement that will earn a "thank you" from the dark genetic aliens, let alone halt the endless "ebbry thang bee races" outbursts. They have to go back to Africa. Meanwhile, the jewish merchant who brought them here in kosher chains is finding it increasingly difficult to control the brown biological weapon they unleashed on the goyim.

New Orleans’s annual Fried Chicken Festival has apologized for using a Holocaust memorial as an employee break area and pledged not to use the space next year, the New Orleans Times-Picayune reported Tuesday.

The fried chicken holocaust. My entire family dipped in buttermilk by Aunt Jemima, shaken mercilessly in a bag of flour and sent up the chimney. You'll definitely be able to control this dusky metastasis when the Whites are gone, jew. I'm sure the average "muh chucken" tar monster is eager to hear your fairy tales from Europe's Second Suicide Attempt.

The memorial, in the Big Easy’s Woldenberg Park, was covered by tables and ice chests holding beer.

Gib me dem brews, mudda fudda. This is the closest a holohoax memorial has ever come to adding value to gentile society: serving as a staging area for negroes getting they crunk on.

Festival organizers said in a statement that using the memorial as a blocked-off, staff-only area was intentional “to prevent it from overcrowding, litter, vandalism and other general disregard.

We bee tectin dat fomm ober crawin (just like in our prison system!). It this excuse fails to stanch the hebrew wailing we'll claim mental illness. 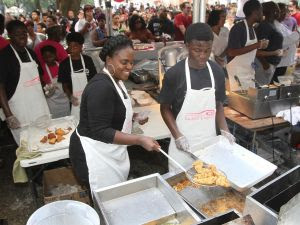 The festival staff sincerely apologizes for any confusion this may have caused. The National Fried Chicken Festival aims to be an inclusive event and enjoyable time for everyone.”

This must be some of that "intersectionality" that I went deep into semitic student loan debt to learn about. An "inclusive" event full of identical looking and behaving "diversity" has offended the wandering outsider. Sorry congoloid, there's another animal that's even more equal than you.


Passerby Max Gaudin, who is Jewish, noted the use of the memorial and posted about it on Facebook.

I guess there are some memorials we won't let the nightmare monsters desecrate. Imagine that.
“There’s only one place in the whole park where you would not set up something like that,” he said. “I would be satisfied with an apology and [recognition] that this was terrible decision making and they won’t do it again.”

Time to pull the choke chain on our moronic and dangerous pets.

Festival organizers said that more than 166,000 attended the two-day event on Saturday and Sunday.

The negro likes fried chicken. I know, who would have guessed? 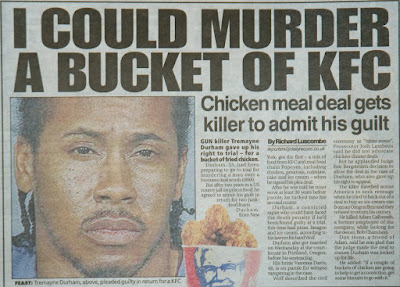