Wrong on Many Levels

September 20, 2017
The American negro was brought here in jewish chains to do the jobs that Americans wouldn't. After performing the vital task of "pumping" money into muh gee dee pee these worthless animals were turned loose following a disastrous brother war orchestrated by the same merchant who sold them. Ever since they have been a permanently broken side dish in our multi-culti salad bowl, a pathological failed race inflicted on us by "economic necessity," a kosher argument which sure sounds familiar. The "African-American" is always the first and never the second. They are completely incompatible with White civilization and need to be removed. A country half slave (White tax paying suckers) and half free (dark parasites, big jew) can not endure.

Crafts store Hobby Lobby is taking serious heat for a store display that one woman is calling “racist.”

The mind reels trying to imagine what horrors could have agitated the tar creature, an alien monster famous for its calm and introspective demeanor. Was it the "en word?" Decorative nooses? Our Founding Fathers? As it turns out, the answer is even more incredible.

On Thursday, Facebook user Daniell Rider posted a photo to Hobby Lobby’s Facebook page, of a vase of cotton flowers displayed in a Texas store. She captioned it, “This decor is WRONG on SO many levels. There is nothing decorative about raw cotton… A commodity which was gained at the expense of African-American slaves. A little sensitivity goes a long way. PLEASE REMOVE THIS ‘décor.’”

The mind and anti-soul of the genetic alien. Cotton is evil, a grim reminder of when the jew removed some garbage people from The Mother with the full cooperation of the pyramid-building "kangs." It is wrong on many levels. Well, fine, it's just typical muh slavery wailing, but that one particular level is bad enough, don't you agree? Remove these hate flowers. All those aspirin bottles are going to have to go, too. And all that clothing. If we keep taking things down the negro is bound to start improving, just you wait.

The $29.99 stems (marked down to $15 on the company website) was shared more than 15K times and earned 169K comments, an overwhelming majority of which ridiculed Rider for being “too sensitive” and a few that defended her stance.

Whites are waking up. We have already passed peak negro.


“LOL likely written by someone wearing a cotton T-shirt and cotton jeans and cotton underwear,” wrote one Facebook user. “Must not of thought that one through,” wrote someone else.

An 80 I.Q. mind fails to correctly analyze a somewhat complex interaction with the outside world.

“This is crazy. Cotton is a fact of life,” added one. “People still pick it. That happened 150 years ago. Slaves also picked tobacco, harvested rice and many other things. We can’t just get rid of them. Well Lowe’s sells chains and rope. You think they should get rid of that too?”

Hopefully this will be the next step for the evolutionary dead ends: waging war on common products that are available everywhere because it hurts their unbelievably delicate sensibilities. I look forward to "Ban the sale of chains!" monkey mobs interfacing with the la-teen-oh invaders in front of a Lowe's. The wonders of "diversity," the semitic gift that just keeps on giving.


Hobby Lobby did not return Yahoo Lifestyle’s request for comment; however, cotton has been igniting backlash recently.

We live in Clown World. 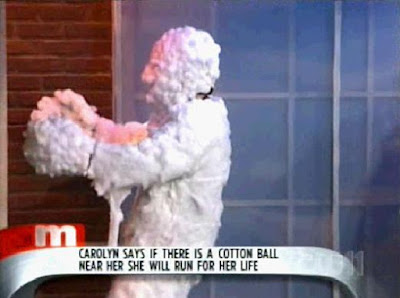 On Friday, Randy Lowry, the president of Lipscomb University in Nashville, sent an apology letter to African-American students who recently visited his home to discuss university life, some of whom objected to cotton-stalk centerpieces at the president’s home (although it’s unknown whether they were the same that were sold at Hobby Lobby).


“The content of the centerpieces was offensive, and I could have handled the situation with more sensitivity,” Lowry wrote. “I sincerely apologize for the discomfort, anger or disappointment we caused and solicit your forgiveness.”

I was an enemy of the revolution. I plotted to kill Comrade Stalin. I deserve the worst possible punishments. 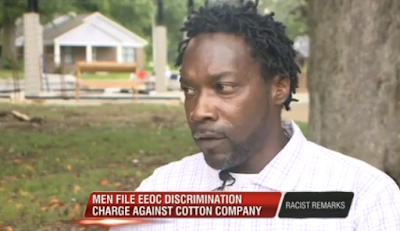