October 09, 2017
A man shot dead Friday evening was the 500th person to be killed in city gun violence since the start of the year during a weekend in which five men were killed and at least 29 other people were wounded in Chicago shootings.

Congratulations Chiraq on reaching this impressive tribal warfare total. Arguably even more amazing was your ability to construct this mountainous heap of la-teen-oh and nigga bodies (Ah!) while remaining in complete denial of obvious racial realities. Clearly the answer to this urban battlefield is more wasteful programs, more corruption, more jewish politicians and their moronic "minority" pets and a general delusional belief that the dark animals involved in this staggering carnage are somehow capable of living in a White nation. The only reasonable solution is deportation. Back to Africa, back to the flying and pyramid construction, back to the Latin American sewer.

The city reached 500 shooting homicides about a week later than it did last year, on Sept. 29, 2016, according to data maintained by the Chicago Sun-Times. At this point last year, there had been 511 people shot to death.

Can we equal the astounding bloodshed of Former Current Year or will we earn a kosher pat on the back by having slightly fewer dead hominids? The race is on and White tax paying chumps are already the guaranteed loser. All the spending and worthless appeasement is clearly working, we've reduced the tally of slain evolutionary dead-ends within the statistical margin for error.

In all, the city has recorded 540 homicides since the start of this year, according to Sun-Times data.

The Midwest Mogadishu. We're all equal.

The 18-year-old man who became the 500th person shot to death was found unresponsive by officers about 4:45 p.m. Friday in the 800 block of East 83rd Street in the East Chatham neighborhood on the South Side, according to Chicago Police. He suffered a gunshot wound to the chest and was taken to Christ Medical Center in Oak Lawn, where he died.

Here's to you, nameless negro, you're our lucky 500th customer. Your prize is free medical care paid for by the White devil followed by your graceless expiration.

In the weekend’s latest fatal shooting, a 24-year-old man was killed shortly after 12:30 a.m. Monday in a separate East Chatham neighborhood attack. He was with several males, walking in an alley in the 8300 block of South Ingleside, when someone opened fire. The man was shot in the head and pronounced dead at the scene, police said.

Those crazy "males" and their unpredictable behavior. Walking in an alley gone wrong. A living fossil catches a high velocity projectile in the "dome" and dies before it could even act as a further drain on an already hopelessly broken system. 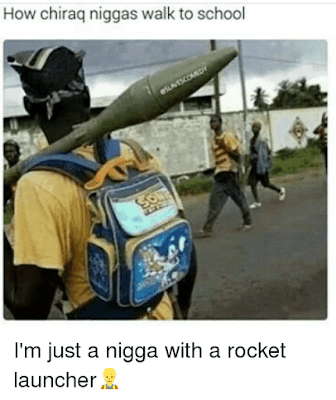 At 7:26 p.m. Sunday, a 30-year-old man was gunned down in the West Side Austin neighborhood. He was standing outside of a vehicle in the 1300 block of North Mason when another vehicle pulled up and someone inside shot him multiple times in the chest, police said.

After hours of sitting in the car waiting to be shot the morlock's legs started cramping up. Better just stand next to it and absorb the bullets in your center mass.

Two other men were shot to death about 10:50 a.m. Saturday in the Pilsen neighborhood on the South Side. Alexis Salgado, 20, and a still-unidentified 18-year-old man were driving in the 1800 block of South Throop when they flashed a gun at someone standing on the street, police and the medical examiner’s office said. The person on the street pulled out their own gun and fired shots at the vehicle, striking both men.

See, it wasn't all negroes, you "racist." It was also la-teen-oh invaders. Natural conservatives and Reagan Republicans proudly exercise their Second Amendment rights, just the way The Gipper would have wanted. Sadly, a fellow wetback misinterpreted this vibrant and patriotic tribute to muh Constitution and Pablo had to take a dirt siesta.

Salgado suffered a gunshot wound to his body and tried to get out of the vehicle, but collapsed; the younger man was shot in the neck, and both were pronounced dead at the scene.

It tried to crawl out of the vehicle like it was a fence on our southern border or something. A sad end for a "dreamer," a future doctor, oceanographer or street criminal. They're not sending us their best. The beans fell out of the automotive burrito. They were deported to hell.

At least 28 other people were wounded in shootings across Chicago between 4:30 p.m. Friday and 2 a.m. Monday.

There might be some sort of lesson to be gleaned from this endless pathology, but we don't want to be called names by a jew so it must continue. 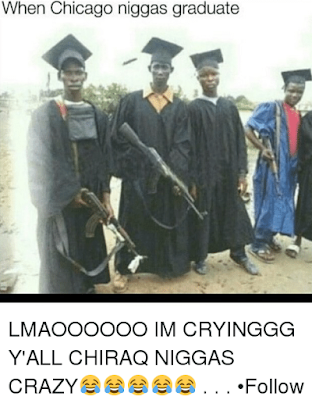