October 13, 2017
The ex-boyfriend of a college student found slain in the US state of Pennsylvania has been arrested and charged in her death, police say.

Well, this is a rather obscure little tale from our multi-culti globalist bazaar. Maybe a picture would help to clarify a little? 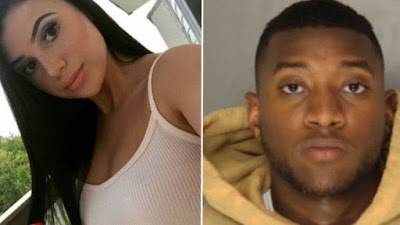 Ambiguously White victim and the animal that ended her.

Matthew Darby, 21, was charged with the criminal homicide of Alina Sheykhet, whose body was found by her parents in her bedroom on Sunday.

A passably White mystery meat is battered and chopped up beyond recognition by an "African-American" turd. The parents who failed so miserably discover the obliterated ruin that once was their daughter. Another horrific illustration of basic cause and effect to stuff into the memory hole, another day in a dying land, we're all equal. Race is just skin color. I.Q. tells you practically nothing about a person's potential. They might be able to run fast or tell jokes. We hold these truths...


A claw hammer and two knives that may have been used in her murder were found near her home, police said.

It's hard to imagine the horror of this girl's final moments, being bludgeoned and slashed by something normally confined to the left side of an "Ascent of Man" poster. The jew promoted this endlessly and when the destroyed lives and butchered bodies pile up there is only the deafening silence of the tomb. This is what our kosher enemy wants. Commit genetic suicide with an inferior alien, then literally die beneath the merciless attacks of a shit-colored demon.


Mr Darby was arrested early on Wednesday in Myrtle Beach, South Carolina. It comes a day after Mr Darby's attorney, David Schrager, urged his client to turn himself in despite a lack of charges against him.

Don't worry gentiles, the jew attorney is on the case. This chosenite will explain how his client was a good boy spreading the gospel the night it tenderized and carved up the unclean meat.


Ms Sheykhet, a physical therapist student at the University of Pittsburgh, was pronounced dead at the scene at her Pittsburgh home from "blunt-force trauma", according to the Allegheny County Medical Examiner's Office. 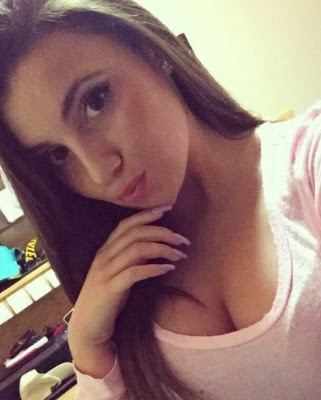 Death has a dignity all its own.

Video surveillance from a business near Ms Sheykhet's apartment showed Mr Darby dropping a shiny object into a sewer and placing an object in a dumpster before walking away.

The negro mind and anti-soul. Low energy murder weapon disposal, no remorse for its sickening crime, if it gets punished it's because of the "racist" justice system.


She sought a restraining order against Mr Darby after he allegedly broke into her apartment on 20 September. He was arrested and charged with felony criminal trespass on 26 September.

The real life negro is a little different then the one on the talmudvision. Don't worry, I'm sure that restraining order, which is also "racist" by the way, will protect you.


Mr Darby is awaiting trial on rape and other sexual assault charges against him in Indiana County.

Be sure to "date" one of these creatures, shiksas! What could possibly go wrong?

The University of Pittsburgh said in a statement the campus was "saddened and extends its deepest sympathies to the student's family and those who knew her".

We're all busted up over this, clearly. I'll be sure to feel bad for ten seconds before resuming the kosher student loan debt con game. 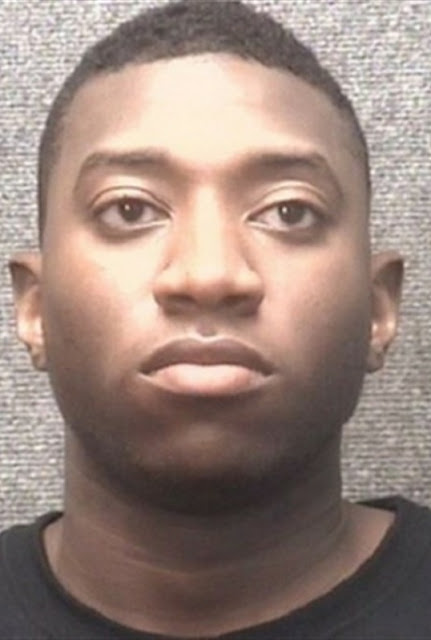