October 04, 2017
Here in The Current Year there's no longer any valid excuse for not regarding the negro as a dangerous outsider that should be avoided until we can remove them permanently. The content of their character is a click or two away; there are countless online videos depicting this failed race engaged in their typical malfunction. Ignorance or "but they're doctors and lawyers on the talmudvision" delusion can only be maintained by a willful denial of reality and conscious betrayal of your own people. Because of this it's becoming very difficult to muster much sympathy for the race-mixer who meets with the expected fate, especially when the tar monster involved has the common courtesy to also take out the mulatto and itself.

A Louisiana former national guardsman accused of killing his pregnant girlfriend and her parents before torching their home committed suicide by hanging, an autopsy has confirmed.

This entire ugly betrayal of thousands of years of unique genetic inheritance was completely erased by a creature straight from a nightmare. No more mulatto, no more parents who failed so miserably their daughter gave herself up as an African tribal war trophy, everything burned, salt the earth, the jungle monster "limited" by its own paw. Again, it's almost impossible to feel bad about this. Some Whites can not be saved. The constant jewish promotion of miscegenation can't shoulder all the blame. These victims were rotting inside long before the evolutionary dead-end brought the cleansing fire.

Jatory Evans, 29, used a bedsheet to hang himself inside his Jefferson Parish Correctional Center cell in Gretna, where he was found Wednesday afternoon.

The amazing self-lynching "African-American." This is the closest thing to a happy ending we could reasonably expect.

Last November, Jatory allegedly stabbed his 20-year-old girlfriend Sydney Hanson, who was seven months pregnant with their daughter, multiple times in the upstairs bedroom of her family’s townhouse in Old Jefferson.

The negro anti-soul. Be sure to "date" one of these cool and soulful schwoogies, you piece of unclean meat. They're so vibrant and full of rhythm and running speed, unlike boring and uncool Whitey who probably wouldn't try to perform an amateur "abortion," killing you in the process. We've reached a point where debased women are choosing to believe this jewish lie in defiance of all contrary evidence rather than being "tricked" by it. This is just another pathetic story to throw on the pile with all the rest. They really aren't sun-tanned Whites, believe it or not. 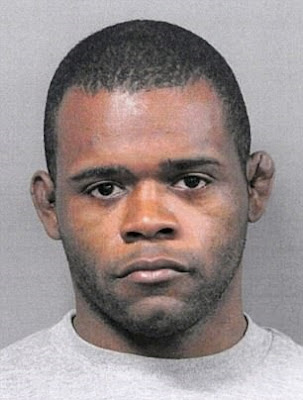 This morlock tied up all the loose ends.

He then stabbed her mother Samantha, 45, ‘20 to 25 times’ and shot her five times in the home’s front yard, per the Sheriff’s office.

We'll eventually alchemize them into good little consumers and bar codes. One more failed program, one more apology, the negro will start improving tomorrow. It repeatedly stabbed and shot a mother who failed to teach her daughter basic truths about racial reality.


Jatory is also accused of killing Sydney’s father Dwayne, 46, who was found dead in the kitchen from two gunshot wounds, and of setting Sydney's body on fire, causing the whole place to go up in flames, investigators said.

"Without love, there is no reason to know anyone, for love will in the end connect us to our neighbors, our children and our hearts." 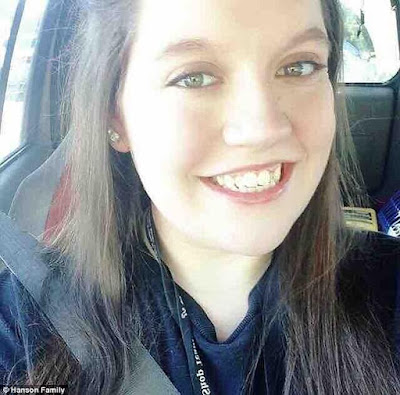 He was arrested the morning after the murders at his home with scratches and cuts consistent with having been through a physical struggle, but denied any involvement and provided an alibi.
This good boy clearly didn't do [anything].


Jatory, who served more than a year in Afghanistan, was awaiting trial on three chargers of first degree-murder and one charge of first-degree infanticide for the killings at the time of his death.

Heroic service in the American golem. The brave soldier for a noble cause, a patriotic American who just happens to have skin a little darker than mine. Muh civic nationalism, my head buried in the sand until it gets pumped full of lead.


Sydney’s twin sister, Cassidy, and the rest of the Hanson family have said they plan to move on and live their lives to the fullest as the victims would’ve wanted, and although they won’t get to see justice come to Jatory, they are relieved they won’t have to hear the gruesome details of the crime in court.

I think the time for facing up to the "gruesome details" is long overdue. If this doesn't cure your semitic equalist fantasies you're truly lost forever.

‘Our family and friends can now look forward to a future without never-ending court dates and a painful trial,’ Dwayne’s sister, Dawn Hanson, said in a statement.

No endless floor show from our "races" justice system, just a worthless living fossil made good by bed sheets.


‘We look forward to healing as a family and never having to stare evil in the face again.’

Until we have our own nation separate from dangerous racial inferiors and the jew demons I'm afraid it's just a matter of time before your next staring session with evil.

Jatory’s death marks the third suicide inside the Gretna jail in just the last two months, and the Sheriff’s office now plans on reviewing its protocols.

I'm not sure why we should even care.


'We're going to meet with the parish to see if there's anything we need to change to try and prevent this from happening in the future,' said Interim Jefferson Parish Sheriff Joseph Lopinto. 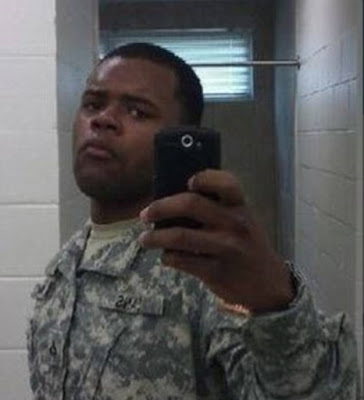