October 11, 2017
Watching the Liberia Ball crash and burn via a combination of jewish hubris and the appalling content of the negro character makes one wonder why we let the spiritual rot have its way for so long. It was always this easy. Next step: destroying the Hollywood jews. Meanwhile, the final unconditional surrender is being prepared by the chosen behind the congo rugby and some of their field negroes aren't happy. Let us all savor the morlock wailing like a fine cognac.

Bucs defensive tackle Gerald McCoy, interviewed on Adam Schefter's ESPN podcast, said Tuesday there would be an "uproar" if the NFL moves forward with a proposal that would keep players from kneeling in protest during the national anthem.

Wise Confucius says: If a jungle monster "uproar" happens in front of empty stands and talmudvisions that have been turned off, does it make a sound?

The delusional 70 I.Q, mind of the "African-American." I'm sure Big jew is deeply concerned about the feelings of their dark biological weapons while their anti-White cash cow is being prepared for kosher slaughter. "We don't care if you like it or not, you damn schwoogie, the gentiles are tuning out and we're losing the precious six million shekels!" Another few weeks of pressure from Lord President Dr. Donald John Trump and we can expect to see jewish plantation masters screaming at their sullen dusky charges in hebrew while rending their garments.

NFL commissioner Roger Goodell sent a memo to all 32 team owners on Tuesday, saying a proposal would be discussed at next week's league meetings that would require all players to stand during the anthem.

Preparing the unconditional surrender. Send out the memo, send out the holocaust goat to the desert where it will be devoured by devils. The semitic arrogance melts like snow in June. I'm still not tired of winning. 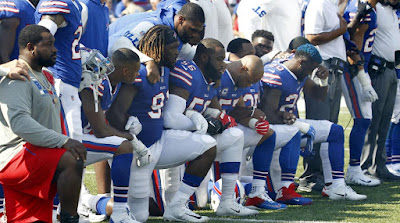 The exciting "diversity" of the short-lived "down with Whitey" protests.

McCoy said he has no intention of protesting, but fully supports his teammates' right to do so.


"It's just going to happen. It's like, you had a voice at one point but then you don't at this point. That's our right. It's a constitutional right, and if you take that away, I don't think people are going to take too kindly to it."

When your enemy is reduced to impotent "muh constitution" bleating, formerly the sole province of the Loser Party, that's when you know you've won. 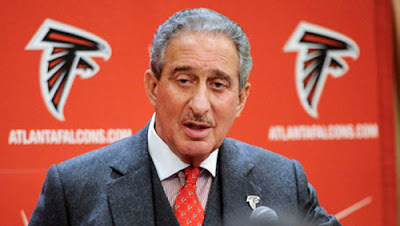