Not an Isolated Incident

October 27, 2017
The moldering remains of the last phony campus hate crime aren't even cold in the ground and we already have another highly dubious incident at the communist indoctrination center to wring our hands over. As we examine this fraud, note the total adherence to the kosher script: a lazy, low energy "crime," bombastic expressions of outrage and righteous indignation by sinecure con artists, grim determination to catch the not-sees from law enforcement, marches and "conversations," and then the inevitable collapse and memory hole treatment. This ridiculous and pathetic hysteria must continue since we need to prove that Whites are evil despite our endless cooperation, appeasement and cowardly surrender to enemies who want us completely destroyed.

Graffiti on campus restrooms at Wright State University displaying inflammatory messages have been found at least twice since Oct. 12. The messages reportedly included the phrase “Jews go home,” among other racial and anti-gay slurs.

Hey rabbi, what are you doing over there? This happened twice. Wow. This is a "klan" reign of terror at our semitic re-education camp. We need a lot more anti-White indoctrination, obviously. Don't worry, the merchant will give you another pound of flesh loan to cover it.

The messages, written in dry erase marker, promptly were erased after their discovery, and though pictures of more messages were shared on social media, representatives from the university were unable to find them. Seth Bauguess, director of communications at Wright State in Fairborn near Dayton, said the university was notified of the first incident on Oct. 17, quickly notified police and cleaned up the bathroom.

Strange how this unbelievably work-shy attack still garnered lots of attention. While walking in the forest near the village I noticed piles of twigs and stones that were obviously witch markers used in their blasphemous ceremonies. I kicked them all over, so you can't see them any more, but trust me, they were there. I've notified the witch-finder general and the inquisition. Now we must begin collecting spectral evidence of teen girl collusion with the Horned Man.

“We were prepared for the possibility this was not an isolated incident,” Bauguess said.

There is clearly a well-organized group of Ghost Knights at your school. How else would you explain no less than two offensive bathroom scribbling cases in only a few weeks? We are under siege from the Invisible Army.

The second confirmed incident happened Oct. 17, and later in the day, an all-campus message from chief diversity officer Matthew Boaz was sent. Within an hour of sending the all-campus message, Bauguess said new pictures of at least two different messages began appearing on social media.

The negro "diversity" court jester performs his goofy minstrel show dancing and prat-falling. If you're wondering why your tuition is so high, goyim, here's the answer. Apparently having a sinecure University President make a form-letter "this is bad" statement isn't sufficient for the Dayton Harvard. We need a special office filled by an evolutionary dead-end to offer comments so thoroughly rigid in content you could train a parrot to make them. 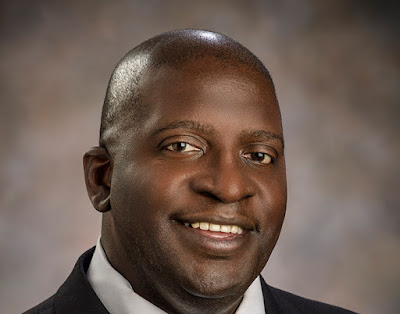 Bauguess said Wright State was unable to find the messages shared on social media, and believed someone had erased the messages before the university could find them. He said the school’s custodial staff informed him that it would be very easy to wipe off the graffiti since it was not done in permanent marker.

Huh. It sure is weird that the evil "racists" would be so indolent in committing their crimes. It's almost as if the real purpose was to create phony outrage and attack Whites, suggesting the suspect probably isn't White, let alone a nawrtzee. On the other hand we're not allowed to learn any lessons from the endless parade of similar hoaxes, so let's find those lethargic Hitlerists.

“Police have shared publicly that they believe a single person wrote the two confirmed messages and the two unconfirmed messages,” Bauguess said. He said the school has not seen a message since the all-campus email was sent out.

You know what, I think you're right! Now to find that "single person" whose racial identity might be a shocking surprise!

The Dayton Daily News reported one of the messages read “Jews go home,” and reported there were also messages such as “date rape does not exist,” “liberals hate America,” “black lives don’t matter here,” and “Islam is terrorism,” along with statements referring to women as property and praising President Donald Trump, referencing his 2016 presidential campaign slogan, “Make America Great Again,” or MAGA.

This is so obviously legitimate.

In his email, Boaz said the behavior of the vandal “is not reflective of our values as a community.”


Muh values. You know "diversity" is a mighty strength when you need kommissars to enforce it, to say nothing of the vibrant atmosphere of fear and mistrust it creates.

“Messages of hate will never be acceptable at Wright State University,” Boaz said. “Moreover, damage to university property of any kind is also not acceptable.”

Both Boaz’s email and Bauguess said that if the individual was caught, Wright State would hold the person accountable to the highest letter of the law they were able to.

I see. I'll remember this when the scheming jew rat or negro dullard behind this is arrested.

Bauguess said the university’s president, Cheryl B. Schrader, and Boaz held an informal town hall-style meeting with students on Oct. 18.

“I think it was important to have that conversation,” Bauguess said.

And by "conversation" we mean a completely one-sided kosher lecture, of course.