October 25, 2017
One thing you will never hear from our jew-controlled dinosaur media is the slightest amount of skepticism toward the latest in the endless march of phony hate crimes perpetrated by the "victims" to encourage anti-White sentiment. The fact that these incidents are exposed almost without fail doesn't seem to deter the breathless jewish headlines about how "hate" is alive and well in this country and Whites are inherently evil and deserve their planned genocide. We have proof of witchcraft, to deny it is to deny the Holy Mother Church synagogue.

The truth is we're the most generous, accommodating and suicidal genetic group on the face of the Earth. If we were even 1% as bad as our enemy claims there wouldn't be a single jew, negro, la-teen-oh or moose-limb left alive. Instead we keep meekly surrendering our lands and our future. The reward for this appeasement is endless attacks from alien scum who cares about winning, not some nebulous and worthless idealism. When the anti-White libel predictably collapses, it's time for the memory hole. The important thing is it could have happened and did I mention the precious six million murdered in homicidal gas chambers and you really need to die.

Last fall and in the spring, the otherwise quiet campus of Eastern Michigan University was hit by three ugly incidents of vandalism targeting blacks.

This bullshit was national news, proof that collegiate Whites are wicked "racists" and not "I'll do anything to avoid conflict, ANYTHING!" geldings weighed down by pound of flesh student loan debt and subjected to endless kosher self-loathing seminars at the communist indoctrination center. "Credulous" doesn't seem a strong enough word to describe the jewish media machine's response to this low effort deception.

The first came in September, when “KKK” was sprayed in red, white and blue paint on the wall of a dormitory, along with a threat that used a racial slur and told blacks to “leave” the school in Ypsilanti, about 11 miles southeast of Ann Arbor.

The monsters are due at Ypsilanti.

Then, on Halloween, the same ominous hate message using the n-word and ordering blacks to leave showed up on another building, this one right next to the campus’s monument to the Rev. Martin Luther King Jr.

The horror, the horror. Within the line of sight of a plagiarizing marxist sex beast the Knights in White Satin openly plied their sickening bigotry. I wouldn't be surprised if the Chinese rock dedicated to the leper messiah began shedding miraculous tears.

“It really has rocked our community,” Judith Kullberg, an EMU political scientist and president of the faculty senate, told The Washington Post. “In this whole context of a very tense presidential election, it has raised anxiety here considerably.”

Don't worry, the jew is on the case to calm everyone down and explain that this is almost certainly a hoax. Just kidding, we must rend our garments and wail in hebrew. My whole family made into a living room set, the gentiles must be destroyed. Can we blame Trump? Sure!

In the spring, a third racist message was left in a men’s restroom stall.

On Tuesday, the university was shaken again when police announced that a 29-year-old black man, a former student, had been charged in all three crimes. 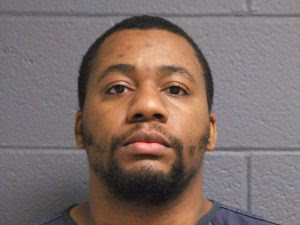 The suspect was identified as Eddie Curlin, a student at the school from 2014 to 2016, who is serving a one-to-five-year sentence on an unrelated charge of receiving and concealing stolen property, according to a university statement.

This tar monster was able to find time between the usual negro activities to grab coast-to-coast headlines. A moronic 70 I.Q. criminal held an entire campus hostage with its lazy reign of terror. This scumbag dullard was able to outsmart sinecure professionals and grimly determined law enforcement. Maybe there's some sort of lesson here?

Curlin was arraigned in Washtenaw County District Court on charges of malicious destruction of property, identity theft and using computers to commit a crime. A preliminary hearing is set for Nov. 9.

Now for the "races" justice system to punish a good boy who was turning his life around and getting ready to go (back) to college.

LOL, I wonder if Deputy Dipshit would have the same attitude if the mythical evil White "racist" was behind this. Just an "individual item" (???), nothing to see here, I'd like to keep my careerism, please go back to watching your Liberia Ball.

Campus police noted that they had committed more than 1,080 hours to investigating the incidents, with the help of the FBI and the Michigan State Police, among others.

Don't worry, you'll get the bill for this unbelievable waste of resources.

EMU President James Smith said in a statement to the campus community that the vandalism “created significant pain, fear and distress among our students, faculty and staff” and that he had felt angry about them as well.

Muh righteous anger. I'd like to continue to get paid for doing basically nothing, so I'll jump through all the semitic hoops.

The faculty senate condemned them and held a day-long teach-in about racism and diversity, and some professors held a vigil at one of the vandalized buildings, wearing black to show support for students of color.

Struggle sessions, weepy vigils, black shirts matter. Is there any level of debasement some Whites won't sink to? Is winning the approval of a merciless enemy that wants you violently dead and any memory of your existence erased really that important to you?

The school launched several efforts to combat what were seen as hateful attacks, including increased spending for security, additional lighting and cameras on campus, expanded diversity training for university leaders and others, and a presidential commission examining diversity and inclusion.

After the crops failed and I was impotent it was clear our village was under demonic attack. We have brought in the best witch-finders, inquisitors and exorcists that money can buy. We will drive out the devil and catch the root wizards, necromancers and teenage girls behind this magical assault on the New Canaan.

Despite the suspect being a black man, Smith said those efforts will continue. “These and other actions will continue to move forward with the focus, determination and importance with which they began,” he said.

It turns out the guy we crushed to death with stones wasn't actually involved in the curious arts, but the efforts must continue. There are real malefactors out there, somewhere, that's for sure.

The arrest was one of several in the country in the past year in which an apparent act of racism or anti-Semitism was traced not to a hate group but to a suspect belonging to the targeted minority. 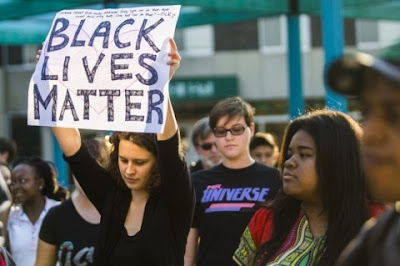