October 12, 2017
There are racial differences in intelligence. This is not a controversial statement in any way. Combine mountains of rigorous statistical evidence with the reality witnessed by your own lying eyes and it's obvious to anyone but a delusional moron that the negro is a failed branch of humanity and is totally incompatible with civilized White nations. Opposing this undeniable truth are muh hurt feelings, political violence and the communist jew working for White genocide. Once "we're all equal" has been soundly debunked, the entire globalist house of cards falls. Our enemy is well aware of this, deploying useful idiots at the communist indoctrination center in a desperate attempt to silence the hate facts.

Author Charles Murray was met with chants, music, intentionally annoying cell phone sounds, an overhead projector displaying an arrow pointing to him along with the words "white supremacist," and hostile questions from students during his visit to the University of Michigan on Wednesday, Oct. 11.

My obnoxious phone noise is a sound counter-argument to endless scientific data gathering and simply observing a reality that was so obvious no sane person disputed it until the disastrous jewish century. No attempt is made at a rational argument, no facts are challenged, we must burn the heretic who claimed the Earth revolves around the Sun. This is the state of "higher education." A screaming mob of kosher student loan debt mush-heads demanding that something should go away if they cover their eyes and wail loud enough.

Murray, who has drawn criticism for his views on the role of IQ shaping America's class structure in his 1994 book "The Bell Curve," spoke Wednesday in Palmer Commons on the UM campus.

This "water is wet" treatise, full of dry language and obvious conclusions, was able to create a firestorm of controversy. There is only one crime: Thought Crime.

He spoke for a couple of minutes before students argued that he should leave campus, while others in the room countered that they wanted to hear what he had to say during what were at times heated exchanges between those in attendance.

The thirst for knowledge and love of free inquiry that is fostered at the communist indoctrination center. Shut that pink up, this bee "races" and sheeet. I honestly believe that hooting and eeking about nigga bodies (Ah! Ah!) and demanding the censorship of uncomfortable ideas is preparing me to be a leader in the coming semitic globalist bazaar.

UM student groups Students of Color of Rackham and the Multicultural Leadership Council organized a march from UM's C.C. Little Science Building to Palmer Commons, where many students demonstrated during his speech.

We'll show this craka debil that we don't collectively have below average intelligence! *screams incoherently, holds up a phone set to make annoying noises* 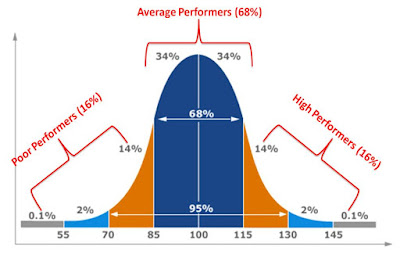 Another protest was organized by the University of Michigan chapter of Campus Anti-Fascist Network and were joined by By Any Means Necessary (BAMN) on the Diag.

Imagine the cantina scene from Star Wars and you've got an accurate mental image.


The speech went on with Murray refuting many of the opinions from audience members that his work in "The Bell Curve" was racist or aligned with white supremacy. He tried to explain the point behind his research.

I still believe in the Holy Mother Church synagogue! This is just what the data shows! The ugly dark crowd approaches, whipped into a lather of outrage and thirsty for blood.


"I don't think you will ever find the words inferior and superior in 'The Bell Curve' period," he said. "What you will find instead in many cases is we want to emphasize that IQ all by itself tells you very little about whether a person you meet is someone you respect, someone who is going to be funny or someone who is going to accomplish great things."

Yeah. "Very little." Knowing Barkevious has an I.Q. of 70 gives you almost nothing to evaluate its massive potential as an oceanographer, commercial pilot, rapper or African Tree Hockey player. Plus, this dangerous inferior might be "funny." I mean, it's not a coolness test, where the negro scores through the roof and stiff and boring Whitey gets low marks. See, I'm hip and "with it," you crazy cats. Please don't tear me to pieces.

We know the Earth is flat and stationary, everyone agrees, all opposing views were completely "debunked" and their proponents fed into the flames.

PhD candidate Michael Medina prepared protesters to ignore Murray's message prior to his speaking engagement. "We're here with one purpose - shutting down white supremacy on this campus," he said. "Right now we have one purpose - letting Charles Murray we don't give a s*** about what he's got to say.

The amazing mind of Doctor Dreamer (just like on the talmudvision!). Clearly, we actually are getting may-hee-co's best. Suppressing open debate and muttering garbled profanity, the signs of the superior mind of la-teen-oh invaders who certainly don't score lower on average on intelligence tests and even if they did they still make amazing burritos and can tell jokes or whatever.

"We want him to know that his pseudo-science has no place on this campus," he added.

Witches, root wizards, practitioners of the curious arts and pythonesses have no place here.

Murray, who describes himself as a Libertarian, has been drawing protests at colleges and universities across the country, particularly for "The Bell Curve," which some believe argues that African-Americans have lower intelligence than other races.

LOL. Thank you Lord President Trump for destroying the Libertarian wing of the Loser Party. In other news "African-Americans" do in fact have lower intelligence and no serious scholar of the subject would suggest otherwise unless forced to do so by jewish pressure.

His work was refuted by faculty members of UM's College of Literature, Science, and the Arts on Wednesday prior to his speaking engagement.

Yes. My observation of moons around Jupiter was refuted by members of the College of Witch-Finding, Dark Arts Defense and Correct Doctrine prior to the speech.

The group criticized Murray's writings, which they described as "ideological justifications for the disenfranchisement of African Americans, Latinx, immigrants, working class and poor whites ... dressed up as academic scholarship."

The irony of communists accusing their enemies of "ideological justifications."

Murray's claims that intelligence is inherited and that there is little social policy can do to lessen social inequality, the group wrote, have been debunked by decades of social science research.

Saying this doesn't make it true, as a glance out your window in a "diverse" neighborhood would confirm.

"Murray's views are well known and have changed little in the last two decades.  Inviting him, therefore, reads much more like sanctioning his positions than imagining a vigorous debate over them, and can seem to be yet one more indication that the UM community does not wholeheartedly welcome diversity."

Failing to censor a dissenting opinion is proof we're not welcoming "diversity." This is clown world.

Murray's visit to UM came after students have protested incidents of racist vandalism on campus since the start of the fall semester.

Speaking of hunting witches, look at this incorrectly made swastika! 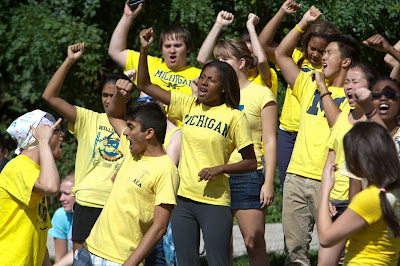