November 15, 2017
Turn in your guns, shkotzim! Once you're completely defenseless you'll be a lot safer from deranged cultural marxist true believers, la-teen-oh invaders and predatory "African-Americans." Somehow this compelling kosher argument is failing to gain much traction among the gentiles. We need to be armed. Gun ownership may be the only thing between you and your loved ones becoming memory hole fodder after a "rape gone wrong." Whites in America are under attack from the teeming shit-colored mass and we need to prepare accordingly.

A Florida father has revealed how he bravely confronted four teens with a gun after they allegedly attempted to kidnap his 17-year-old daughter and break into his home.

Those crazy "teens" and their innocent little pranks, like trying to break into a home in furtherance of kidnapping, rape and murder. You were young once, right? This is just vibrant youthful exuberance, it's because you're "racist" that you have a problem with it.

Terry Brackney's daughter, Amber Brackney, 17, was the alleged target of a foiled kidnapping plot, which saw four teenagers, armed with a knife, guns, and a roll of tape, surround their home in Crestview, Florida.

Current Year America is not a safe place for White teen girls, obviously. We need a lot more of these dark monsters in the Whitest remaining areas. We're all equal.

When something called "Keilon" is trying to crawl through the window of your house you're going to want to be able to respond with immediate deadly force. No one is coming to help, no one will care if you're murdered by jungle monsters, it's up to you.

On the night of the incident, Amber had called her dad to tell him that someone had used barrels to block the road leading up to their home.

This attempted kidnapping/rape/murder is like a negro Manhattan Project. These are good boys, turning that life around, clearly college material, future highway engineers or rappers. 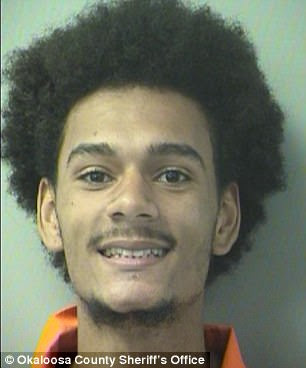 'I automatically thought this is something that would happen in a scary movie,' Amber told Good Morning America.
Coming this Halloween from the Harvey Weinstein Company, a "scary movie" that will leave you breathless. Four White as freshly fallen snow criminals try to break into the home of a humble jewish family with the worst of intentions. Be sure to go see "Kidnapping Gone Wrong," goyim.

Amber said she remembered playing with one of the teens allegedly involved when she was younger, saying he would come over to her house.

The mighty strength of diversity. Try to befriend dangerous genetic aliens, what could possibly go wrong?


She said they have since grown apart, but she never expected him to be part of such a kidnapping plot.


'I see these kids every day walking down the hallway,' she said. 'I never expected them to try to attempt to kidnap me and harm me and do such a thing to my family.'

They sure seemed harmless, loudly "rapping" about their genitals while leering menacingly at me. I thought they might steal cars or engage in a "robbery gone wrong," but not kidnapping, no way. If you have daughters you have to teach them racial reality. To fail to do so is insane negligence.

Terry Brackney, a funeral director, said that later in the evening after Amber had gone to sleep, he noticed a motion sensor light turn on outside and that his dogs wouldn't stop barking.

A well-prepared White man swings into action. Time to add "explaining to my daughter that everything she's taught at school or sees on the talmudvision is a lie" to your list of sensible precautions. 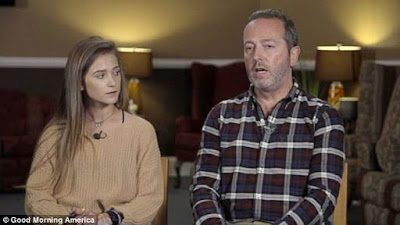 He saved his daughter from becoming an African war trophy.

'The dogs seemed to be barking towards the garage,' he told Good Morning America, adding that he took his gun and ran outside, where he found a group of teens trying to force their way into his garage.

'That's when I yelled at them and fired three shots with my glock, and they took off running,' the 51-year-old told GMA. 'It was at that point that I went back in my house and called 911.'

The negro melts in the face of an armed White man. This was almost the correct way to use 911. It would have been better if you'd "limited" a few of them and were calling for negro body disposal.


'The goal was to first force her out of her car by blocking the road with barrels and garbage cans,' the OCSO said of their investigation. 'They then planned to head to her house, confront and subdue her father - who they believed to be wealthy - and rob the home.'

I have a dream that my four little children will one day live in a nation where they will not be judged by the color of their skin but by the content of their character.

Amber told ABC News that her father is a 'hero' for confronting the teens at the home.

For once the sarcasm quotes are mostly inappropriate. 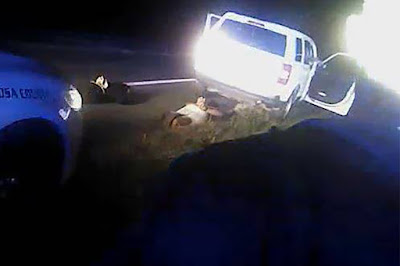