November 21, 2017
It's getting almost impossible to ignore the fact that Western Europe is rapidly dying by its own hand. In Current Year it's no longer just the "racists" pointing out the spectacular failure of unlimited foreign invasion. Now it's the deluded champions of cultural marxism huddled within collapsing ivory towers who have started to notice that the army of jihad is not embracing the apathy, hedonism and suicidal indifference to obvious threats that are now the only remaining virtues. With the problem identified, the next step is, of course, offering terrible 40 watt bulb ideas and here we are. Maybe we can just turn over a large chunk of our country to the moe-ham-head-dan conquerors, this will be sure to pacify them and stop our pathetic slouch toward an open jewish grave.

A French academic has suggested creating a Muslim state within France in order to prevent a civil war.

Vichy France is back and it's better than ever!

Professor Christian de Moliner claims that a second society has formed in France, which he described as: “A branch that wants to settle their lives on religious values and is fundamentally opposed to the liberal consensus on which our country was founded.

Yeah. No shit. Maybe you should have brought this up when kosher hands were opening the floodgates to allow this pathological brown deluge. That would have taken wisdom and courage, so I can understand why you didn't. Now, with the coming death of France obvious to anyone but an idiot, you can timidly observe that water is wet and maybe if we wanted to stay dry we shouldn't have allowed this kosher tidal wave.

“We can never convert the 30% of Muslims who demand the introduction of sharia law to the merits of our democracy and secularism.

"They will adopt your nihilistic values and become just as French as you!" declared the wandering merchant without a hint of shame. It was all a lie.

“We are now allowing segregation to take place that does not say its name. Rather than veil the face or adopt unimaginable measures in democracy (remigration, forced evictions of the most radical), why not establish a dual system of law in France?” 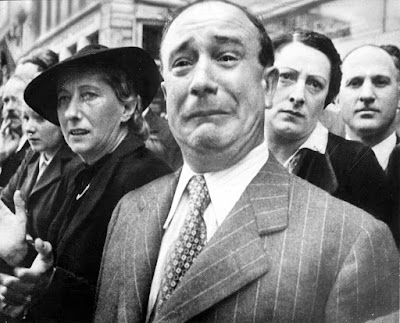 De Moliner writes that Emmanuel Macron winning the Presidential election will not make the problems disappear, it will only kick the can down the road.

The broken clock is right for the second time today!

“We will never be able to eradicate the radical Islamism,” he says, adding: “While we are not yet at open war, the faithful of the Prophet are already regrouping in areas sometimes governed by special rules.”

The spirit of la resistance truly lives on. There's nothing we can do. Maybe groveling appeasement will keep the scimitar off our necks for a few more years.

The academic’s ‘solution’ is to create a “state inspired by colonial Algeria and Mayotte of the twentieth century: one territory, one government, but two peoples: the French with the usual laws and Muslims with Qur’anic status (but only for those who choose it).”

Our modern technological society will now be modeled after a colonial backwater from a hundred years ago.

“The latter will have the right to vote unlike the natives of colonial Algeria, but they will apply Shariah in everyday life, to regulate matrimonial laws (which will legalize polygamy) and inheritance.”

We'll have harems and honor killings and genital mutilation and rape gangs, but trust me, you'll still clearly be able to identify the rotting remains of your homeland. You won't need dental records, the maggot-eaten face with melted eyeballs and a jaw that just fell off will still be the proud visage of the land of your ancestors.

“However, this system would involve schools or hospitals reserved for believers and therefore the creation of local committees that will manage them independently. A council of ulemas will fix the religious law, but the autonomy will stop there.”

Moon cultists will be stoning you for blasphemy, but that will be one of the only powers the "ulemas" will have, don't worry. This sickening dhimmitude will save muh democracy. No, really. 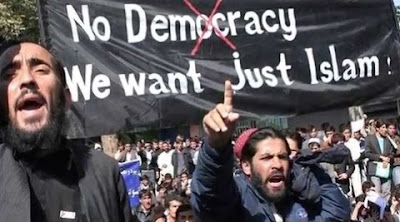