November 03, 2017
There's no compelling reason to manufacture artificial scares in today's world: we get plenty of the real thing. From the demographic nightmare of open borders and a hostile jewish globalist elite that wants us eliminated to the more visceral fear of negro criminals and moe-ham-head terrorists, there's very little cause to put on a goofy mask or watch a "scary movie" when the most vile darkness is steadily closing in. In Germany, a nation that has placed its head in the islamic noose, the wacky Halloween fun was quickly ruined and there's no prizes for guessing who was responsible.

Disturbances broke out in several German cities, including Hamburg and Berlin, where groups of youths attacked passers-by and police as hundreds of young people celebrated Halloween across the country.

"Women and children" fleeing "war." We must allow them into our ancestral homelands to satisfy our suicidal nihilism and/or cucktian delusions. Did you know that Jesus was a rapefugee? Last time I checked taking your own life was a mortal sin, not a virtue.

Hundreds of worthless sand monsters showing their deep gratitude by attacking the fools and cowards who let them in. Almost no arrests. An entire nation is prepared for halal slaughter. An ugly holohoax memorial and a terrorist training and recruitment mosque on every corner, a pack of criminal "youths" in every alley. Zombie Germany lurches forward, moaning pitifully, its mind and soul gone, a grotesque and vile parody of the time before it was killed by jews.

Police had to reinforce their presence outside Cologne Cathedral over reports of “heavily intoxicated and aggressive groups of men,” in the city center, who were mostly of North African or Arab origin, according to Zeit.

I know, I was surprised, too. The stone cube fan club prohibits alcohol consumption, of course, but luckily you can break all the rules and still reach paradise by killing the kuffir.

In Berlin, around 100 young people attacked passers-by and policemen. Many law-enforcement officials wore helmets and protective vests. “We had to summon our colleagues for support several times,” a police spokesman said, as cited by Zeit.

We're being attacked by the human locusts who invaded our dead homeland! Send help!

Although the zombie walk in downtown Essen was largely peaceful, disturbances broke out at the railway station, forcing local authorities to close services for around an hour. Approximately 200 men reportedly gathered in small groups around the railway station.

The European zombie walk. Enemygrants attack the shuffling corpses of The West. The grave awaits. 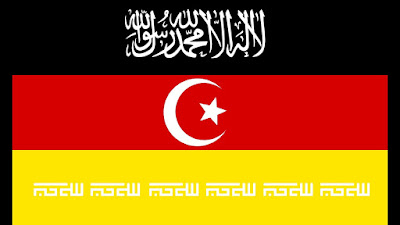 Some altercations occurred between them and participants of the zombie walk, with verbal assaults and “a few offenses” hurled by both sides, Volker Stall of the Federal Police said, as cited by Der Spiegel.

Everything is fine, go back to sleep. 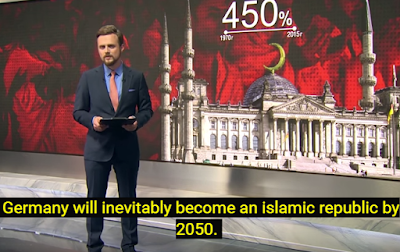