November 10, 2017
If you're a piece of unclean meat, and by that I mean non-jewish, you've probably never even heard of the holocaust. The jew is, after all, extremely reluctant to discuss its special and unique suffering, so I guess you can be forgiven if you don't know what I'm talking about. To bring this obscure historical oddity to light, we need to spend more of your tax dollars on promoting this little-known kosher whopper in Rust Belt schools. The cattle, again, that's you and everyone you care about, need to know about the blood geysers, the bone-crushing machines, the electric belts, the shrunken heads, the color-coded smoke, the killer falcons, the boy who was unsuccessfully gassed six times and all the other semitic fairy tales. This should be our number one priority, especially now with many of the chosenite grifters dying and going to hell and more and more Whites wondering why we're being taught Soviet war propaganda.

Ninety-three percent of Pennsylvania school districts are incorporating education on the Holocaust and related topics in their curricula, exceeding the goal set in 2014 legislation encouraging such coursework, according to a report approved Thursday by the state Board of Education.

Instead of learning something potentially useful we're going to waste time and money on filling impressionable minds with long discredited tall tales about Soviet submarine engines, dogs with poison teeth, soup 'n' poop bowls and all the rest. My spellcheck doesn't think "Holodomor" is a word, but we need to worry about the small percentage of goyim who haven't been thoroughly exposed to the Big Lie.

“I'm encouraged that so many schools are including Holocaust, genocide and human rights” in coursework, said Lauren Bairnsfather, director of the Holocaust Center of Pittsburgh, which helps to train teachers and hosts student field trips to support such efforts.

It's great that the shkotzim are being trained to hate themselves and their history. Soon we'll have the thousands of brown slaves promised by the talmud after Whites have been destroyed by a combination of spiritual sickness and direct attacks. 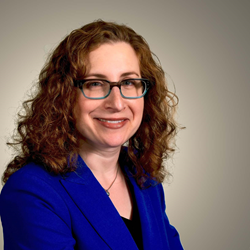 “We still have a lot of work to do” to improve such education, she said.

Much more needs to be done, as always. There are still non-dead Whites, after all.

The survey was done at the direction of Act 70 of 2014, in which the General Assembly encouraged the teaching about the Holocaust and related topics.

While many Whites drift through a poisonous haze of careerism, materialism, addiction and suicide the traveling merchant is busy passing laws to promote its vile evil.

The act prescribed age-appropriate education into history of anti-Semitism and the Nazi rise to power in Germany, with attention to the “national, ethnic, racial or religious intolerance” involved.

Expect lots of heavily nuanced "White man bad" and "Don't have children, they could grow up to be Hitler!"

It also called for teaching on genocide elsewhere,

Well, that's a relief. At least the nation-wreckers will be forced to recognize the millions killed by communism during the disastrous jewish century...

Hank Butler, executive director of the Pennsylvania Jewish Coalition, said future goals include training more teachers and getting voluntary participation by 100 percent of districts. Organizations such as the Shoah Foundation and the Anti-Defamation League provide free curriculum materials, he said.

Eventually we'd like every unclean cattle to have to wear a sign that says "Six Million Precious Jews Lost Because of Me" strapped to their face at all times, but until then we'll have to settle for more of the same indoctrination.

On Thursday evening, the Holocaust Center of Pittsburgh hosted a presentation at the Heinz History Center, telling a German Jewish family’s story through the letters exchanged between an immigrant who settled in Pittsburgh and the relatives left behind in Berlin.

Just arrived at Auschwitz, enjoying the swimming pool and theater. Good luck spreading communism to all the gentiles in Amerika.

“It is our wish that these stories continue to be told by survivors long after we don’t have survivors,” she said.

We'll keep wailing about this until we've completed our goal of White genocide. 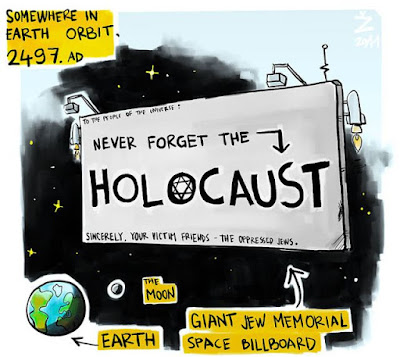