Terrorist was a "Nice Guy"

November 02, 2017
All religions are exactly the same, shkotzim! They all teach the same values, like being nice to others or whatever. These are just the many the masks of g*d. With this deep semitic wisdom in mind, you might as well flood your country with moon cultists who see undocumented roads as the highway to heaven. Don't forget the highly spiritual jewish faith! Sure, there's that stuff about thousands of slaves and all, but they're just like you, cattle. Only better. Yes, your virtues of cowardice, apathy and appeasement are completely universal, don't worry.

A worshipper who knew terror truck driver Sayfullo Saipov and attended the same mosque says he 'totally gets what he did'.

Like, totally, fer shur. Running down the kuffir is trippendicular to the max.

Abu Mohammad, who stopped to talk to DailyMail.com after leaving afternoon prayer service at the Omar Mosque in Paterson, New Jersey, on Wednesday, said he last saw the suspect at the mosque about two months ago and first set eyes on him there two years back.

His elevated rear end was right in front of my face as I pressed it into the carpeting, begging the snake idol to kill our enemies and maybe steer some underage girls my way.

A cement mixer by trade and living in the U.S. now for nearly three decades, Abu described the murder suspect as having a 'beautiful smile, was a nice guy, and someone who never cursed. He called me brother and I did the same back at him.'

We need more "diversity" lotteries and lots more immigration. Mixing cement is an important job that no White person will do and that certainly can't be automated in any way. Lots more moose-limbs is the only answer. Consider the room-brightening smile on moe-ham-head, how it shared in the universal truth of "Be nice, okay?" and its squeaky clean broken English. It's hard to believe it brutally murdered people for no good reason, this had "immigrant success story" written all over it. 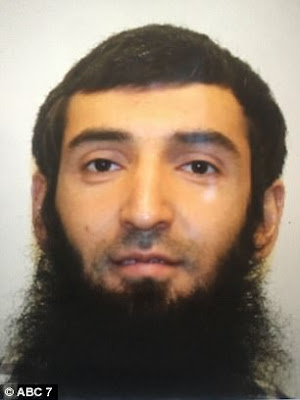 Abu railed against the U.S. foreign policy in the Middle East, particularly blaming the President Bush senior and son era for escalating tensions.

It's hard to believe anyone would be angry about this globalist puppet's attempts to spread kosher "freedom." The empty suit even called the Cult of Mahound a "great religion" and a "religion of peace." Somehow this failed to garner any sand person goodwill, I don't understand this.


'I totally get what he did,' Abu said of the suspect. 'It's in response to Muslims dying every day as a result of this ongoing conflict. Why doesn't the media cover that? The U.S. needs to get out and let us run our own affairs. But as long as they meddle and interfere, these terrorist attacks will continue to happen.'

We need a lot more stone cube worshiping enemygrants in our country and we really have to get that war with Syria going.


A supporter of President Donald Trump and his immigration policies, Abu would later get into a scuffle at the mosque before a late afternoon prayer service and was booted out, with one worshiper branding him an ISIS sympathizer.

According to NorthJersey.com, the NYPD has been studying the Omar Mosque in Paterson, near Saipov's home, as a possible location for 'budding terrorist conspiracies'.


Ken (Khader) Abuassab, founder and director of the American Arab Civic Organization, an outreach program in the state of New Jersey and based in Paterson denounced the attack and said Saipov's actions do not reflect the beliefs of Muslim people.

How about some taqiyya?


'I am shocked by this violent act, condemn what this individual did and sympathize with our neighbors in New York City. Islam is not responsible for this foolish act. We are a peaceful people and wish to live in harmony with everyone, whether Christian or Jewish,' he told DailyMail.com.

I preached jihad and slaying the unbelievers to my fellow idol worshipers. We're just like Christians, there's no difference, be "nice," etc.


And despite the mosque's proximity to the suspect's home - just around the corner from his apartment - he insisted that he had no official affiliation.

It's all a big coincidence. 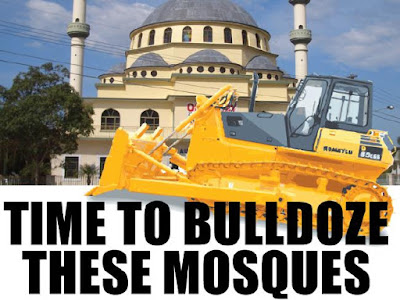