November 28, 2017
Six men were killed and at least 30 other people have been wounded in shootings across Chicago during the Thanksgiving holiday weekend, which began Wednesday night.

Motivated by Pilgrims and almost entirely incorrect interpretations of events that occurred in the distant past the "African-American" brings more Dark Continent malfunction to a dying jew-run city. The magic negro failed, the la-teen-oh bugman failed, the jew failed. The senseless tribal warfare continues. These are our equals. Burning ruins populated by criminal animals is what will remain if we allow our enemies to win.

The latest killing happened about 10:30 a.m. Sunday in the West Side Austin neighborhood. An unknown male approached an 18-year-old man and shot him several times in the 200 block of North Lockwood, according to Chicago Police. The man was taken to Loretto Hospital, where he died. The Cook County medical examiner's office did not immediately report the fatality.

This is why we need more "diversity." Think of the amazing and different life experiences you can only find in someone who is brown. Experiences like "walk-by shootings" in a neighborhood that resembles Sudan in its demographics and general aesthetics. The truths, they're self-evident.

Shortly before 8 p.m. Friday, a 22-year-old man was gunned down in the Parkway Gardens neighborhood on the South Side. Officers responded to a call of shots fired and found Hakeem Murray lying on the ground in the 6400 block of South Calumet, police and the medical examiner's office said.

About 5:05 p.m., 23-year-old Daniel Nash was killed in a Lawndale neighborhood shooting on the Southwest Side. He was in the 1500 block of South Ridgeway when a person walked up, fired shots and ran away, authorities said. Nash, who lived in downstate Fairview Heights, was struck in the head and taken to Mount Sinai Hospital, where he was pronounced dead less than 30 minutes later.

A morlock takes high velocity projectiles to the head after another simian shoe-rider attacks. They should start approximating civilized behavior any moment now, just you wait. We're one dead-on-arrival kosher program away, there's just one more humiliating ritual appeasement ceremony between us and the dangerous alien becoming an overcooked White. The negro will improve tomorrow.

At 1:26 a.m. Friday, 27-year-old Daimmyon Hackman was shot to death during a robbery in the South Side Chatham neighborhood. He was sitting in a vehicle in the 7500 block of South St. Lawrence when someone walked up, pulled out a handgun and announced a robbery, authorities said.

We can safely postulate that someone named "Daimmyon" has never added even the slightest value to a White country. Instead, its small hours adventures while sitting in a car (the most dangerous negro activity possible) come to a "tragic" conclusion. 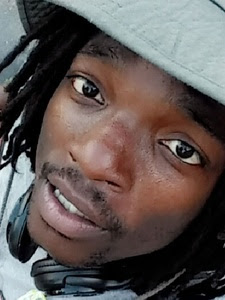 The president of The Mozart Appreciation Society got zapped while sitting in a car.

At 1:35 a.m. Thursday, another man was gunned down in a separate Chatham neighborhood attack. James Jones, 38, was driving south through an alley with a female passenger in the 400 block of East 77th Street when they saw three males, authorities said.

Look out, it's dangerous "males." Is anyone still fooled by this incredibly work-shy kosher deception?


He drove up to the trio and the two groups exchanged words before one of the males pulled out a gun and shot him in the head. Jones, who lived in the neighborhood, was pronounced dead at the scene.

"Excuse me, fine sirs. I was wondering if you could recommend some works on the Austrian School economic paradigm for light evening reading?"

"Why yes, my good man. Are you familiar with the library of the Von Mises Institute?"

*Guns come out, everyone dies*

The female was able to get out of the vehicle and run away unharmed after the shooting, police said. She was not cooperating with investigators.

At least 29 other people have been wounded in citywide shootings throughout the Thanksgiving holiday weekend, including a man shot early Thursday on the Eisenhower Expressway. 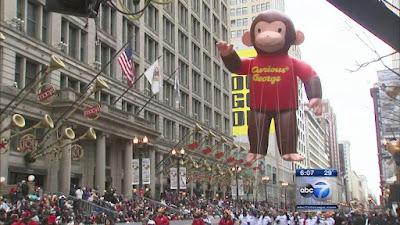