November 09, 2017
In case you were living under a rock or something, our globalist bazaar that anyone can join if they get at least 51% of their brown body (Ah!) over the open border is facing an unprecedented plague of highly legitimate hate crimes. Suffice it to say, more needs to be done. A good place to start would be Massachusetts, a Red State located in the deep south that still struggles beneath a long history of slavery, Jim Crowe and neo-not-see violence. Fortunately, a special "task force" is being formed, at great expense, to track down the White Massholes behind the incorrectly made swastikas, unauthorized hijab removals and "pranks" that later turn out to be the work of a jew or negro but that's not important. The best witch-finders are gathering, in fine Salem tradition, to catch the practitioners of the curious arts.

In the wake of surging hate crimes in Massachusetts and nationally, Governor Charlie Baker has reestablished a task force on hate crimes originally created in the 1990s. Kelly Nee, chief of the Boston University Police Department (BUPD), is one of the 17 task force members appointed by Baker.

With this deeply conservative and "racist" state under siege from evil Ice People who resemble something out of that kosher "Harry Potter infiltrates the nawtrzees" movie, it's time to deploy a powerful coalition of sinecure scumbags, wailing negro professional victims, mental defectives, bug people, delusional true believers and the jew clutching all of their puppet strings in its rat claw.

Baker swore in Nee and the other members Monday. “I am honored to represent Boston University as a member of this important and timely task force,” Nee says. 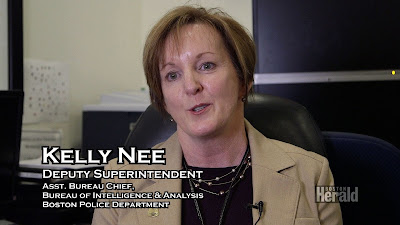 Careerist bugwoman gets a new sinecure.

Last winter, Massachusetts set up a hotline for reporting hate crimes, which were spiking even further following Donald Trump’s election as president.
It was all lies, but the important thing is it could have happened and some animals are a lot more equal so get ready to pay even more taxes.


The task force will advise Baker and Lt. Governor Karyn Polito on how to address these crimes and support victims. It will meet at least quarterly and write an annual report with recommendations and suggestions for measuring progress.

It will exist mostly on paper, drain resources, accomplish nothing, launder money, participate in graft, make useless blowhard statements every so often and generally become another semitic leech clinging to the rotting flesh of a dead nation, desperately trying to extract blood that is rapidly congealing.

Asked what she hopes to contribute, “I would hope to be able to provide a perspective as a career law enforcement officer,” Nee says.

If that isn't worth six figures plus, I don't know what is. This "perspective" might even include knowledge on what a correct swastika looks like, to pick a random example. 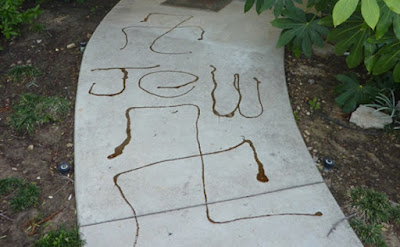 My 29 years in law enforcement tells me this is somewhat suspicious.

She also helped draw up training and deployment plans for the Boston Marathon after the 2012 bombings that killed three and injured hundreds.

We'll have a dozen heavily armed soldiers on every corner to protect you from the White "racists" (Literally Caucasian!) who committed this horrible act.


“I have had the pleasure of meeting and working with people from diverse backgrounds, sexual identities, ethnicities, and faiths,” Nee says. “I wholeheartedly believe that everyone should be able to go about their day-to-day lives without fear of being targeted for harassment or violence because of ignorance and hatred.

Imagine spouting this drivel because pathetic kosher materialism is more important to you than the destruction of your own people. Imagine actually believing it. Bawk, diverse backgrounds, bawk, bawk, ignorance and hatred, pretty bird, pretty bird, bawk, wholeheartedly, want a cracker, bawk, bawk.


“It’s extremely important that we protect the rights of individuals, even those we disagree with. This task force can explore ways to accomplish this safely and help formulate ways to improve prevention, investigation, and prosecution of hate crimes.”

As you can tell from this grotesque word salad, I'll be working hard for YOU!


Baker says the group members “represent different backgrounds and parts of our state to enhance our commitment to inclusive and tolerant communities.”

We've got a negro, another negro, a guy who I'm pretty sure gets regularly sodomized, some Asian and/or la-teen-oh mystery bag, a hijab head and some brown creature that defies classification other than we're sure it isn't White. These exciting and "diverse" backgrounds will make all the difference.

Among the task force members are police officers, representatives of advocacy groups (including Jewish, Muslim, and LGBTQ), the chancellor of the University of Massachusetts Dartmouth, and an Amherst College student.

Well, I was pretty close. Meet your new heroes: the merchant, the moon cultist, the degenerate sexual deviant, the communist indoctrination center veteran of useless make-work positions and even a student loan debt victim. This is the new Justice League, shkotzim.

Information shared between the chief and the task force, he says, “will not only benefit the Boston University community, but will demonstrate the University’s strong collaboration and commitment to the commonwealth’s efforts to reduce hate, bias, and other forms of discrimination.”

Whoa, slow down there Champ! Save that meaningless drivel for when you actually have a highly dubious "bias incident" to forcefully condemn before it collapses. 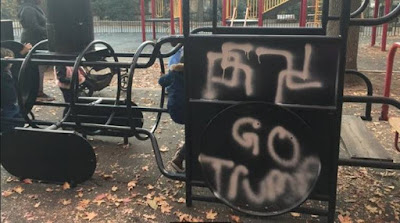