The Lighter Side of Negro Pathology: Muh Chicken McNuggets

November 13, 2017
Please watch the following amazing video. Be sure to copy and spread far and wide.


Welcome to the other America, the growing parallel society that exists as a malignant tumor alongside the White rump state. It could not be more alien, but it's right in your backyard. There is essentially no difference between the dark animals in this video and the sub-Saharan Africans hacking up their fellow evolutionary failures for witchcraft amulets, save the vestigial remnants of White civilization that serves as a backdrop for these monkeyshines. Over fifty years of appeasement, groveling, lying, spending, distorting and dying accomplished nothing other than creating a permanent kosher demand for more useless sacrifices. Welcome to McDonald's, can we take your order?

We cut to the "drive thru" where completely indecipherable morlock babble is emanating from within the building. We'll soon learn why, but for the moment it's an amazing mystery. Better call the panic line. "Nine-one-one, do you need someone to swing by and clean up the dead bodies? If you are currently being murdered, please stay on the line." Meanwhile a creature straight from a dark nightmare crawls out of the "hee-ah bee yo chucken, mudda fudda" opening, continuing to show off the poise and elocution that often wins collegiate debate tournaments.

Back inside the five star restaurant currently under dark continent siege, a negro saunters lazily past the camera behind the counter, its gait and general demeanor calling to mind something from the left side of a "Ascent of Man" poster. The floor is revealed to be covered in garbage, making this particular Clown Burger slightly messier than the nation average. These hominids should be making at least one Negro Hamilton and one King Lincoln an hour, that's for sure. Another missing link moves about furtively deeper within this Industrial-Junk Food Complex, barely caught on camera like one of those amazing moments in a nature film that just happens without any planning.

It's difficult to determine exactly what caused this vibrant malfunction from simply looking at the video evidence, especially with most of the verbal exchanges resting firmly at the "bidda be dat tum" level of incomprehensibility.  As it turns out, "insufficient fried chicken" was the motivating factor.

Now it's time to try to shove the aggressive tar monster customer back out da win-daw. Brought here in jewish chains out of "economic necessity," released at great cost to run wild, an incompatible and dangerous outsider we have to share our spaces with for fear of being called names. This is the raw material for a healthy democracy. If you don't think these creatures are as intelligent and capable as any White person you're a "racist."

"Wut you talkin' about?" Yeah, no kidding. The belligerent she-boon gets back in muh car and presumably drives off. We hold these truths to be self-evident... 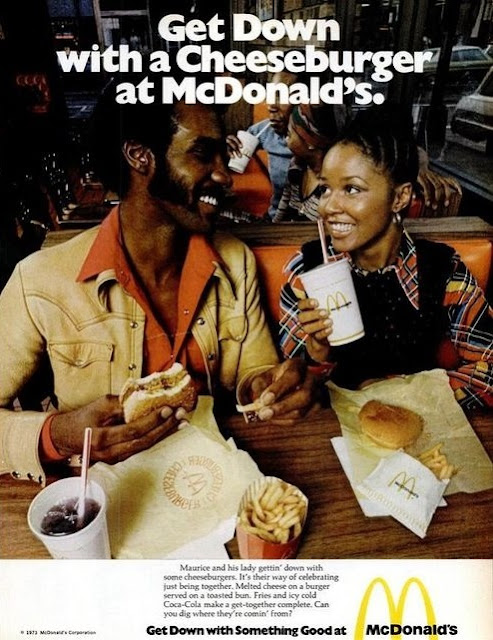