The Spirit of Pavlik Morozov 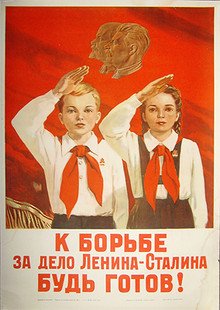 The trend began with what many would brush off as reckless teenage behavior. Some students at a Dresden school, considered it cool when one's cellphone battery was 88 percent loaded, alluding to the numerical neo-Nazi code for the letters "HH," short for "Heil Hitler."

Any sane person wouldn't have made a big deal out of this goofy behavior, but this is Germanistan in its dying days and this is a city that was once transformed into a burnt offering for the jew. We must punish the secret cellphone battery Hitlerism severely, lest some of these doomed youngsters start wondering why their own kosher government has turned against them by preparing Dresden for another jew-authored massacre.

When a student sneezed, the others responded with a "Heil" rather than the usual "Gesundheit" or "god bless you." They considered the infamous Hitler salute "funny."

What these kids need is a few decades in a gulag. If only someone would bravely turn them in so we can begin the re-education process.

"Suddenly 'Jew' was an insult," said 15-year-old Emilia S., who found the anti-Semitic jokes too much to handle.  But she did not know how to react. She was afraid of being seen as the odd-one out by her classmates.

Suddenly there's a glimmer of hope for Germany's windblown judeo-islamic future. Unfortunately, the class suck-ass is on the case. There's always one. It's time to notify the Stasi.

But soon it started to get worse. The jokes and Nazi symbols became more and more extreme.

Oy vey, the jokes are getting worse! And such small punchlines!

One day in her classroom, Emilia came across a picture of smoke bearing a caption "Jewish family photo." She finally decided to stand up and asked her classmates to stop the "Nazi nonsense."

LOL. Next time use a picture of living room furniture.

She was met with hostility.

The hero's journey, as presented by a nation that has lost its mind and its soul. 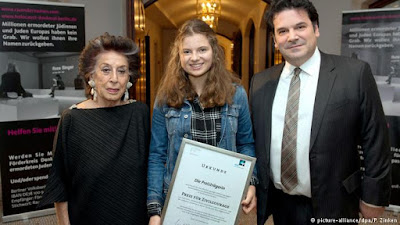 I turned in my classmates and earned the approval of a semitic vampire.

"Maybe many felt what I did was right, but they didn't think they could speak up," Emilia S. told DW.

I only had the full weight of the corrupt government on my side.

Emilia feels the students in her class did not have the "right attitude." She says some students took such tragic aspects of German history very lightly, while the others joined them out of fear.

Instead of being filled with suicidal guilt they're cracking jokes about the electric belts and the skull smashing machines. They need to be arrested.


The 15-year-old's courage was recognized on Tuesday by the Memorial to the Murdered Jews of Europe with the Prize for Civil Courage against Right-wing Radicalism, Anti-Semitism and Racism.

Never has the phrase "Wow, what a hero!" been more appropriate. 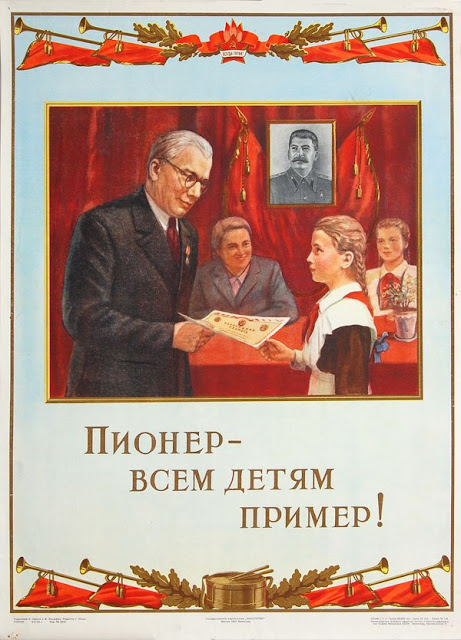 Emilia donated a quarter of her €2000 ($2,300) prize money to a 14-year-old Jewish boy from Berlin, who suffered anti-Semitic abuse at the hands of his classmates earlier this year.

You got called a name once, here's some shekels from a future childless cat-lady.


The boy's family said they would donate the prize money to a new counselling center for victims of anti-Semitic violence.

Finally a place we can go to complain about the cattle, even if it is really humid in there. 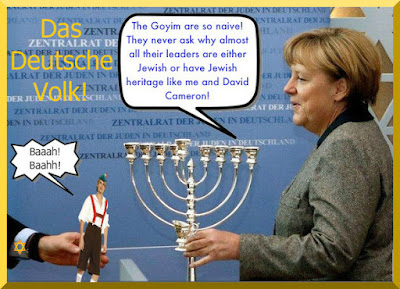